When it comes to branding a city, it’s about more than creating a logo or wordmark. Designers must capture the full dynamism of the place—big or small—in a mark that speaks to its culture and future. In a special feature from Japanese magazine +81, two Landor creative directors delve into how to get city branding right.

+81: How did you come to handle the creative aspects of Melbourne? What is your role, and what exactly are your main duties in those regards?

In my role as executive creative director, I am responsible for the overall effectiveness of the creative idea and its execution against all aspects of the brief. I direct the team, led by a creative director, to ensure that our work is not only original and stunning in its look and feel but that it also works as an organizational principle and enables the client to succeed in fulfilling its business ambition. 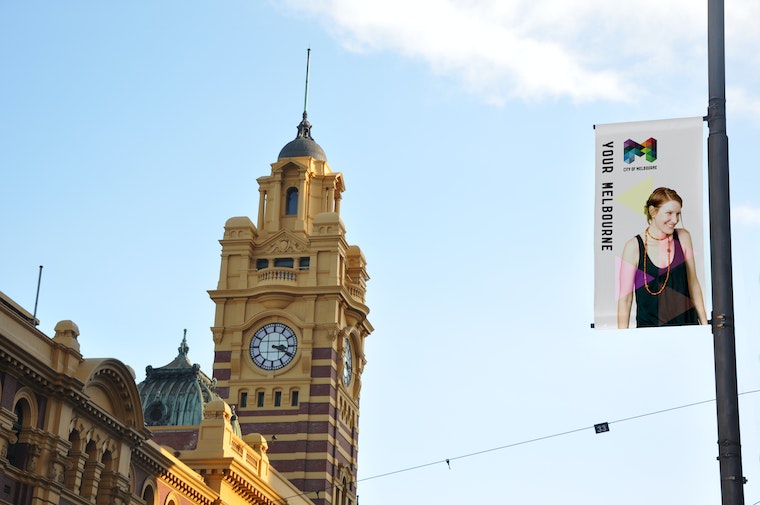 +81: Are there any particular design concepts for the creative aspects of Melbourne?

That it reflected what the city really stands for. For the City of Melbourne project, we wanted to create an identity that reflected the creative and diverse culture that sits at the heart of the city.

+81: Where did you get the idea for a logo and visual identity composed of graphical patterns? Share your inspiration with us.

We presented five very different ideas initially. Once the client had chosen the idea of an iconic M, we explored many different typographic styles. To bring to life the incredible diversity of the city’s activities, we created a wireframe within the final M and quickly developed the core mark. The team then set about developing as many derivations of the M as possible, using a broad-based color palette. Whatever happened geometrically inside the  letter, the shape of the M itself was never compromised, thus allowing each and every service, event, and venue to reflect its own personality, yet still remain connected back to the core mark. 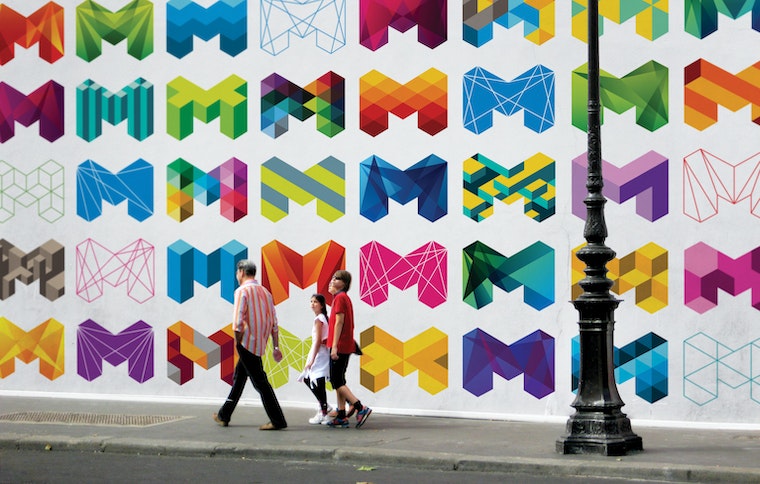 +81: Many of the logos are in various patterns. Why is this, and what purpose does it serve?

Each pattern reflects a different service that City of Melbourne provides. +81: What do you feel will be the role and importance of city branding in the days to come?

As cities become more accountable to its citizens and seek to attract commerce, tourism, and financial sponsorship and support, they need to be capable of defining who they are and what’s on offer. Brand is the mechanism to help broadcast and maintain the communication of a city’s unique idea and everything that makes it special. If you don’t define yourself, others do it for you. +81: How did you come to handle the creative aspects of Covington? What is your role, and what exactly are your main duties in those regards?

In my role as creative director, I’m responsible for the overall quality and clarity of our design work. I work with my team to ensure our designs are aesthetically stunning, original, and strategically sound.

For the City of Covington project, we wanted to capture everything that makes Covington the raw and beautiful city it is. Some of the designers on our team live in the city, so we were able to tap into their personal experiences. We also got to know the people of the community and the area, and used that to inspire the creative direction. 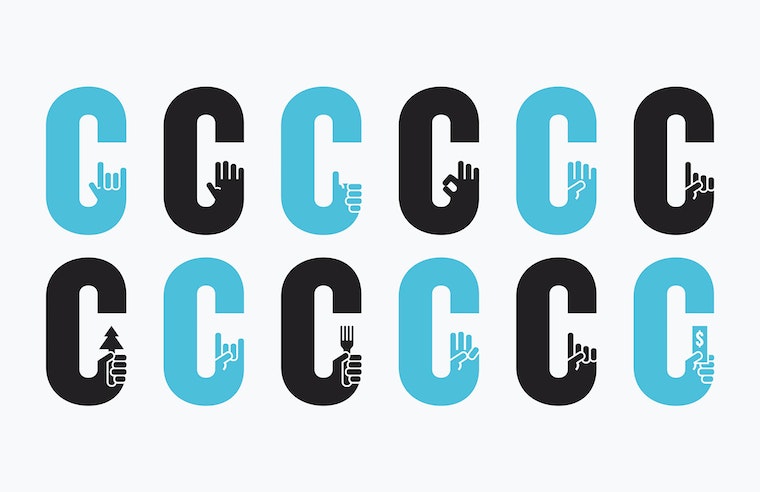 +81: Your pop logo designs with hands in various poses really stand out. What is the intent or concept behind them?

One of the most important things about destination branding is that the people who live in the community feel like it’s theirs. Our idea was to create something that could change and grow right along with the people. It’s endlessly expressive, doing things such as shaking hands, giving a thumbs-up, or helping get a job done. The mark took on a life of its own, flexing based on the message. It helped bring to life the colorful, vibrant city that Covington is today. 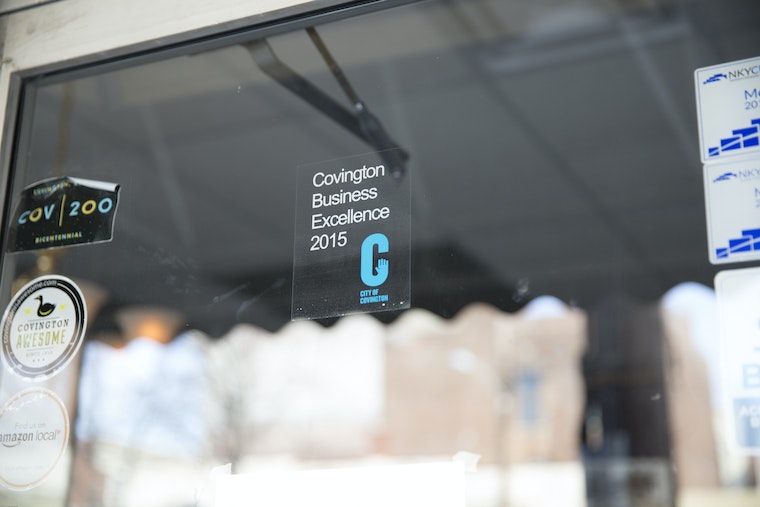 +81: As someone who has done branding for many different clients, what were you particular about with the visual identity for Covington?

The most important thing when designing a city brand is ensuring that it’s relevant and compelling enough for people to embrace it. I was very particular about designing a living, breathing system that could modulate—one that people could have fun with. 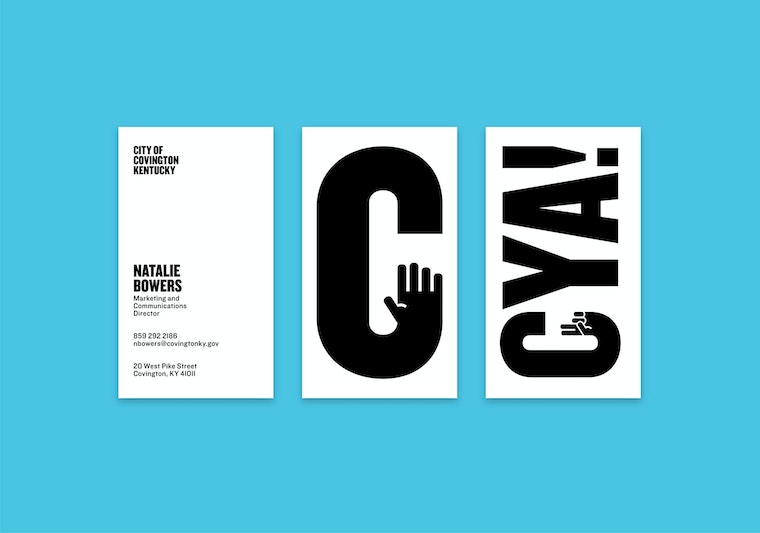 Package & Design recently honored Landor with a cover story featuring over 20 Landor projects from around the world, a look at our history, and interviews with four senior executives. >

Rebranding the city of Melbourne

Rebranding the diverse city of Melbourne meant showing off its cool sophistication and capturing the passion of its people. >