In the golden years of Australian manufacturing, General Motors Holden enjoyed a market share that was the envy of both local and foreign competitors. Out of all the local manufacturers, General Motors (GM) had a brand that was more Australian than the rest. While Ford’s investment in producing cars that were designed and made for Australia was never in question, every vehicle it sold carried the blue oval badge, which inextricably linked it to its parent company in the United States. Toyota, Mitsubishi, and Nissan all endured a similar challenge.

GM, however, was different. Its cars were branded as “Holdens.” Sure, any serious revhead knew GM owned Holden, but somehow the relationship felt distant. The company producing large, powerful V8s at Fishermans Bend in Melbourne was held in high esteem by many Australian motoring aficionados. 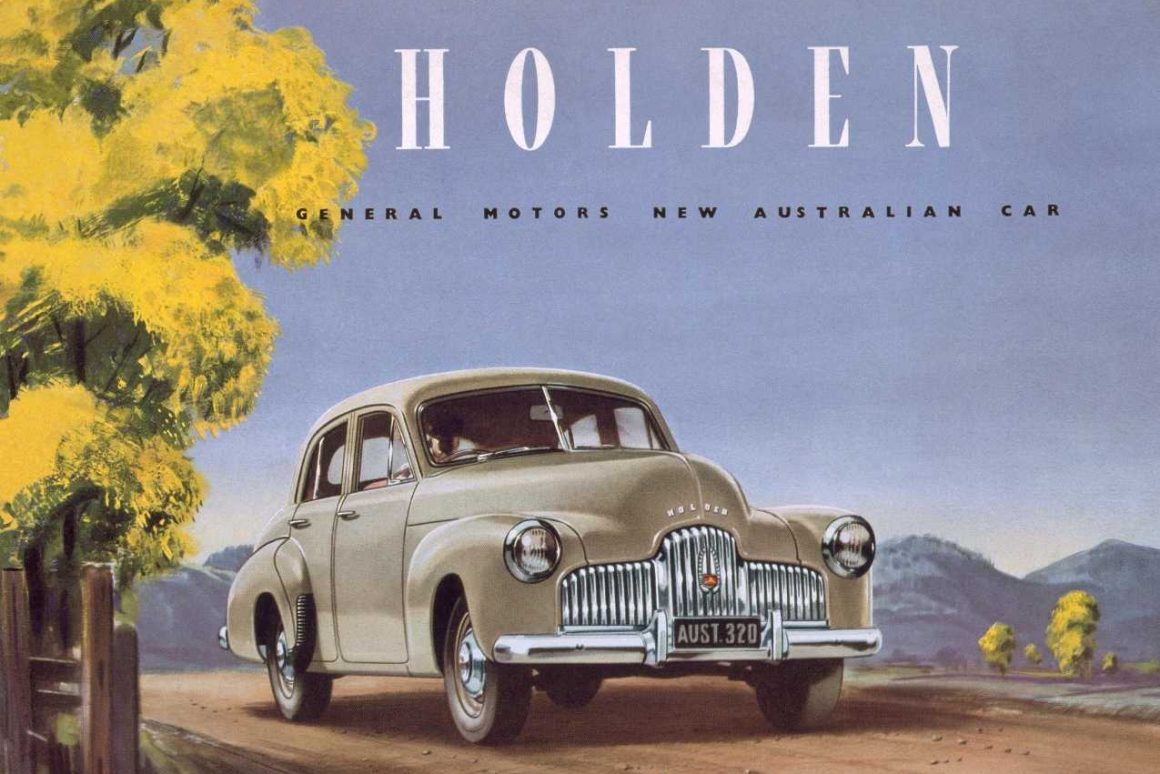 A recent market share evaluation put Holden at approximately 5 percent of all vehicles sold in Australia. This is a long way from the close to 30 percent market share the company had in the 1960s. While many would argue the company had little choice but to cease manufacturing cars in Australia, it’s unlikely anyone would have predicted such a fall from grace for a brand that was once synonymous with football, meat pies, and kangaroos. There’s much that Australian brands can learn from this decline to ensure they don’t face the same fate.

When did it all go so wrong?

When Mitsubishi stopped manufacturing cars in Australia in 2008, the remaining three manufacturers should have revised their approach to meet the needs of Australians. The social fabric of Australia was changing, and along with it the traditional family nucleus was under threat. Couples were marrying later, divorce rates had edged past 50 percent, the birth rate had fallen below 2.3 percent, and fears of “peak oil” were running high. How did Ford, Holden, and Toyota all respond? They placed even greater emphasis on manufacturing large, family sedans with scant regard for smaller, more fuel-efficient models. 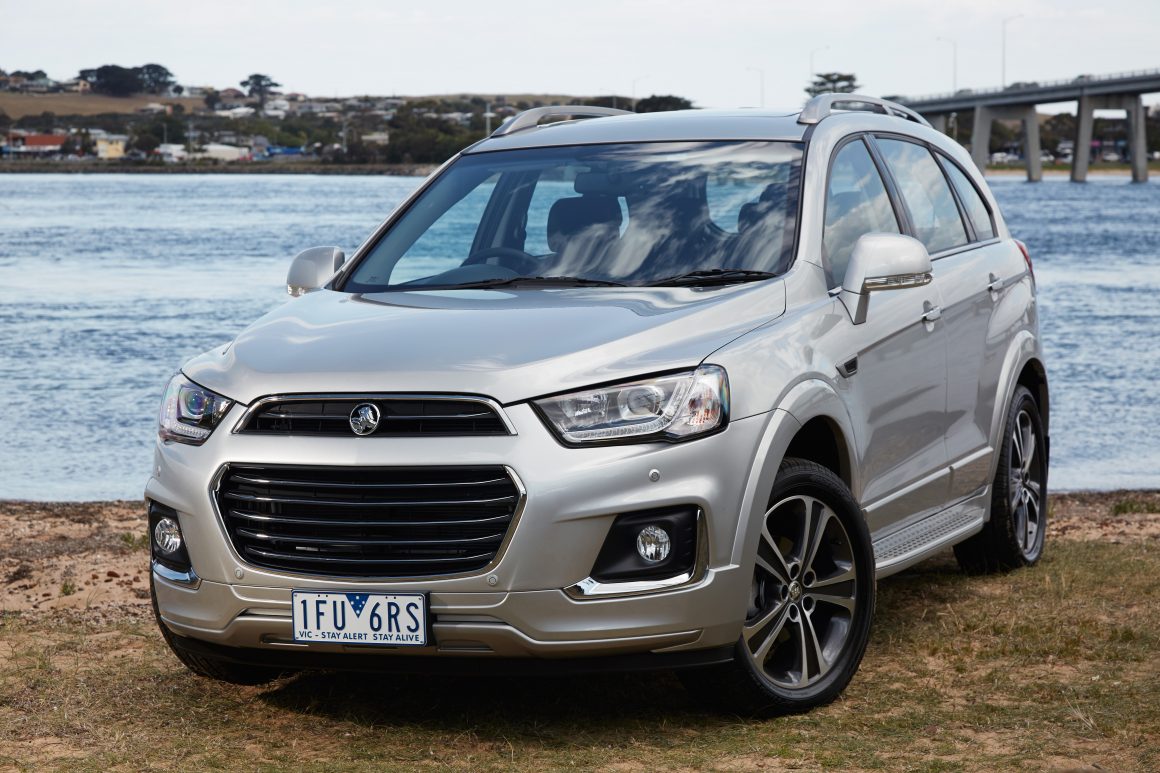 But then we’re always afforded 20-20 vision in hindsight—even though the actions of Australia’s three remaining car manufacturers in 2008 suggest that foresight was running short. This is particularly evident when the product lines of Ford and GM in the United States are contrasted with that of Australia. By 2008, Ford and GM were moving away from gas-guzzling sedans in North America. SUVs and energy-efficient compacts were the new order. So, why did the model lineup in Australia not adapt?

Inflexibility in manufacturing fused with the benign hope that things would go back to the good old days is probably the most realistic answer. For a while, sales of Holden Commodores and Ford Falcons did increase. Under closer scrutiny this brief was mainly attributed to one thing: Australians realized oil prices would only go up. Given this, many buyers decided to have one last fling with owning a V8 and purchased an Australian-built Ford or Holden.

Has General Motors passed the point of no return with Holden?

Perhaps Holden should have scrutinized the actions of its traditional rival, Ford. When Ford announced its plans to cease manufacturing cars in Australia, the company was criticized for halting the sale of its flagship model, the Falcon. Two years later it appears the pundits got it wrong and Ford’s marketing execs had the better read on the market. 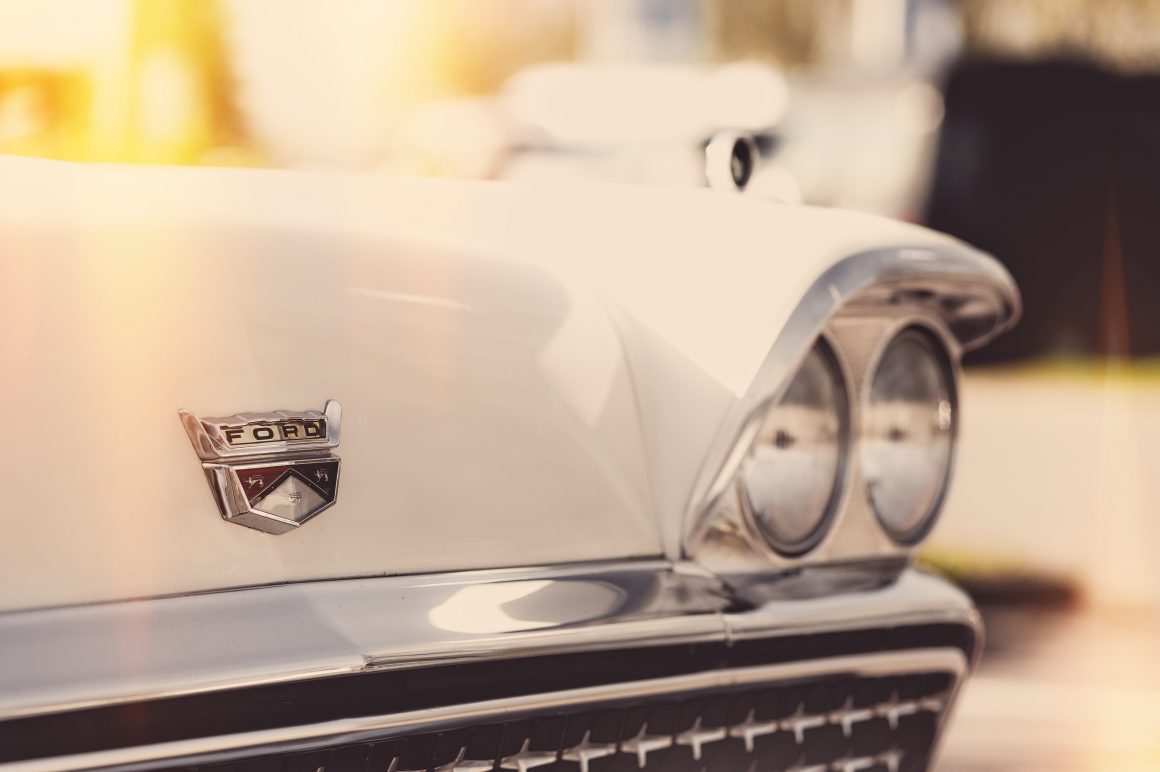 Ford’s marketing team realized that if a much-loved Australian brand like the Falcon or Commodore is not designed and built in Australia, then it really doesn’t matter how good it is— Australian motorists don’t want a bar of it. Ford looked hard at consumer behavior and found that brand loyalty was very much connected to place, not just name. Somehow, however, even with Ford’s example, the marketing department at Holden thought it could get away with keeping the Commodore’s namesake and slapping it on a French import.

I recently asked one of my colleagues how he felt about the “new Commodore.” He looked surprised and advised, “The last Commodore rolled off the production line late last year.” I then showed him the French-manufactured Commodore. “Mate, that’s not a Commodore,” came the response, “that’s a Peugeot.”

Where to from here?

The challenge facing the marketing team at Holden is not dissimilar from the one a number of Australian brands face when going offshore to source products that were once made in Australia. In this instance Holden should have given Australian consumers more credit. It was always going to be an act of Houdini-like proportions to pull off the type of switcheroo that Holden attempted. Or, to put it another way, die-hard Aussie motorists are more discerning than the folks at GM gave them credit for. 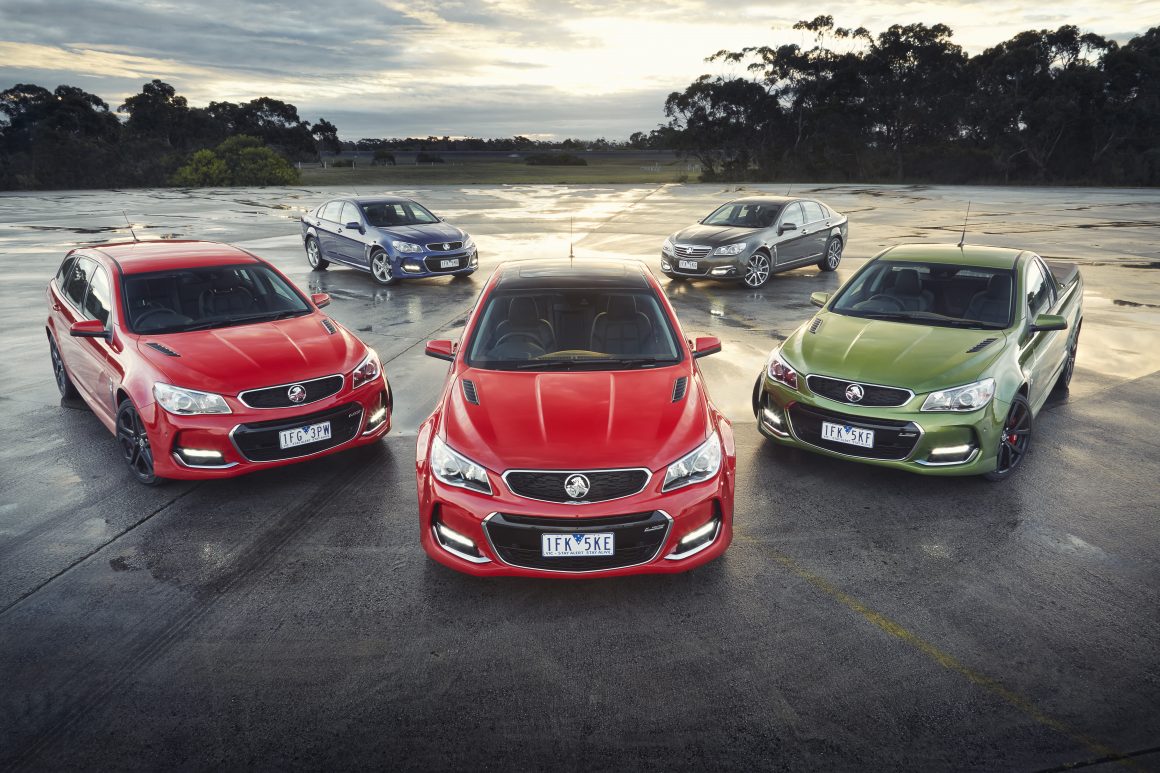 To take a large, high-powered, rear-wheel-drive Australian-built car and replace it with a front-wheel-drive, underpowered French import in the naïve hope that no one would notice seemed destined to fail. Surely, no one at GM Holden is surprised at the dip in market share since the French Commodore was unveiled.

Much of branding is about leveraging emotion—whether you’re selling tech products to a younger demographic or expensive European handbags to a high-end socioeconomic set. Holden seems not to be firing on all cylinders in this regard. If I were engaged to consult, my advice would be simple: Ditch this forlorn hope that a French Commodore will be the panacea to the brand’s current woes. Instead, look to what has always been the key point of appeal for Holden in Australia: large, powerful, rear-wheel-drive cars capable of comfortably traversing long distances. This isn’t to say that Holden should walk away from more fuel-efficient, compact models. To be clear, that is the future. But what Holden needs now is a model that is synonymous with its heritage and a beachhead for the rest of the range. In GM’s case the solution has a name: the Chevy Camaro. 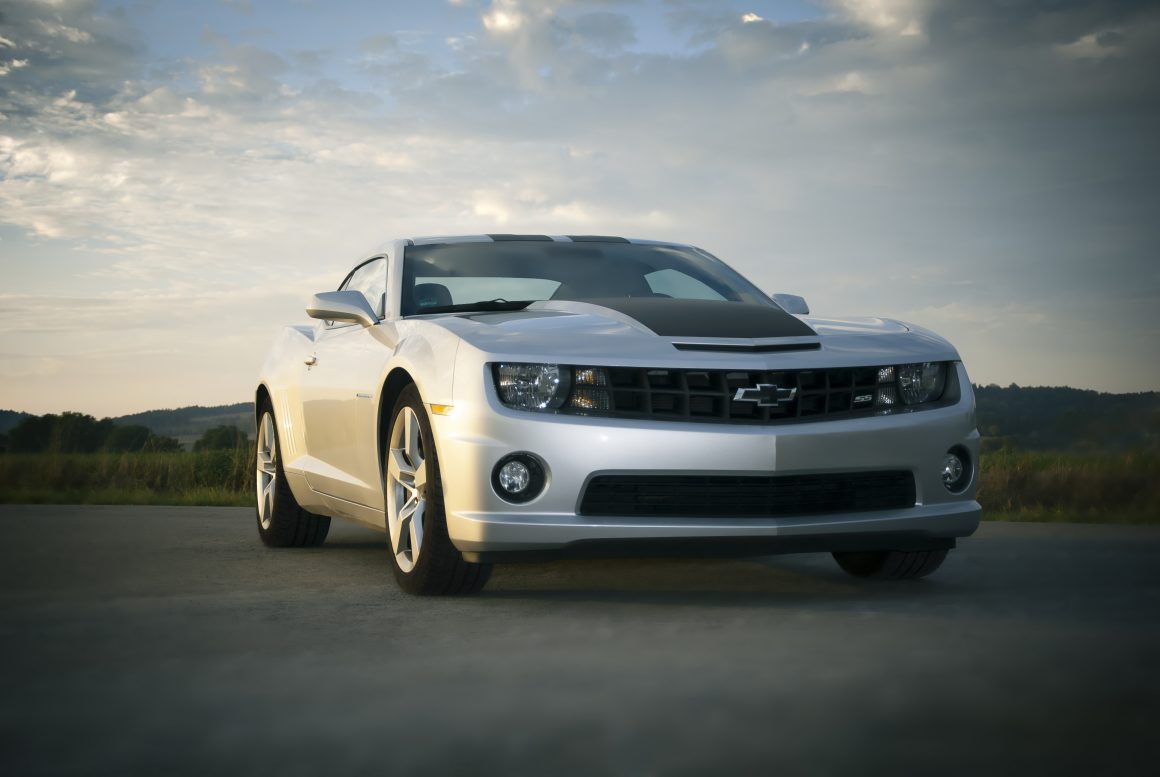 Will volumes of this vehicle surpass that of the Commodore? Never. But, they don’t need to. Great brands stand for something while never standing still. The introduction of a V8, rear-wheel-drive Holden Camaro will send a strong message to Holden’s faithful brand fans that the company is still serious about its heritage. Sure, it may not be manufactured in Australia, but it is made for Australian conditions and has all the hallmarks that Australians hold in high esteem.

Oh, and it looks and sounds nothing like a Peugeot!

There are some key learnings that any marketer can learn from the Holden experience. First, all brands need a flagship model from which to anchor their marketing efforts—think Audi and its magnificent R8 Supercar. Ford quickly realized this when the call was made to abandon Australian-made cars in 2016. After five decades of building the Falcon brand, the company realized it was unlikely to succeed if it tried to replace it. It couldn’t have been an easy call, but such decisions rarely are. The Falcon brand was discontinued and the Ford Mustang gradually introduced, much to the delight of a nation of revheads. This approach gave Ford Australia time to reestablish its brand’s purpose, enabling it to create an overarching narrative and new positioning. It also provided much-needed time to allow Ford to tailor its range for twenty-first century Australian households. 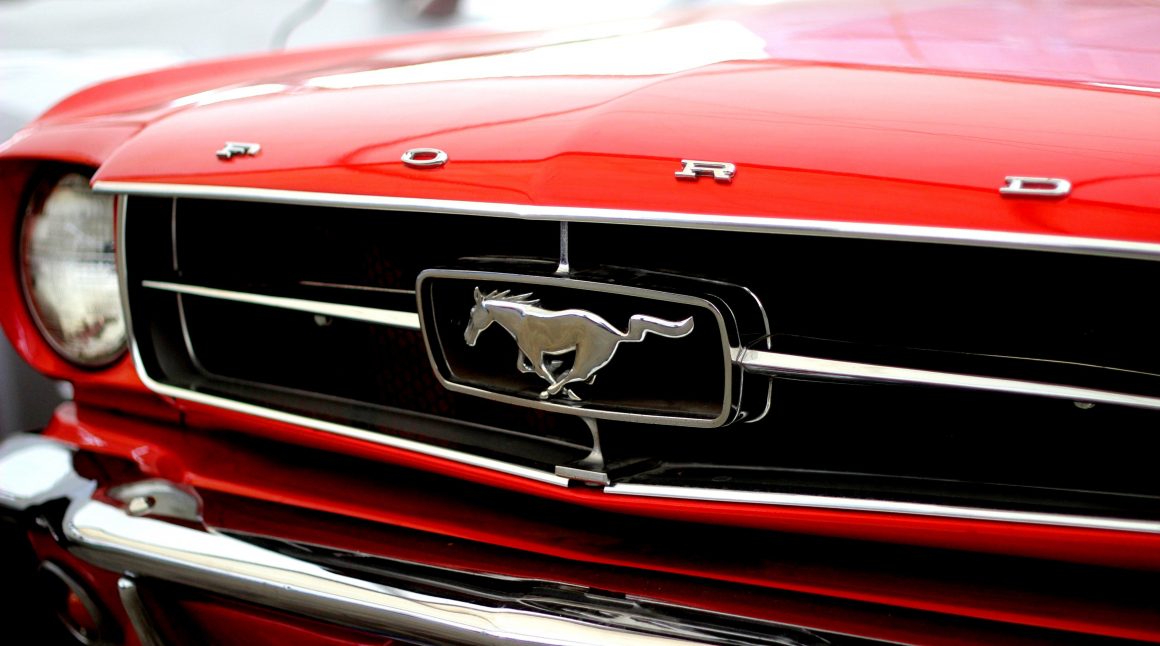 All is not lost for Holden, but at a 5 percent market share, time is running out. To succeed long term, Holden must adapt its product range to what Australians really want: delivering a vehicle that meets and exceeds the expectations of its target audience.

Second, brand is very much king as the company grapples with how to appease a once loyal customer base that now feels betrayed by GM. In times of crisis marketers are often best to simply play the shot in front of them. This is where the third important learning lies: Holden’s brand custodians should go back to what made the brand famous. Large, powerful cars perceived as appropriately equipped for anything the Australian terrain can throw at them. This is the immediate antidote to the company’s problems and will go a long way to influence how the Holden brand is perceived in Australia. For a company with a bevy of U.S. models capable of being imported to Australia, the road to redemption seems clear.

This piece was originally published in Marketing (9 July 2018). Republished with permission.

Putting brand in the driver’s seat

How will car brands coexist with the era of the self-driving car? Nick Foley delves into automotive branding and discusses its future if drivers really become obsolete. >

The battle of agility: Automotive branding in the modern age

Royal Enfield has long been a brand admired and cherished in India. The Ambassador, produced by Hindustan Motors, was also widely revered. Nitika Parekh looks at the history of each brand to understand why one thrived, while the other failed. >