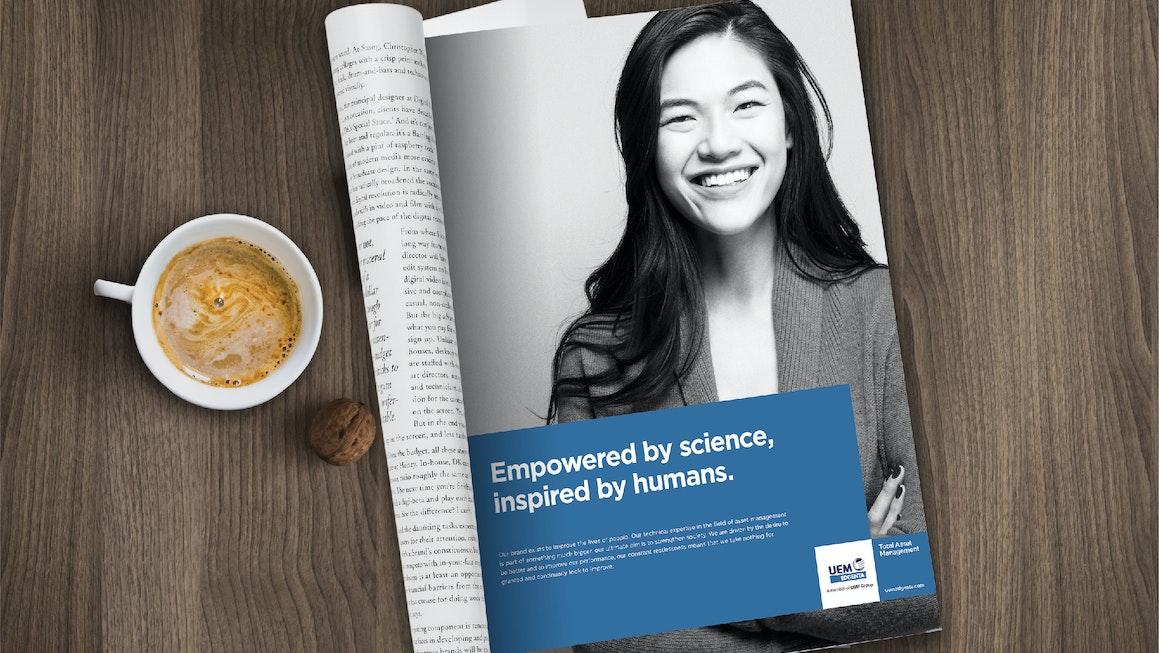 A global competitive audit revealed the infrastructure asset management industry is viewed mostly as rational and logical. If the brand were humanized, UEM could own rare emotional territory in this competitive landscape. Through Landor’s prototyping workshops, we landed on the idea that asset management’s ultimate purpose is to improve lives and strengthen communities. For example, we don’t build roads because we love the smell of asphalt—we build them to help the community travel safely, quickly, and comfortably.

A brand with momentum

From this insight, we created a brand designed to inspire and strengthen the communities the company touches.

We named the new brand UEM Edgenta. Focused on the future, the name plays off the word “edge” to capture the spirit of the company’s momentum. Landor also recommended that the company describe its services as total asset management to elevate its standing in the industry.

A reason to come to work

All three original companies had loyal and proud workforces, so one of Landor’s biggest challenges was unifying them behind one new brand. We had to work quickly—not only to build a new company culture, but also to make and share predictions about the company’s future to ensure buy-in from key leaders. The internal engagement program was built on the idea that UEM Edgenta’s work improves society, giving employees a reason to come to work in the morning other than their paychecks.

This new spirit was brought to life in brand launch advertising that appeared in the Malaysian press, and the business community took note: UEM Edgenta was featured on Forbes Asia’s Best Under a Billion list.

What’s next for Malaysian brands?

In a market of just 30 million consumers, the time might be right for ambitious Malaysian brands to look farther afield for growth. >