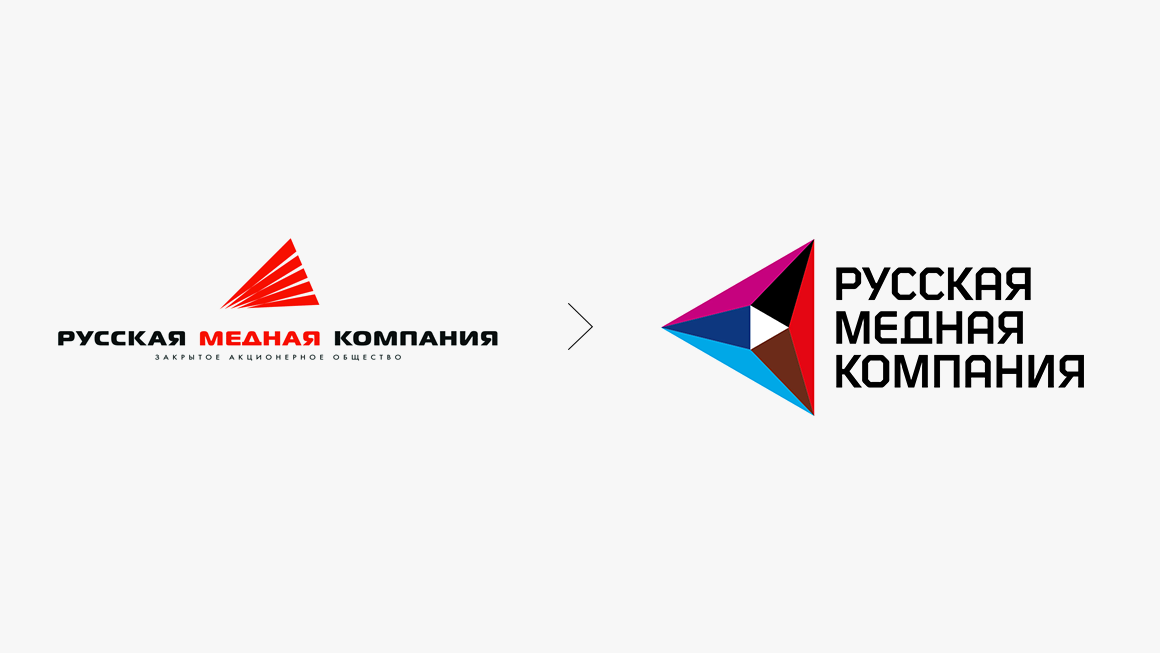 Despite operating two of the world’s largest mining projects, Russian Copper Company was little known outside the Ural region. Behind this lack of recognition was a fractured corporate identity; in 2013, RCC was running 10 enterprises under as many different names. 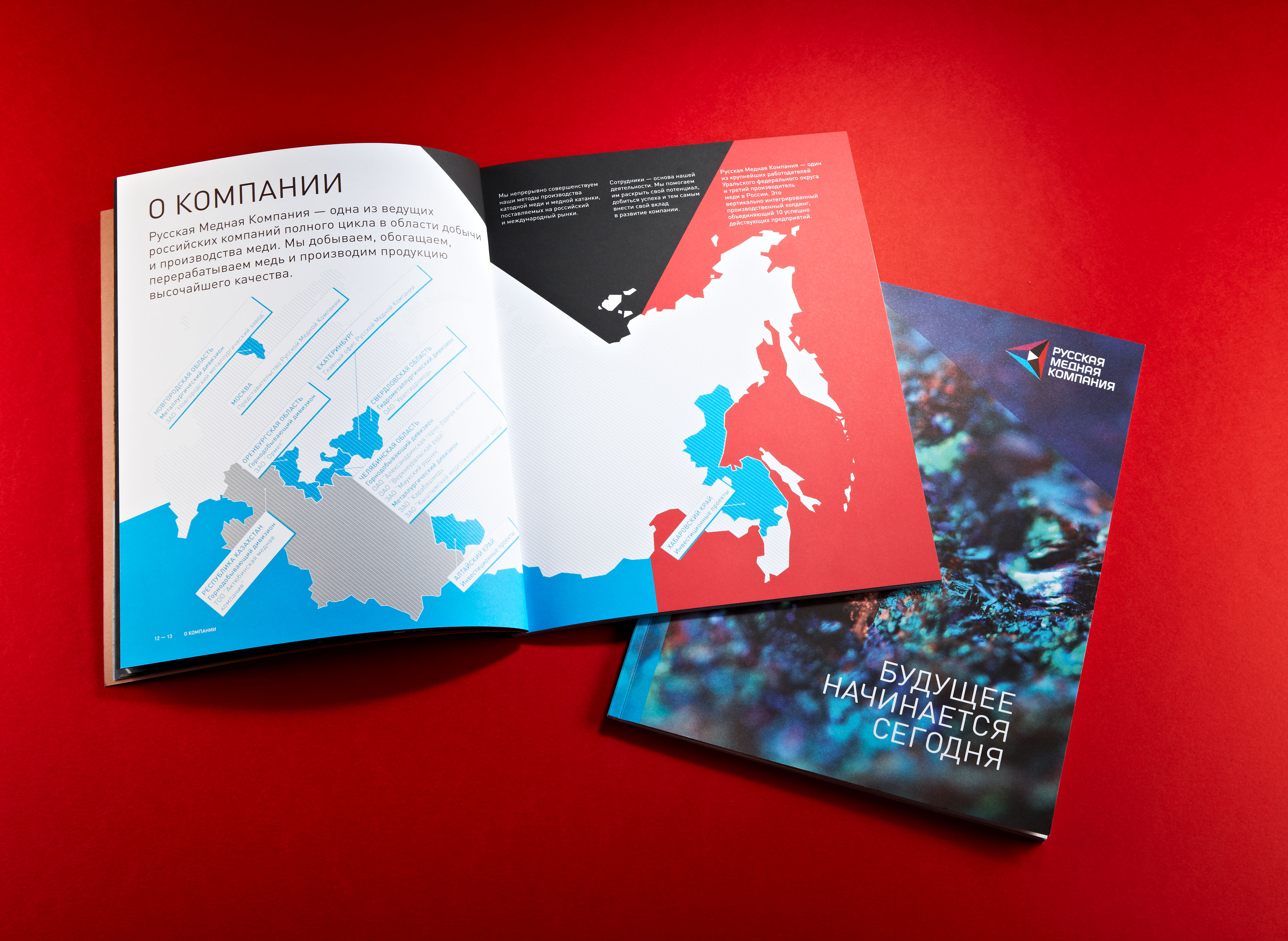 Russian pride at the forefront

Knowing that fierce Russian pride was central to the company’s identity, Landor shaped a brand story that honored RCC’s heritage of patriotism while highlighting its vision of becoming the best-run copper company in the world. We positioned RCC as an industry pioneer with a distinctively Russian flavor. 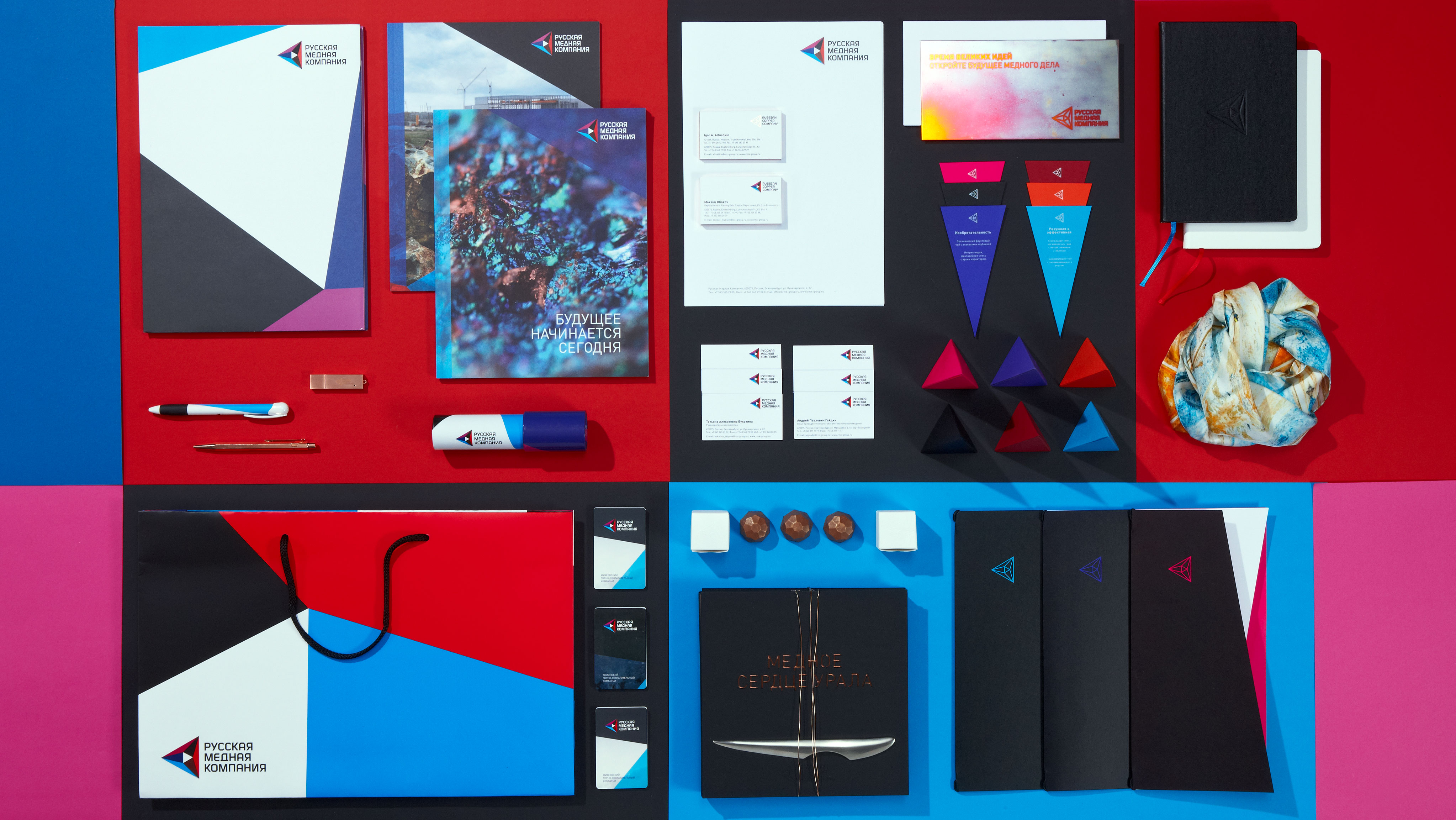 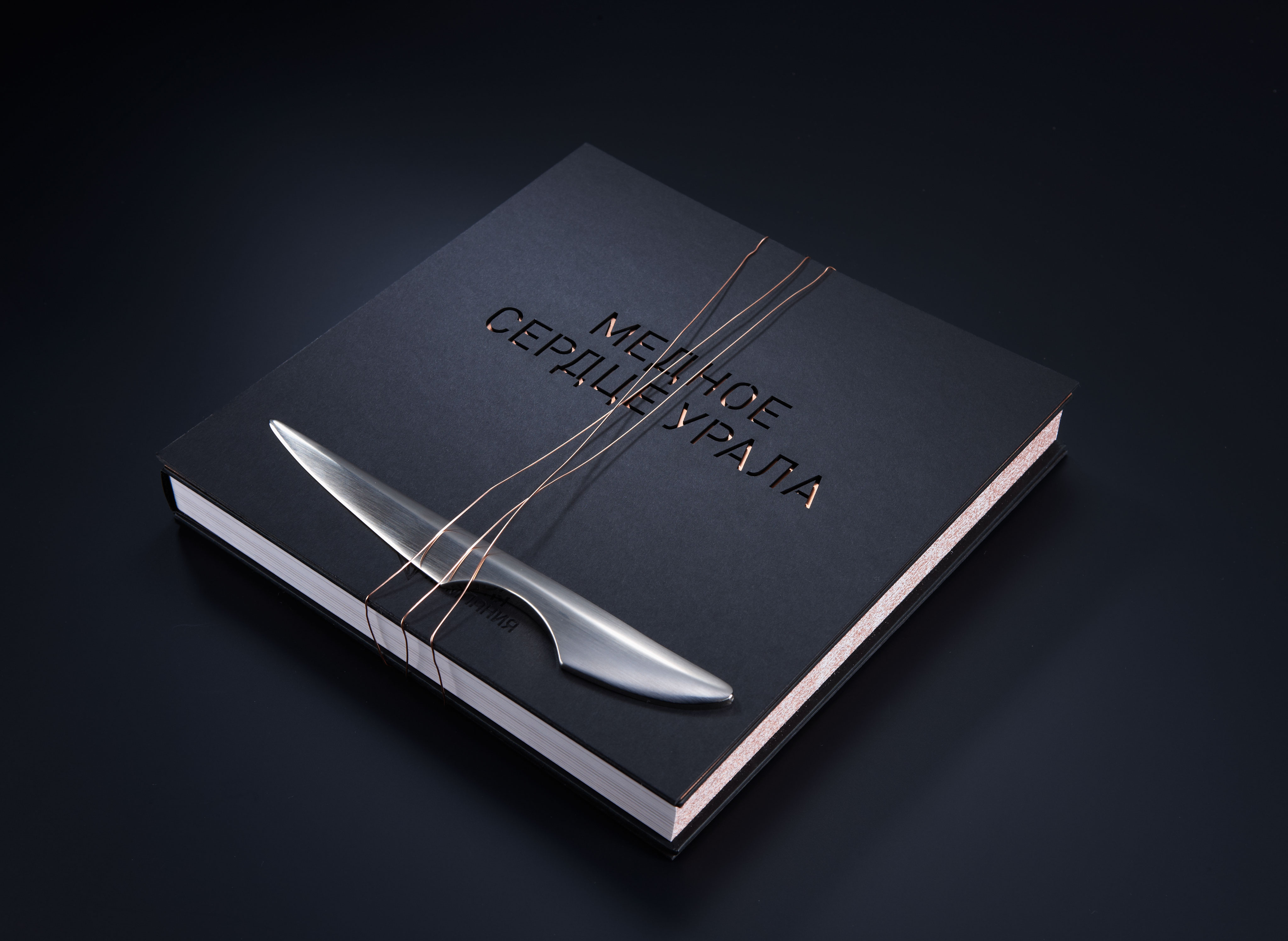 Landor conceived a unique way for RCC to tell business partners about its new brand: the Copper Bible, a handmade gift book with copper front and back covers. The book celebrated the company’s intelligent mining—but could only be read once the included knife was used to cut through the packaging.

The Copper Bible won gold at the Moscow International Festival of Advertising and Marketing (Red Apple), special mention from the German Design Awards, and gold in the WPPed Cream Awards, and was a finalist at New York Festivals World’s Best Advertising. 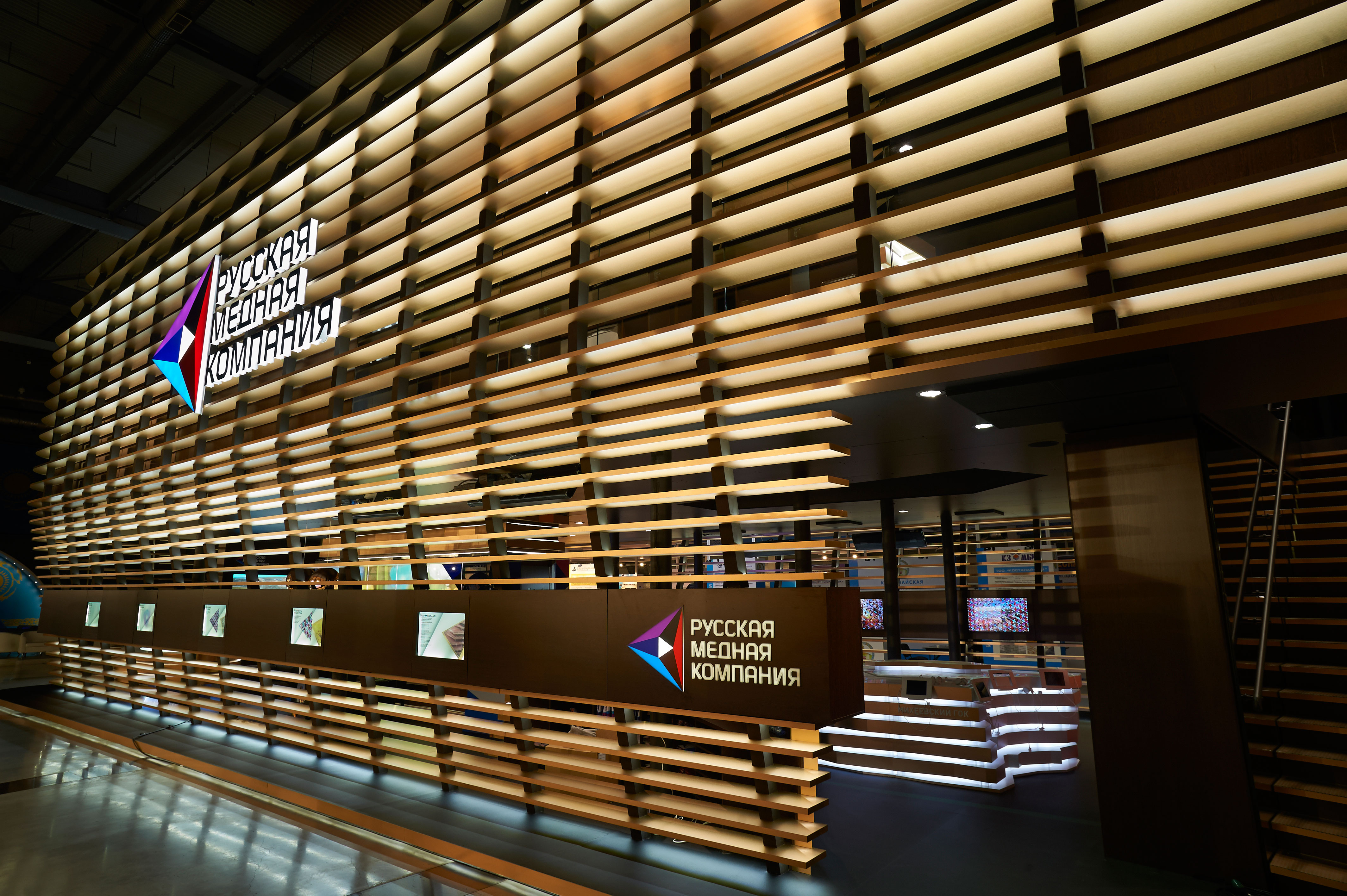 From logos to experiences

To unveil the new RCC brand to the world, Landor helped the company build a showstopping two-story mine exhibition for Innoprom and the Russia-Kazakhstan Forum, two of Russia’s largest industry events. 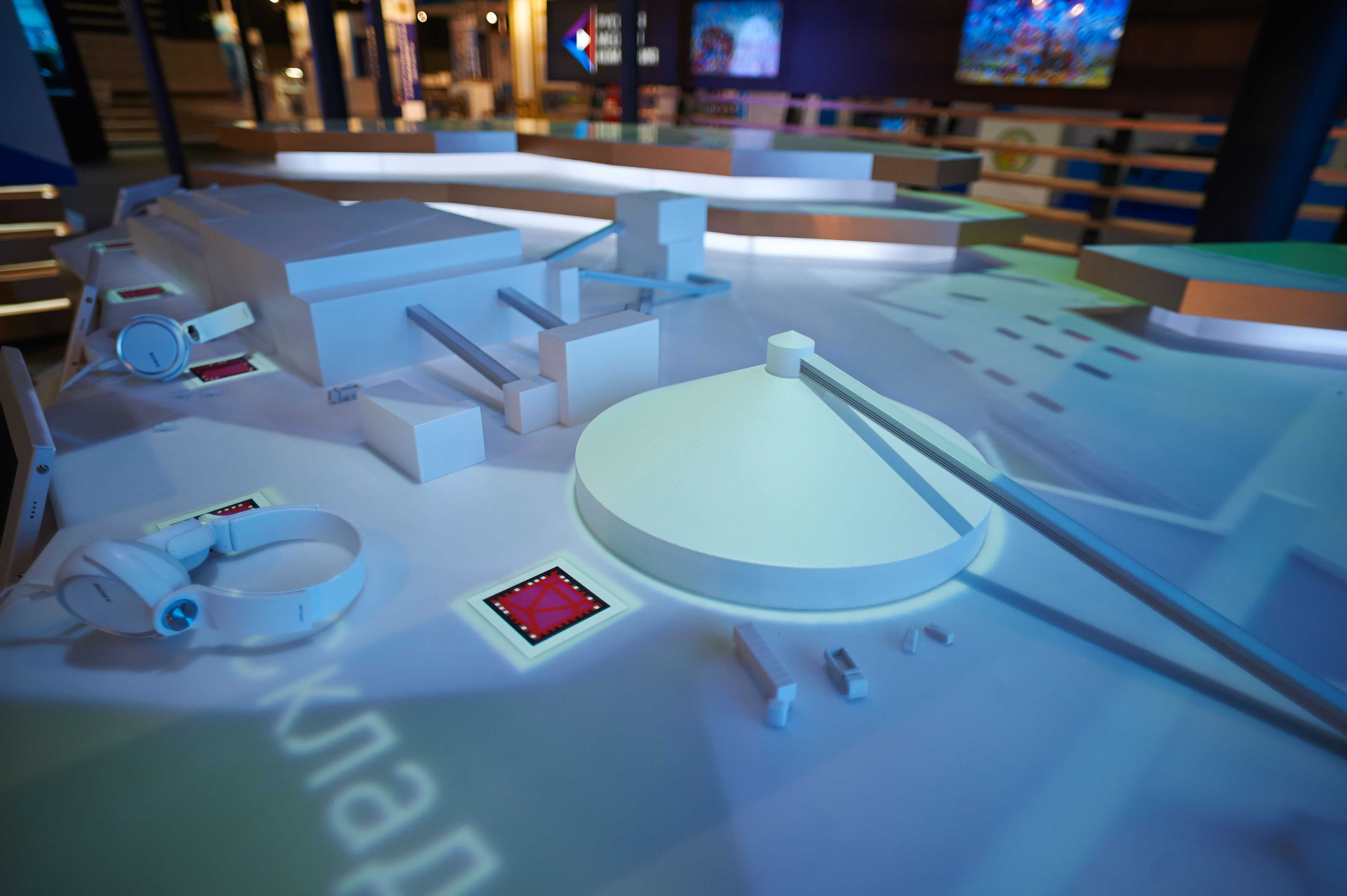 At the center of the exhibit was a model of RCC’s Mikheevsky mine. The model, sitting atop a stylized replication of rock layers, came to life through projection mapping. It also featured 13 points for visitors to set in motion augmented reality activities. 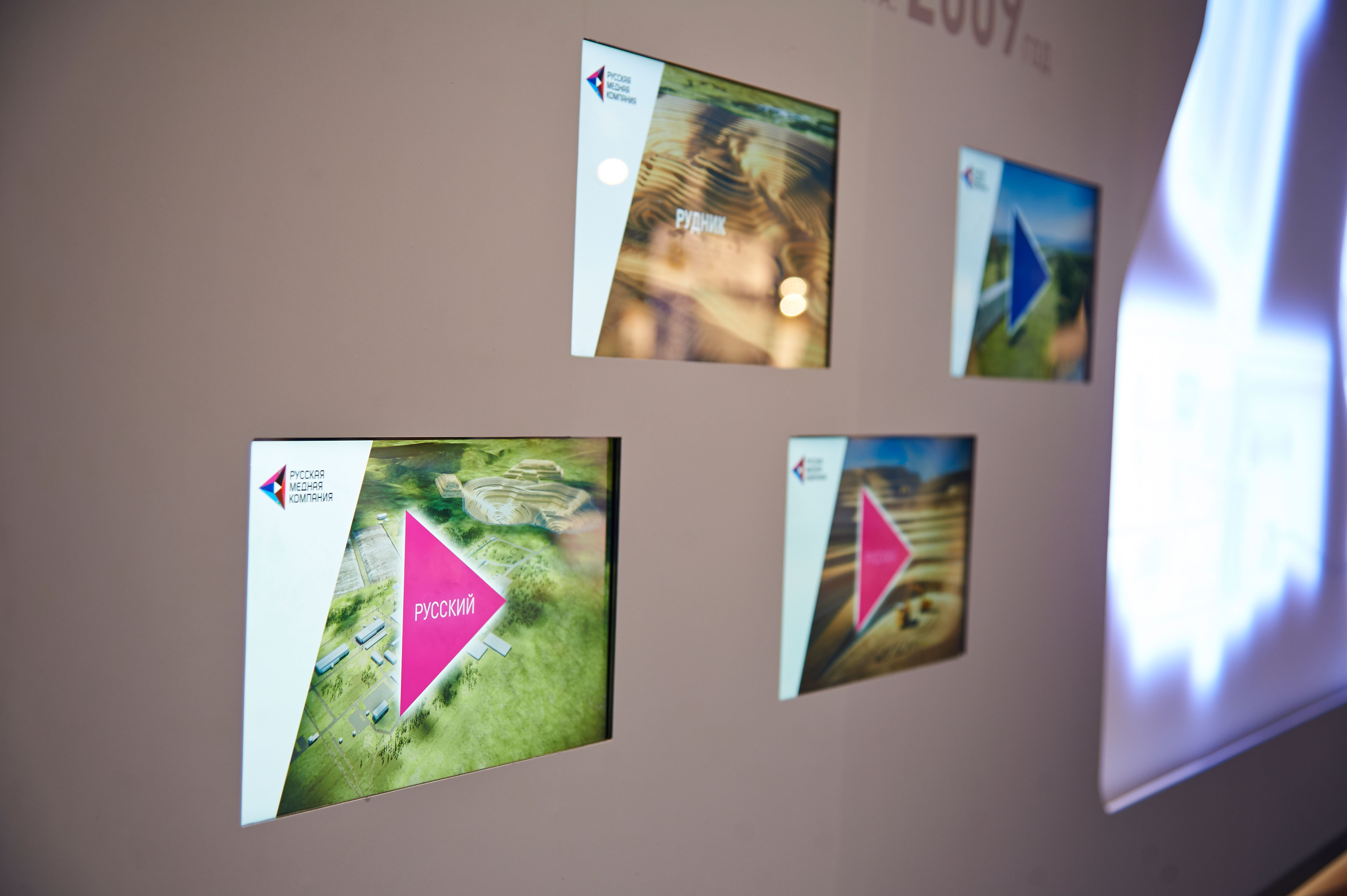 The second part of the exhibit centered on the Tominsky mine, among the largest of its kind. Animated touchscreens let visitors explore key aspects of the mining process, and short videos documented RCC’s support of Russian mining communities. 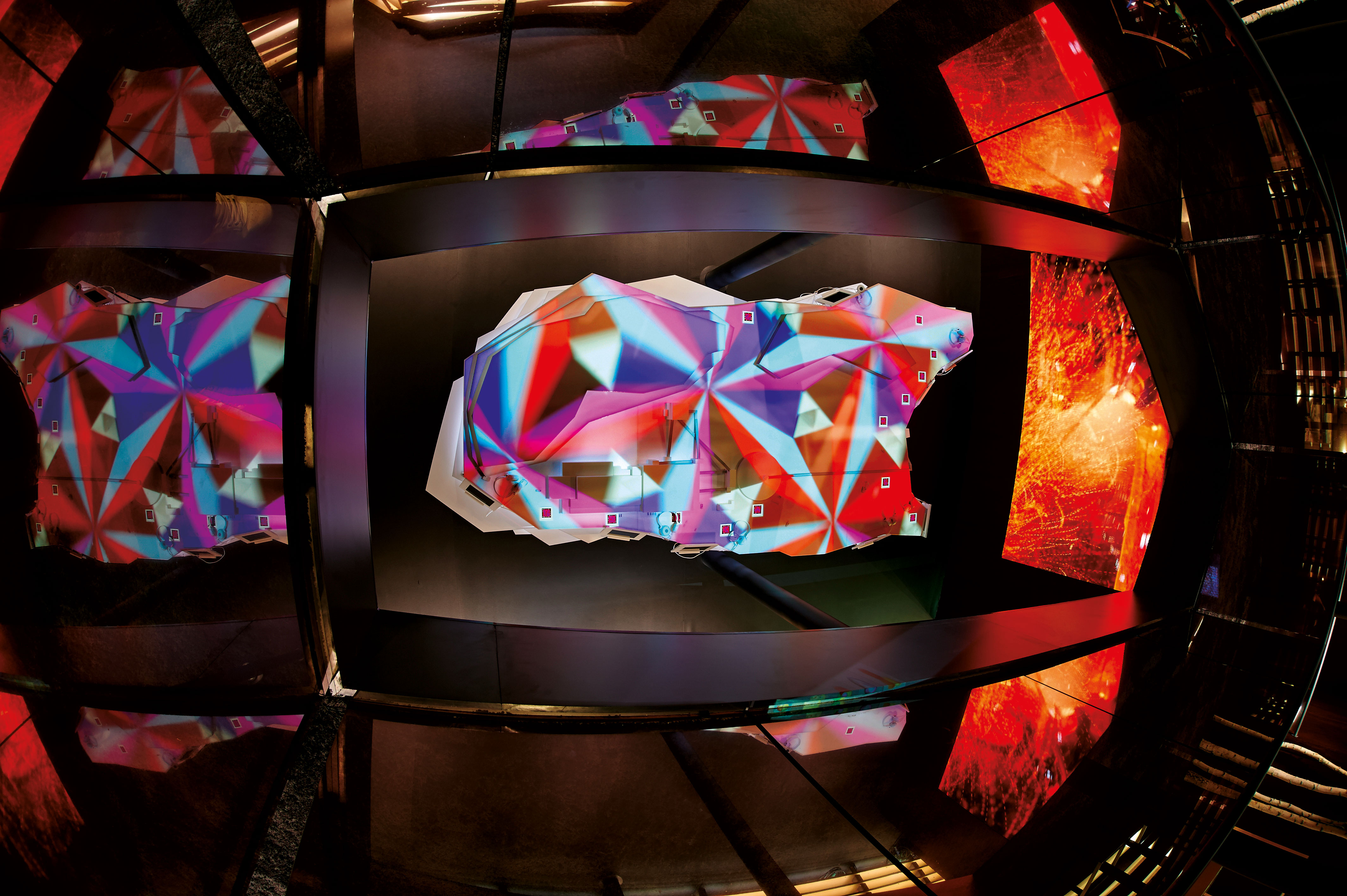 The exhibit’s top floor was a VIP lounge for business meetings and informal networking. Guests enjoyed an imperial tea selection, desserts, and five-star restaurant service, complemented by sweeping views of the mine exhibit below. 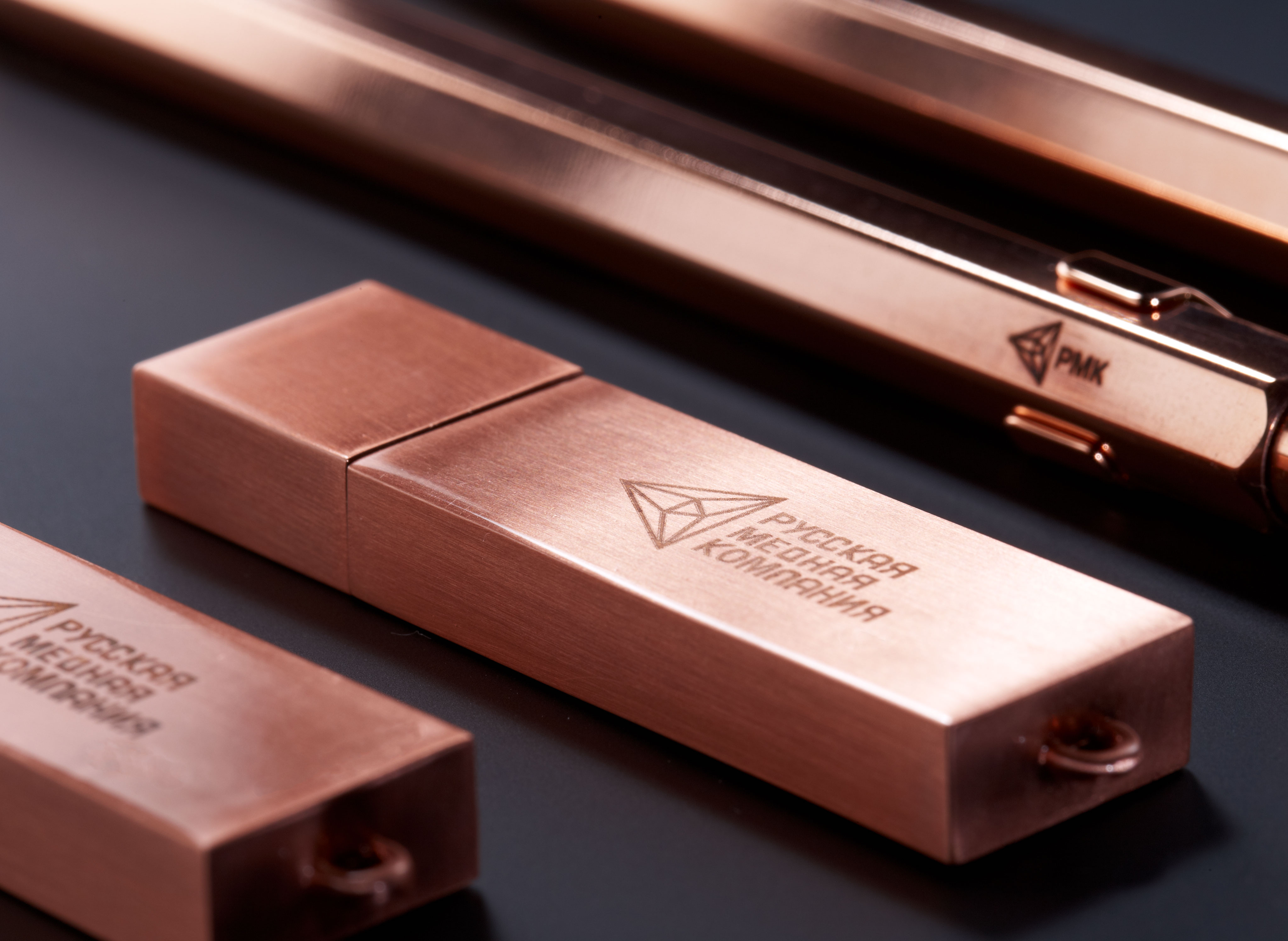 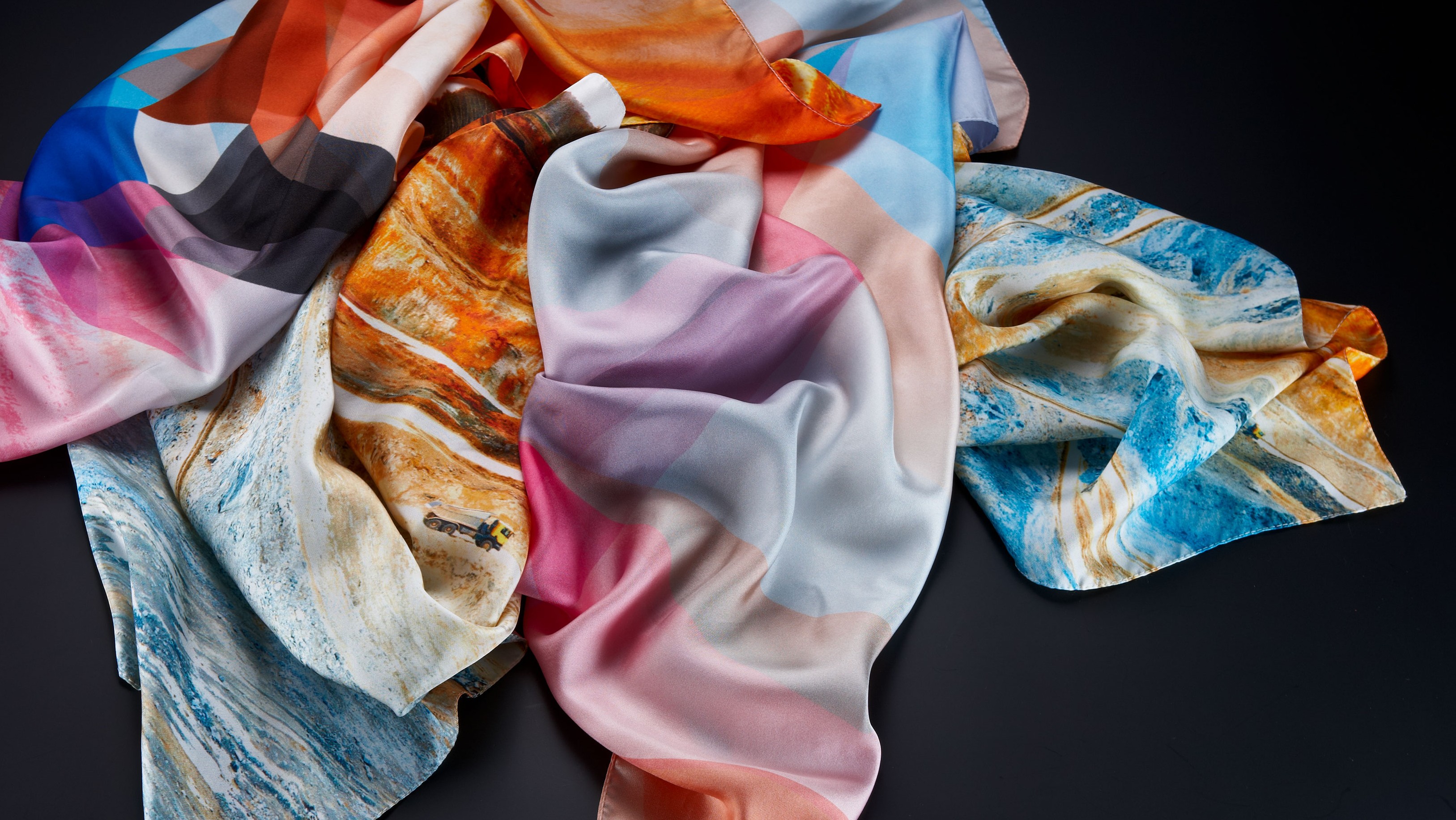 After RCC’s companies began working under one brand, revenue increased from ₽54.8 billion to ₽70 billion. The company has announced plans to construct an opulent headquarters in Yekaterinburg that will prominently feature RCC’s new brand. 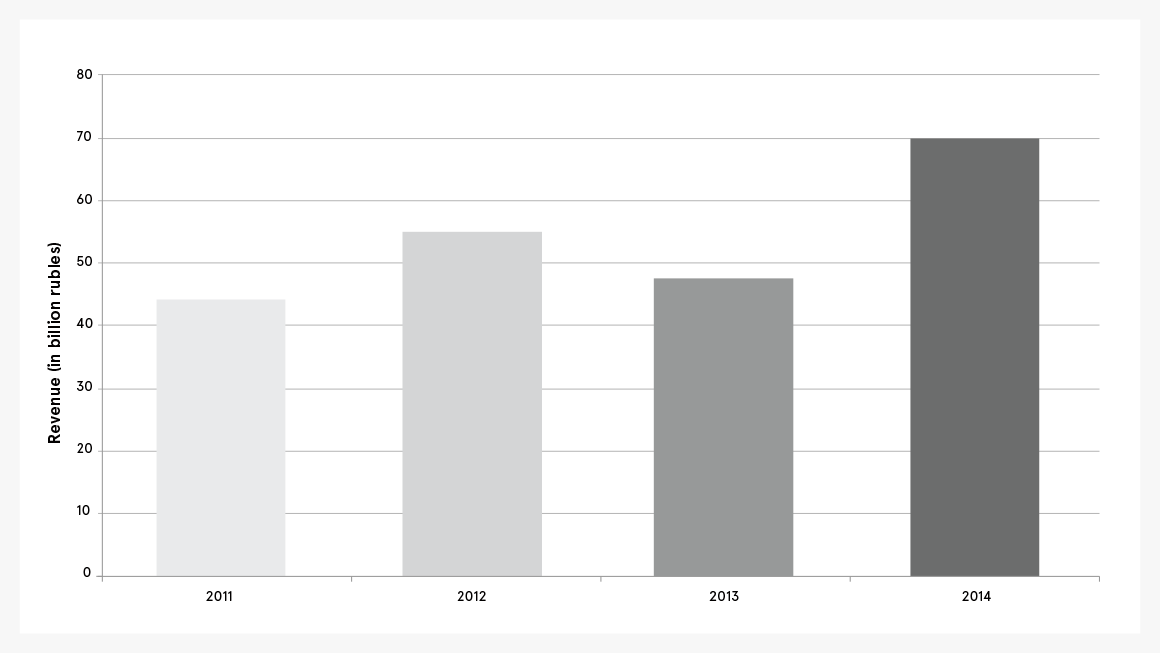