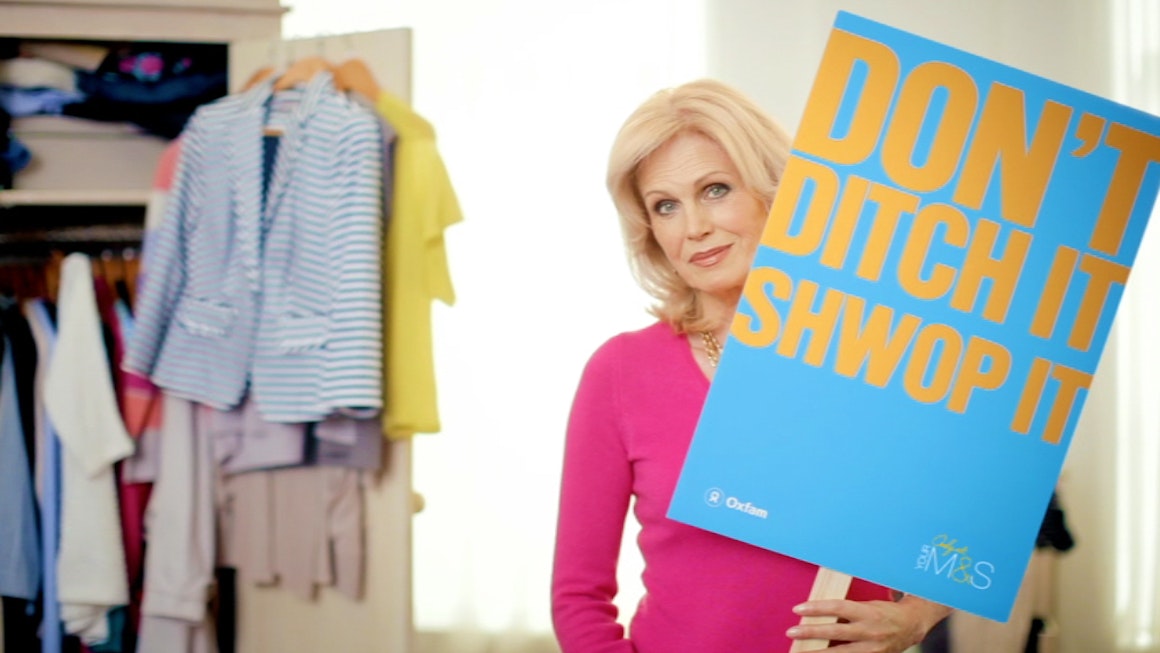 New opportunities to give back

After spending a year with Marks & Spencer helping develop a retail strategy to energize its food, fashion, and home goods departments, Landor’s next step was to find new opportunities for the brand to stand out. While M&S has long been committed to the environment, its efforts weren’t being recognized.

Inspired by M&S’s existing partnership with Oxfam—offering shoppers a £5 voucher for clothes exchanged—we refashioned the donation program into a statement-making initiative. For every new clothing item purchased, customers were encouraged to donate an old garment at an in-store Oxfam drop-off bin. This behavior-changing concept not only made it easier to donate to Oxfam, but shoppers were also motivated by a sense of responsibility, rather than monetary incentives.

We recruited British actress Joanna Lumley from the sitcom Absolutely Fabulous as Shwopping’s brand ambassador for an integrated campaign. It included TV, print, and digital media with special emphasis on starting a conversation about Shwopping. Customers could register their shwops via a QR code, visit a Facebook page to compare shwops, and enter draws for weekly prizes.

M&S transformed a London road into ShwopStreet by dressing it in 9,513 items of clothing—the amount thrown away in the U.K. every five minutes. It also hosted ShwopLab, a studio where young designers turn shwopped clothes into experimental fashions. Creations were featured on M&S’s digital and social media platforms.

Embraced by the community

Shwopping was a success, with 3.6 million items shwopped and £2.2 million raised for Oxfam in a single year. A C&E opinion poll found that the M&S-Oxfam collaboration was the most admired corporate partnership in Britain. Its success prompted M&S to launch Shwop at Work, a program that helps offices hold their own recycling drives for used clothing.

Brick-and-mortar malls become destinations, thanks to 1,000 ideas from Landor that create a joyful experience for shoppers. >