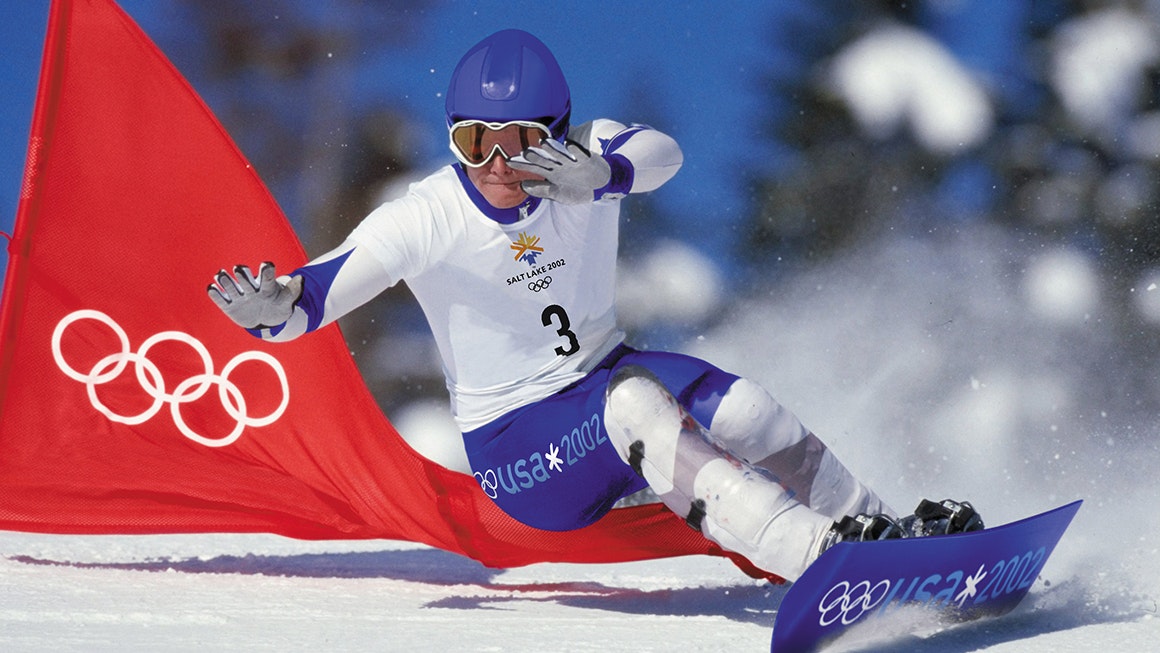 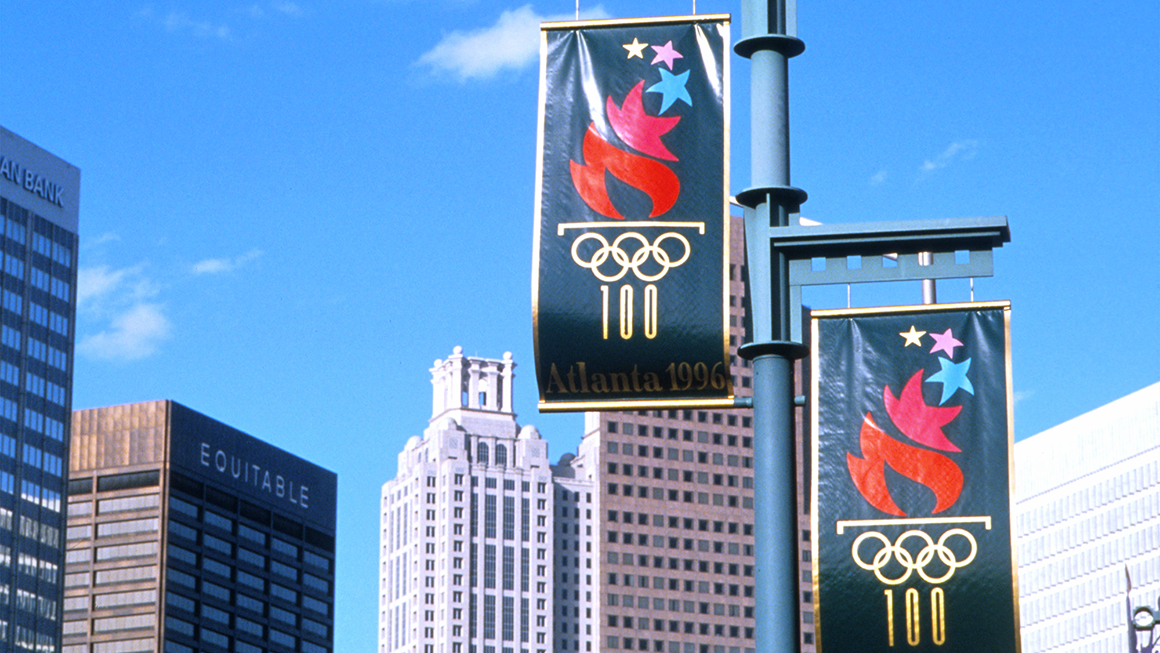 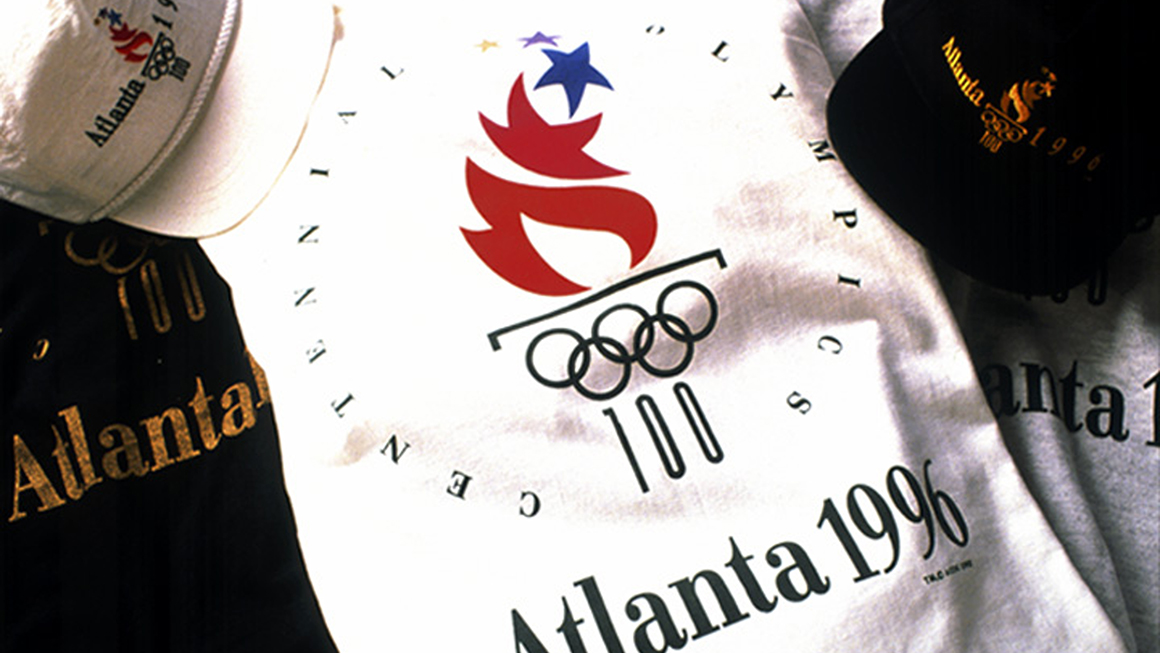 The 1996 Summer Games were special even by Olympic standards: They commemorated the 100th anniversary of the modern Olympics. For this occasion, Landor created the Atlanta Centennial Torch, illustrated as a classical Greek column built from five Olympic rings and the numeral 100. The flame rising from the torch gradually transforms into a star, symbolizing athletic aspiration and achievement. Millions of people around the world saw Landor’s striking design on everything from banners and T-shirts to TV spots and souvenirs. 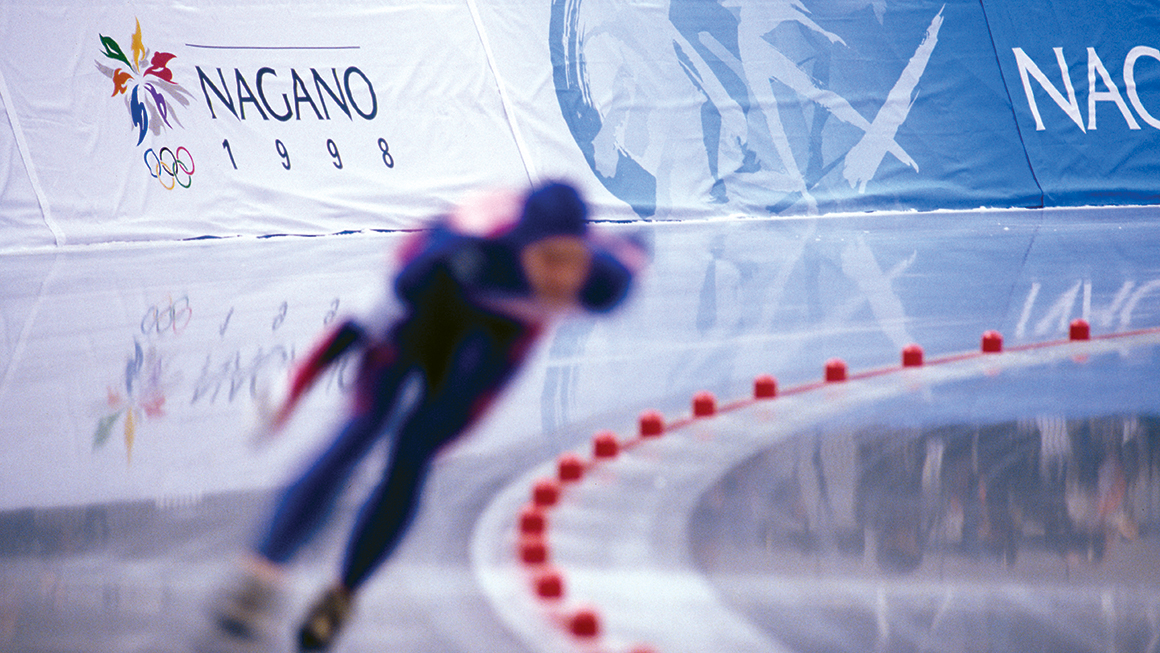 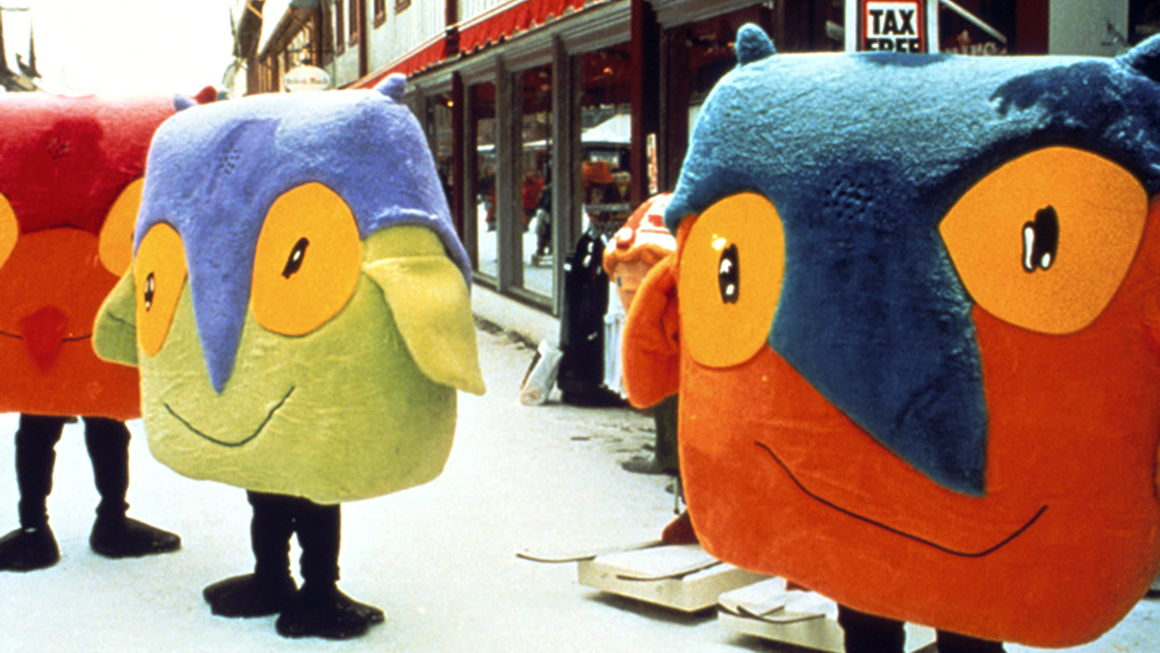 For its theme, the 1998 Winter Games in Nagano focused on respect for nature. To capture this guiding principle and honor the spirit of the host city, Landor designed a hexagonal snowflake that could also be viewed as a delicate alpine flower. Six colorful elements representing athletes in motion radiated around its center. The games were further brightened by the Landor-created Snowlet mascots. These big-eyed owls, an instant hit with attendees and viewers, added a touch of playfulness to the excitement. 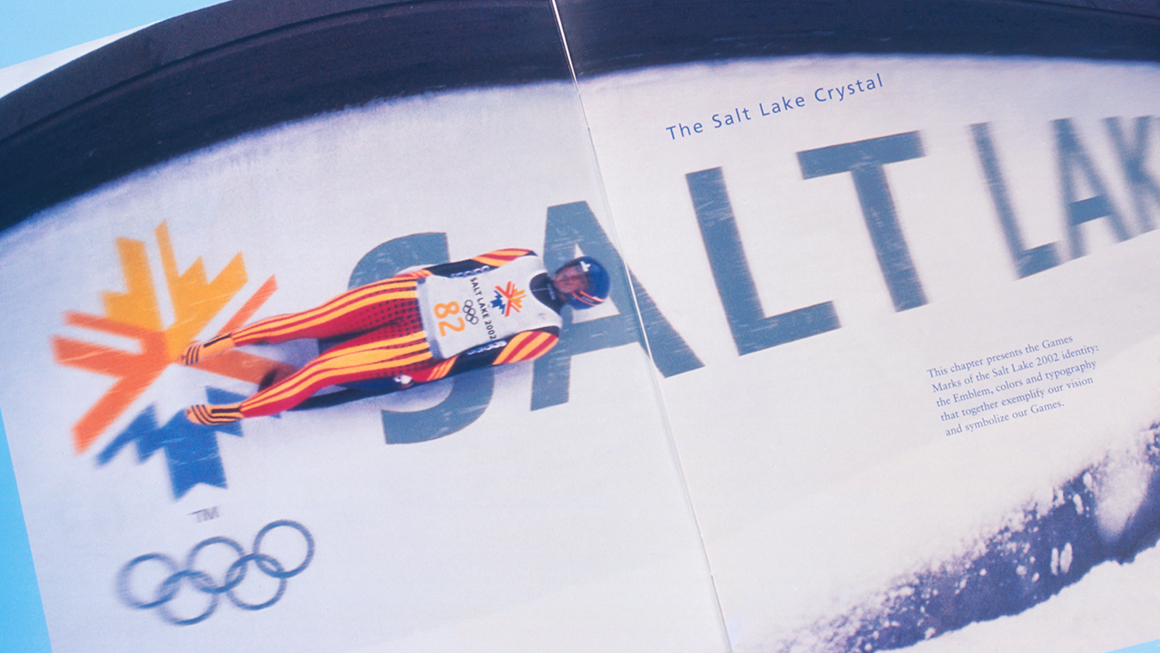 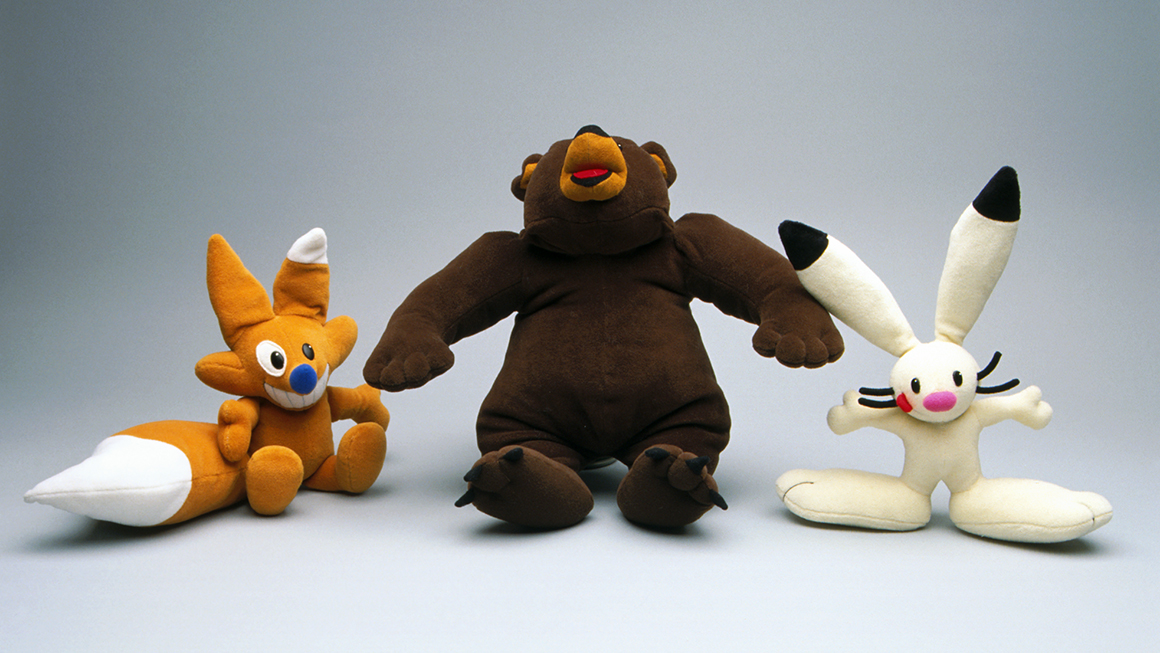 The 2002 Winter Games marked the coming together of athletes from around a world shaken by the events of September 11. The graphic Landor developed for these games, combining a snow crystal with a sunrise over a mountain, symbolized courage, contrasting cultures, and optimism, while its yellow, orange, and blue celebrated the varied Utah landscape. A trio of mascots—Powder, Copper, and Coal, named for Utah’s natural resources—brought smiles to all. 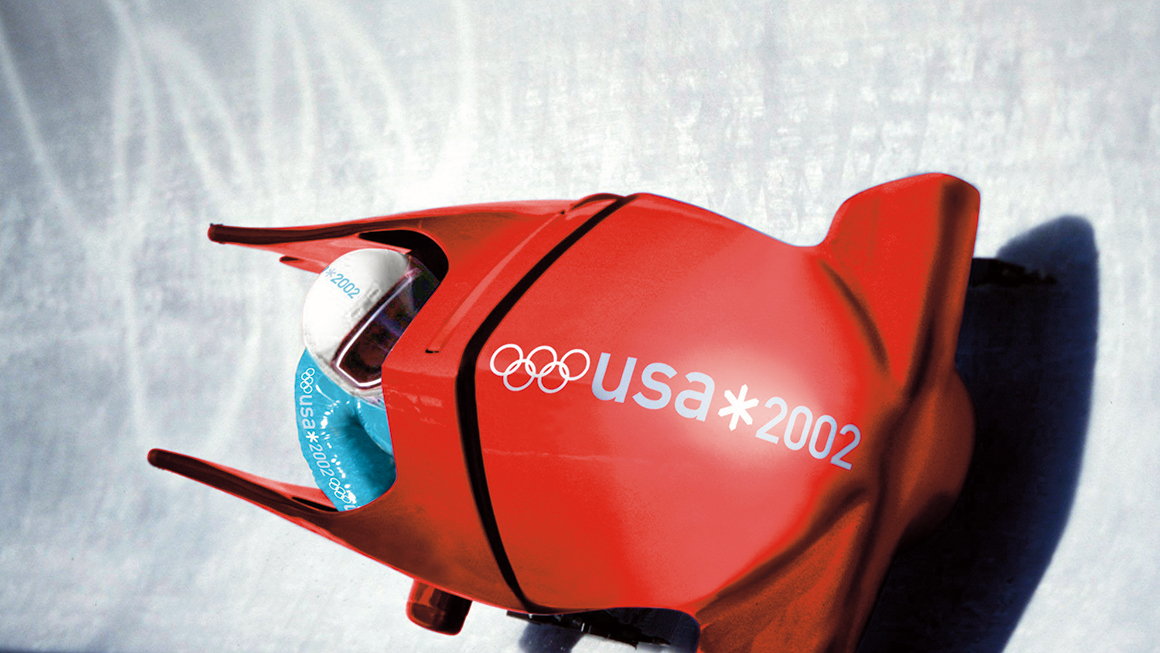 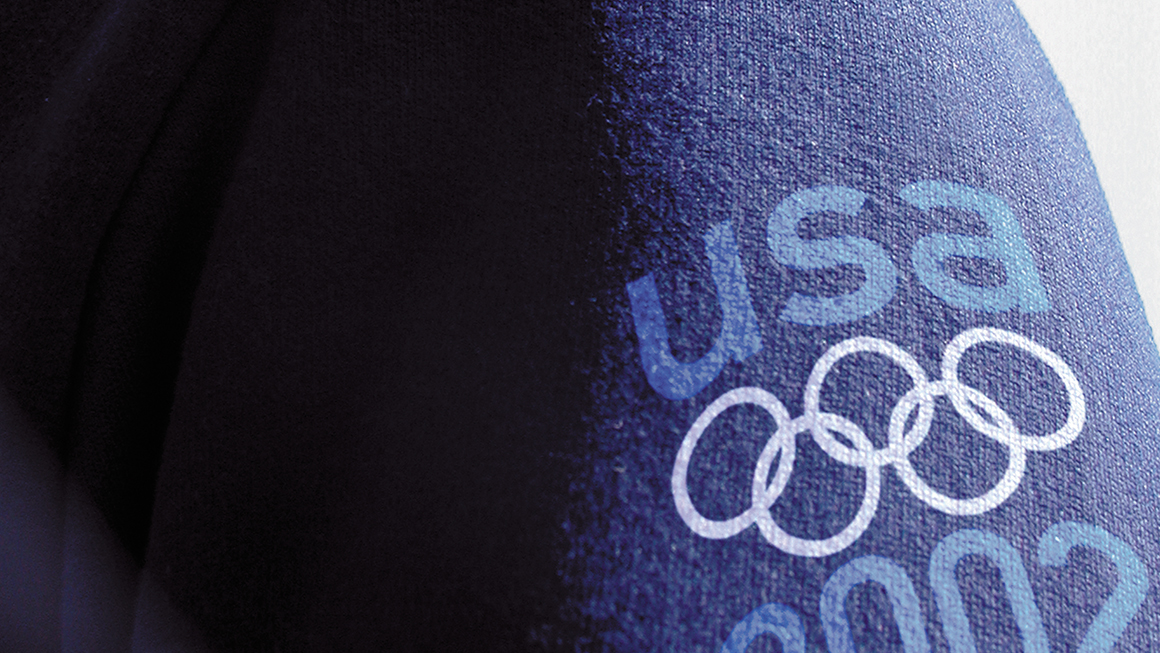 At the same 2002 Winter Games, Landor was chosen to design a visual identity for the U.S. Olympic team. Our system featured a set of four symbols that could appear as a single unit or repeat to create a racing stripe along team uniforms, equipment, vehicles, and merchandise. The look was immediately identifiable and its message was clear: Team USA stands together, diverse but united. 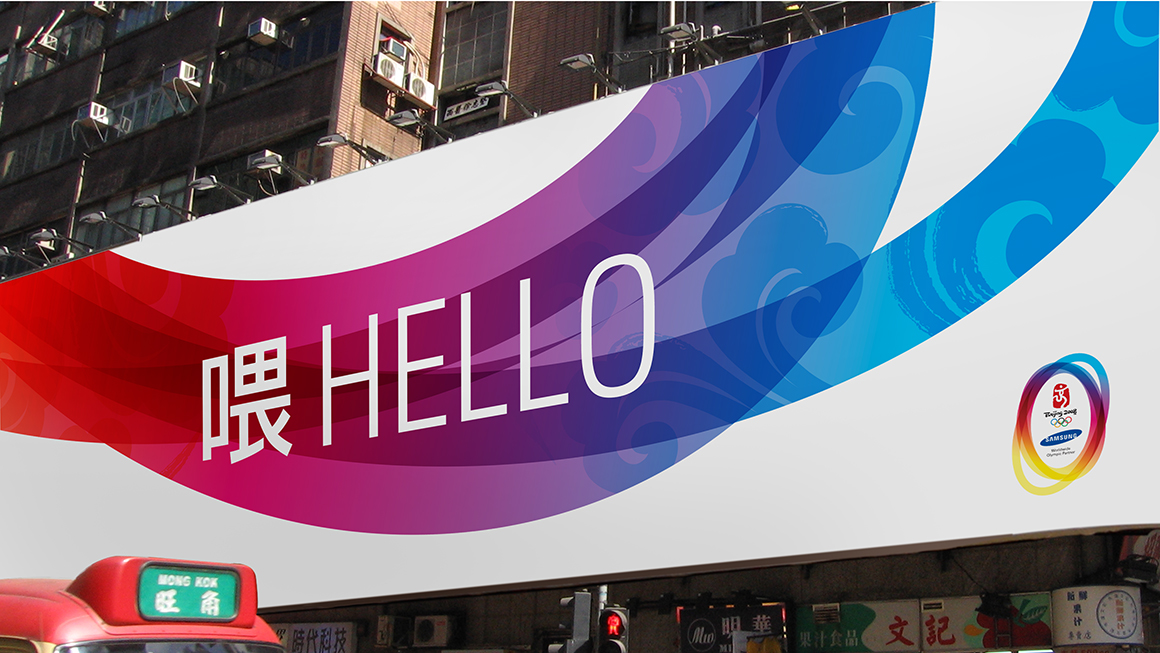 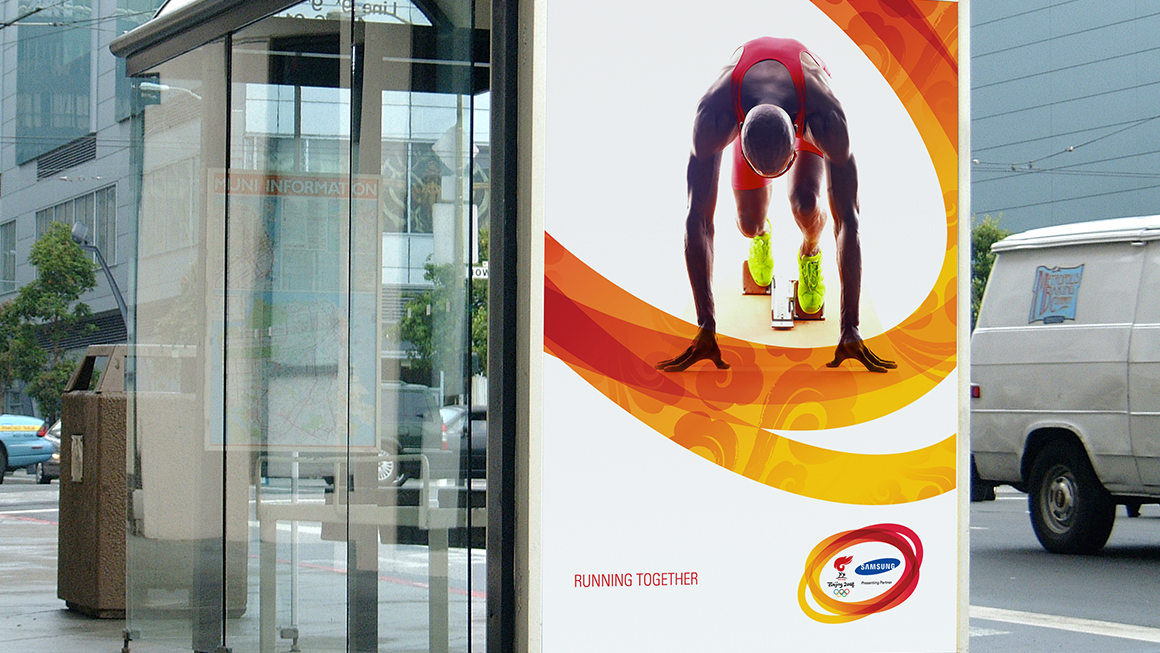 Samsung at the Beijing Games

To help Samsung Electronics stand out among the deluge of Olympic sponsors, we created a dynamic, eye-catching design system based on the concept of elliptical energy. Its kineticism suggested the movement of sports, while incorporating the Samsung oval. The vibrant color palette leaned toward red and gold, traditionally auspicious colors in Chinese culture. Together, these elements presented a memorable embodiment of the Samsung brand attributes of passion, style, and imagination. 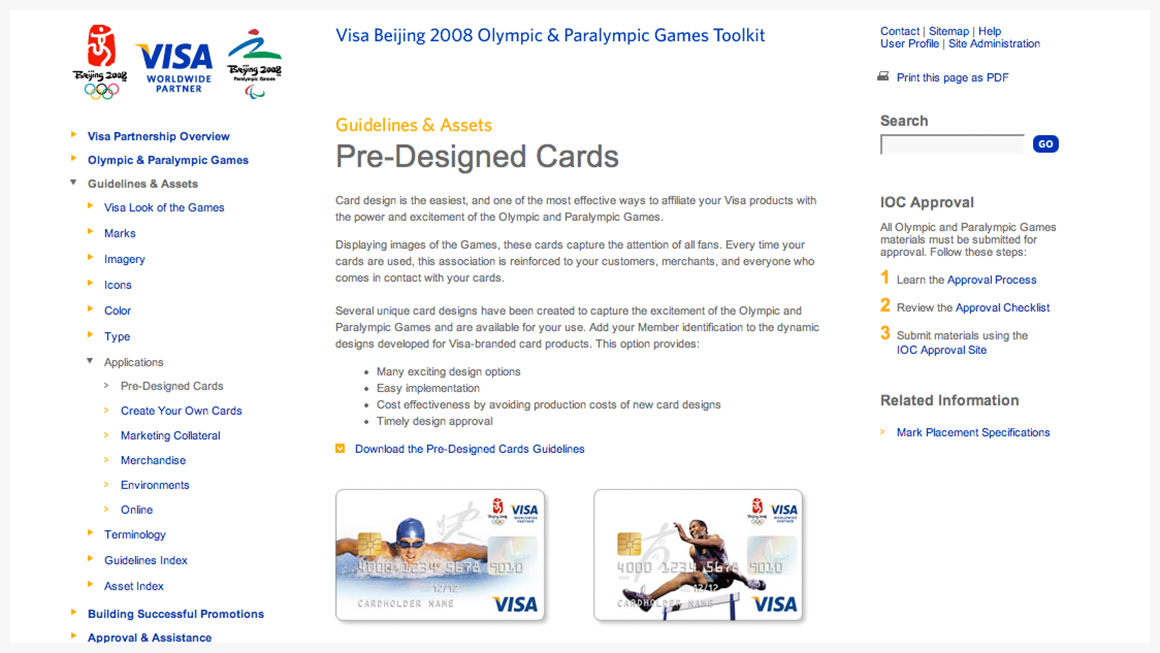 Visa at the Beijing Games

Landor’s role at the Olympics is not always so visible. For Visa’s sponsorship of the Beijing Games in 2008, we built an online toolkit allowing easy customization of brand guidelines by each of Visa’s global regions, with Visa Worldwide Services maintaining editorial control. The result? Consistency, accuracy, and flexibility of brand content across a range of cultures, for varied audiences, in multiple languages. The comprehensive system, used by brand managers, agency partners, hundreds of member banks, and thousands of merchants around the world, was so successful that it was adopted for all Visa’s global sponsorships. 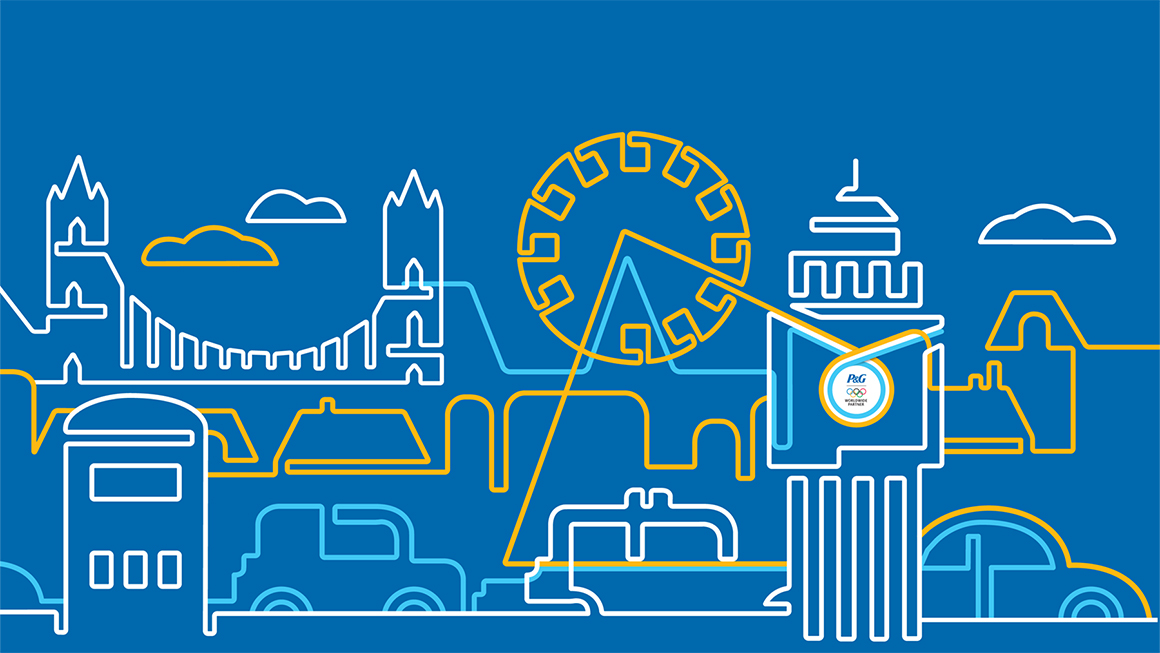 Procter & Gamble at the London Games

As part of its 10-year partnership with the Olympic Movement, Procter & Gamble launched a global, multichannel campaign for the 2012 London Games. In partnership with P&G Design, Landor took inspiration from the host city and the famous London Tube transit system. Our Road to glory design represents the journey of Olympic hopefuls and the families who helped them become world-class athletes. Its central motif is an Olympic-style medallion whose ribbon allows each P&G brand and region to personalize the campaign. The visual identity system was adapted for Sochi and Rio, and will continue to be a core component of P&G’s Olympic activation in Pyeongchang in 2018. 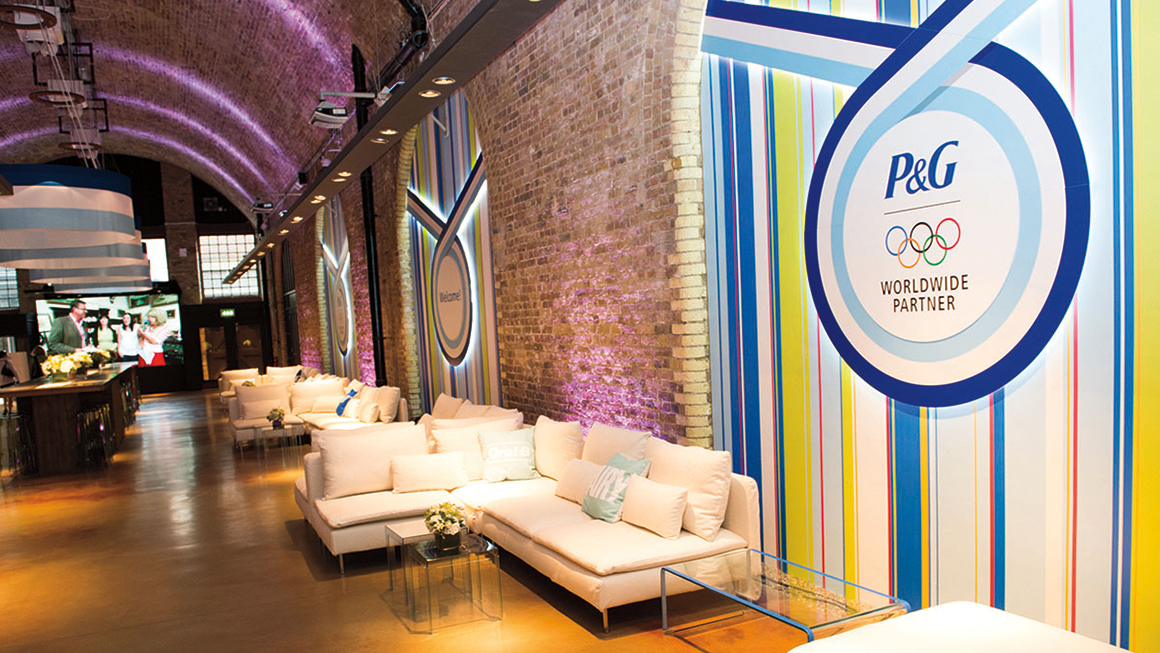 P&G also asked Landor to help design a place where the families of athletes could gather, relax, and watch the games. We based the environment of this 64,000-square-foot home away from home on the Road to glory system, then added a slice of London life: iconic red phone booths, black cabs, and an indoor Regent’s Park. Families were treated to on-site amenities such as an Ariel/Tide laundry service and a beauty salon stocked with P&G products. 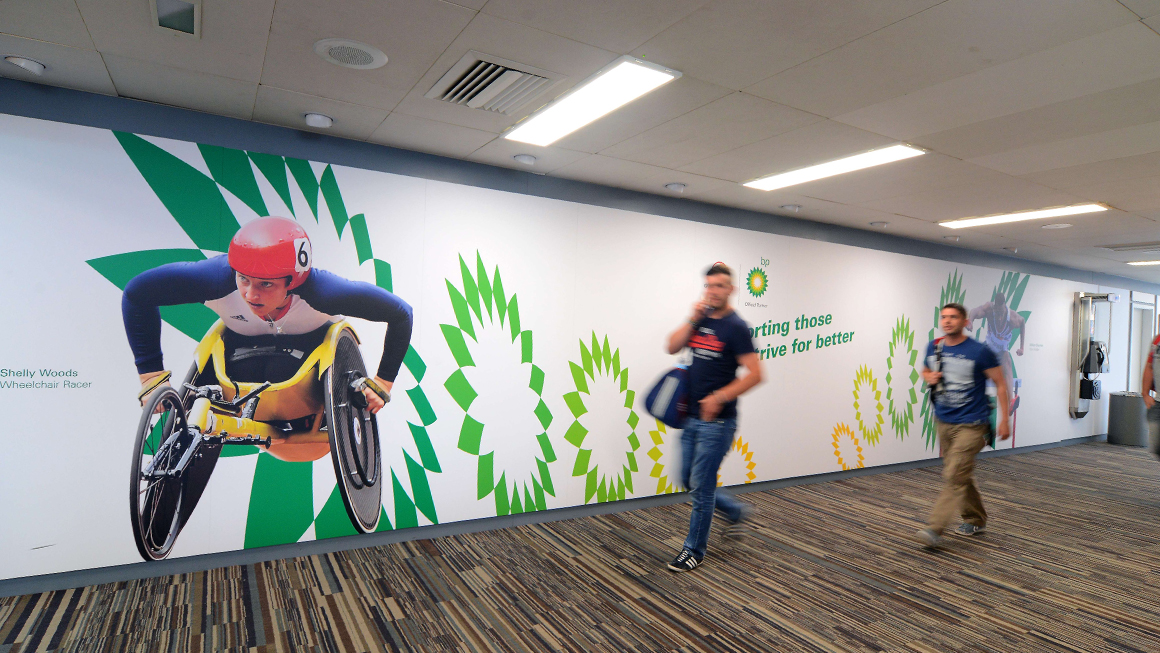 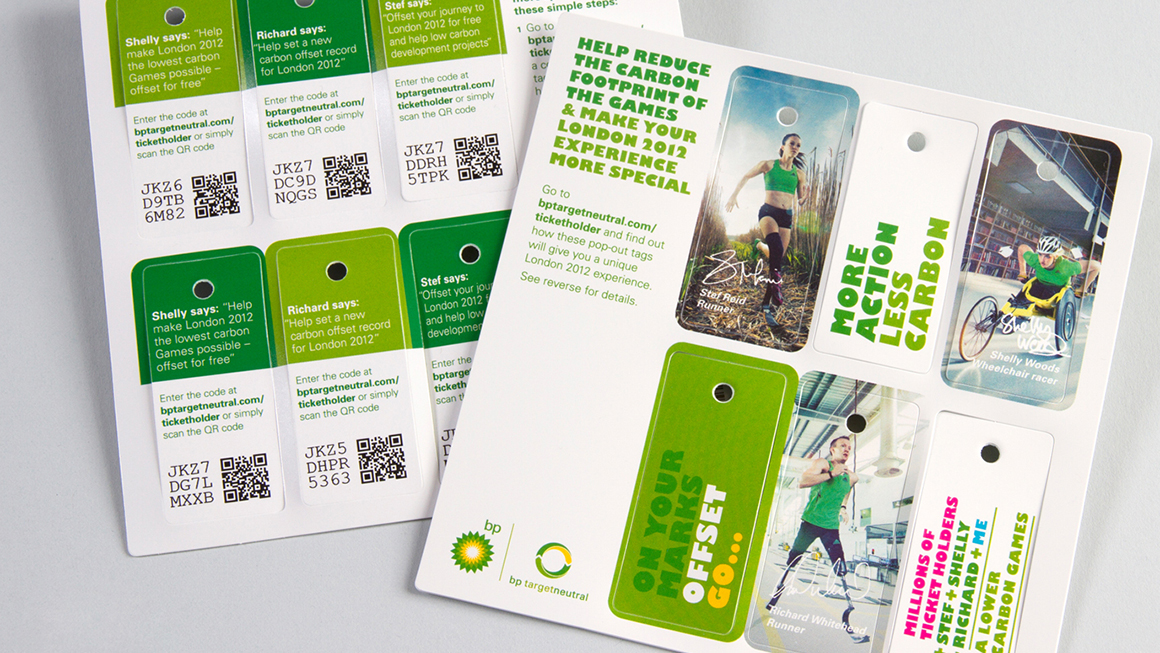 BP at the London Games

In the aftermath of the Deepwater Horizon oil spill, BP wanted to underscore its commitment to safety and regain the public’s trust. Through a variety of communications, we helped BP convey this message to a global audience at the 2012 London Olympics. By sponsoring athletes, supporting the Olympic infrastructure, and offsetting spectators’ travel emissions, BP used its actions to demonstrate its concern for the environment. 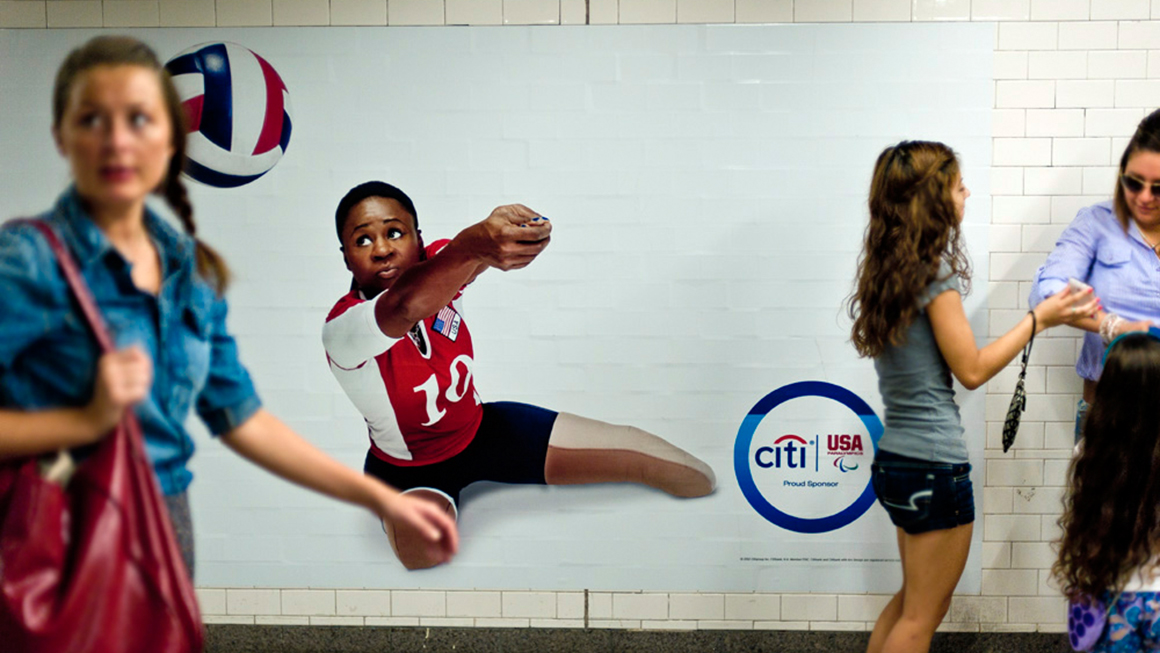 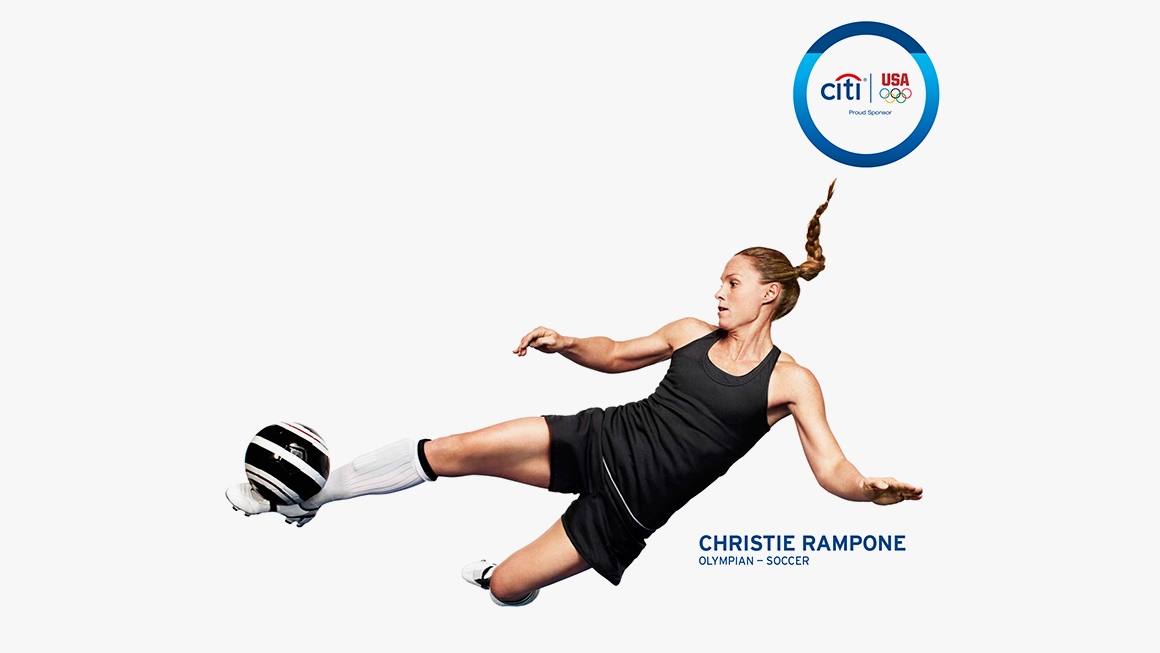 Citi at the London Games

Citi set aside a $500,000 donation for the U.S. Olympic and Paralympic sports programs, then let the public decide how the funds should be distributed. As branding anchor of a cross-agency team, Landor helped create the digital platform for a social media campaign to facilitate sharing, storytelling, and connectivity. We also developed and executed Citi’s brand identity for the 2012 Team USA sponsorship. Called the Support circle, the identity captured Citi’s pride in supporting Team USA athletes on their journey to London.

Following a perceived plagiarism scandal, the new logo for the 2020 Tokyo Olympics has been released. The design process, logo features, and cultural context of the redesigned mark. >

The emotional resonance of Beyond petroleum acts as a catalyst for sweeping organizational change while contributing to public trust in BP. >