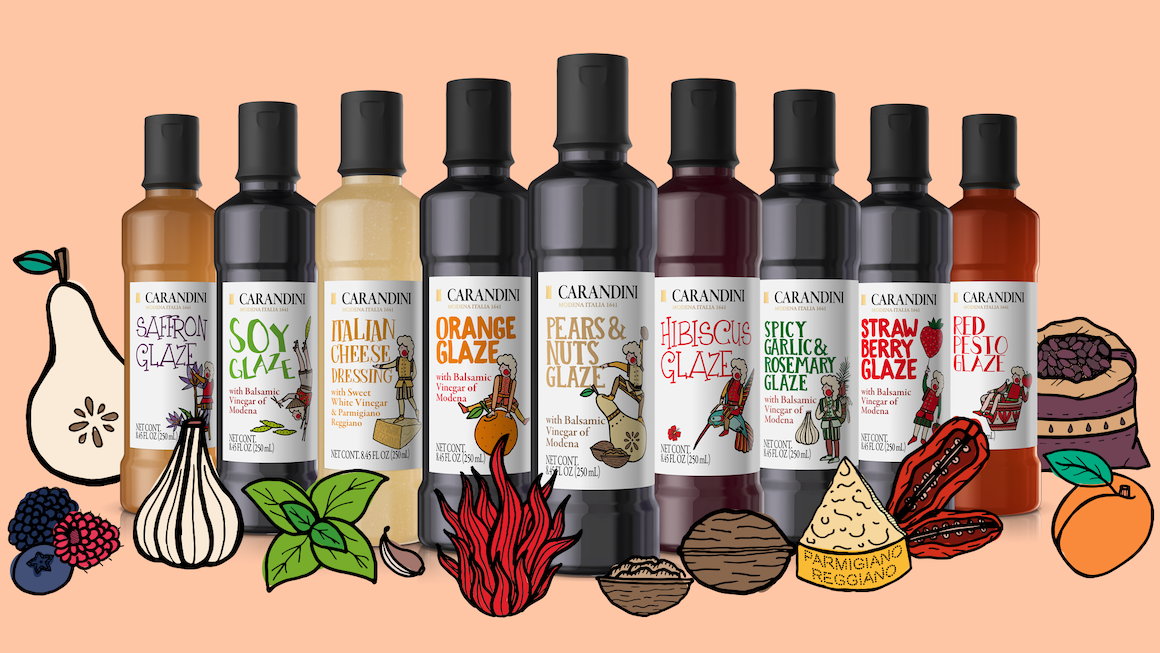 A Modenese tale of taste

As early as 1641, the best vinegar from Modena took the name of the Carandini family, one of the oldest and most noble families of Emilia-Romagna. Since then, the Carandinis have been producing their vinegar, handing down their ancient tradition from one generation to another.

Italian tradition is not something static and immutable: It flourishes and reinvents itself after different countries and cultures have adopted it. New generations make the tradition their own and give it new meaning.

How did Landor try to tell, with a modern attitude, the story of family tradition and Italian excellence in order to attract an international audience? By studying this tradition in detail and recalling key elements, then bringing them back to life and describing them in a fascinating way. Pretty close to the task that minstrels have had for centuries.

This was the inspiration for the whole project: Carandini becomes a minstrel who entertains guests at the banquet table, narrating the deeds of a family that for centuries has shared the best balsamic vinegar with the world. 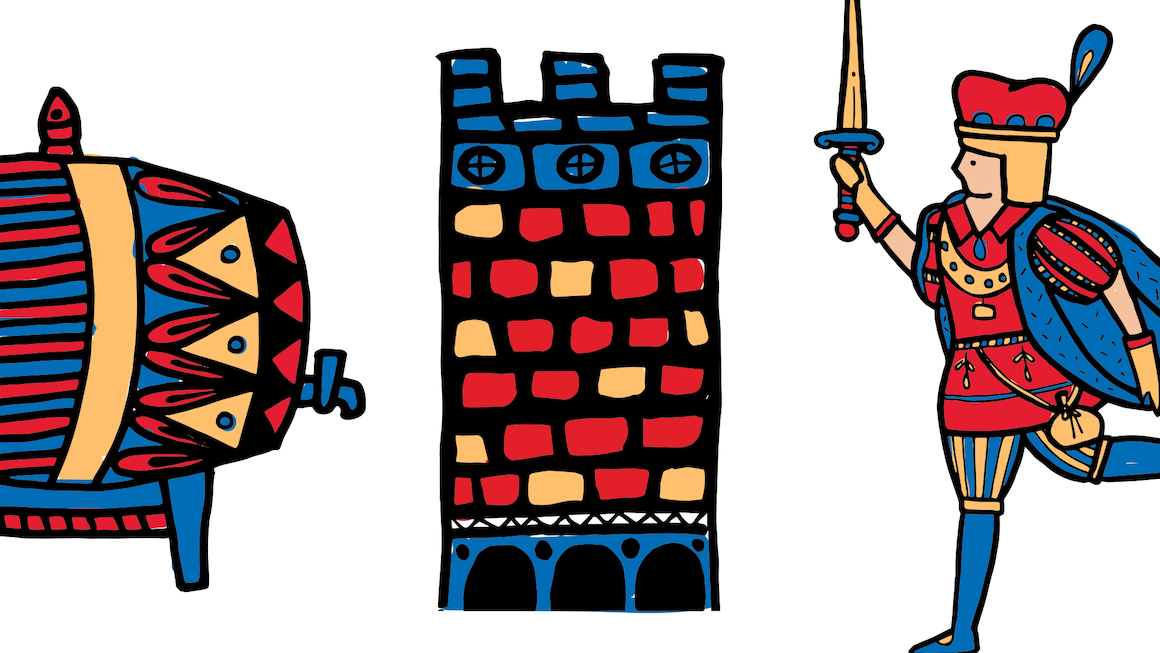 Classic, thick, and aged balsamic vinegars, glazes, and wine vinegars with labels that speak of taste and ancient tradition, handed down from one generation to another. 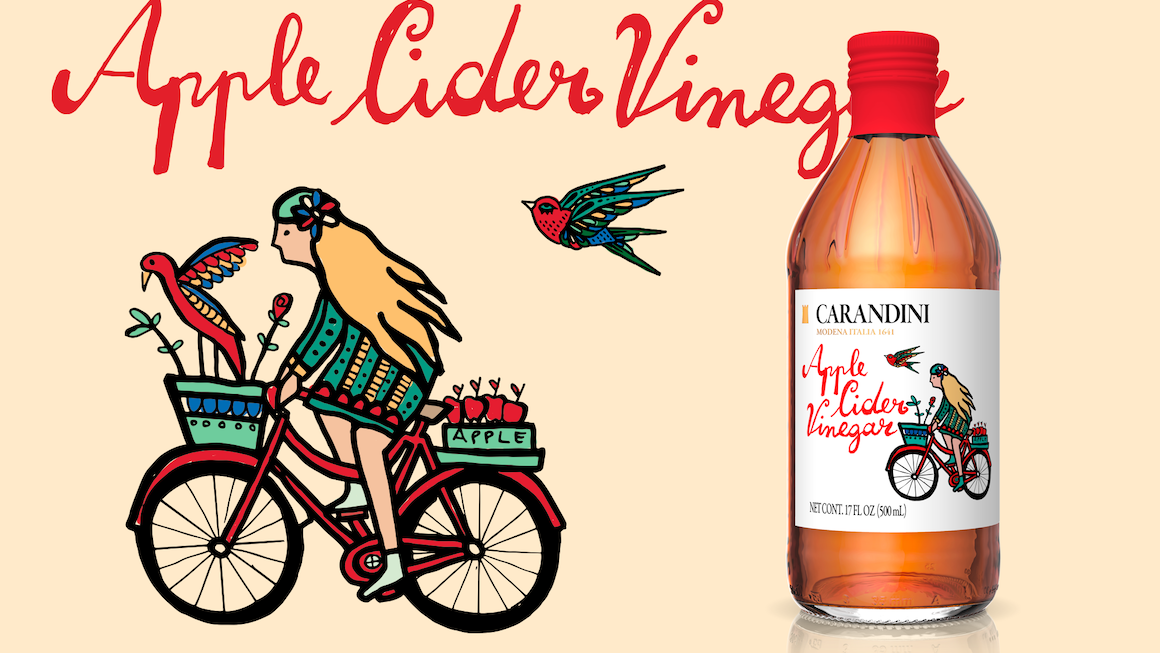 “For Carandini we have abandoned the heraldic approach that dominates the category and shelves,” says Alessio Galdi, senior designer at Landor Milan, “creating a new language that talks about tradition, in a fascinating key, close to the international consumer more and more young and curious. Starting from the historical elements of the Carandini family, then we hand-draw each element, finding the way to tell an authentic story in a new way.” 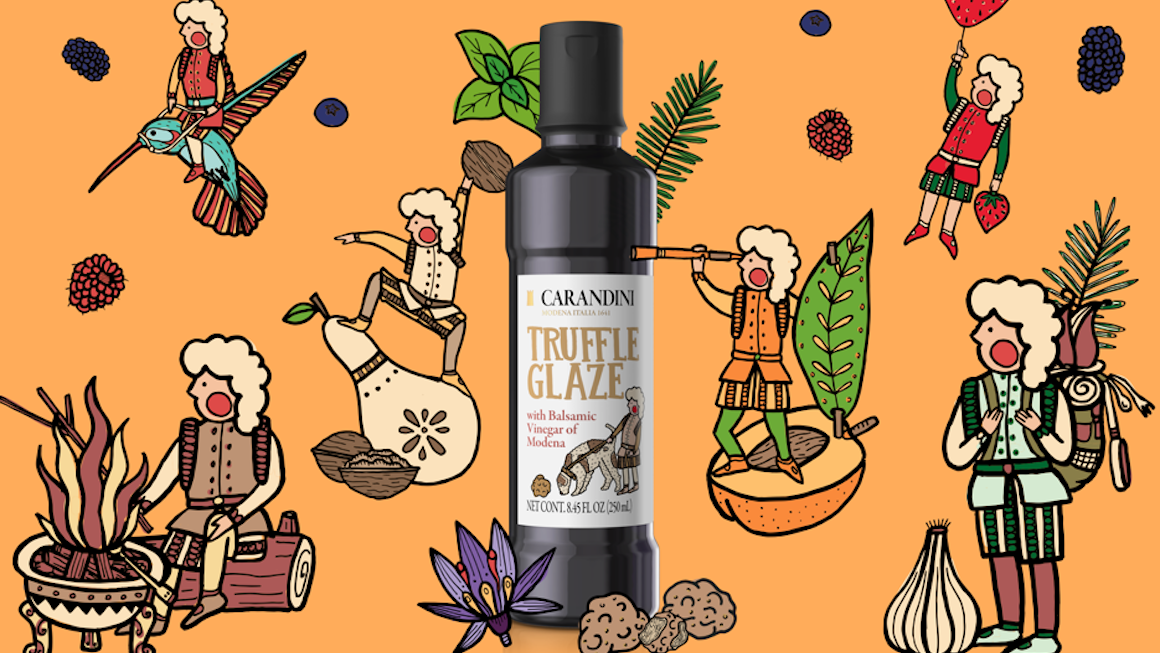 This story of a journey from tradition to innovation, in which the heritage of Modenese cuisine is brought to the world, will encourage consumers to experiment with new flavors.

With this new look, Carandini is ready to bring its story to the United States and Europe and enrich the world’s cuisines, inspiring creativity in the kitchen and giving new forms to Modenese tradition. 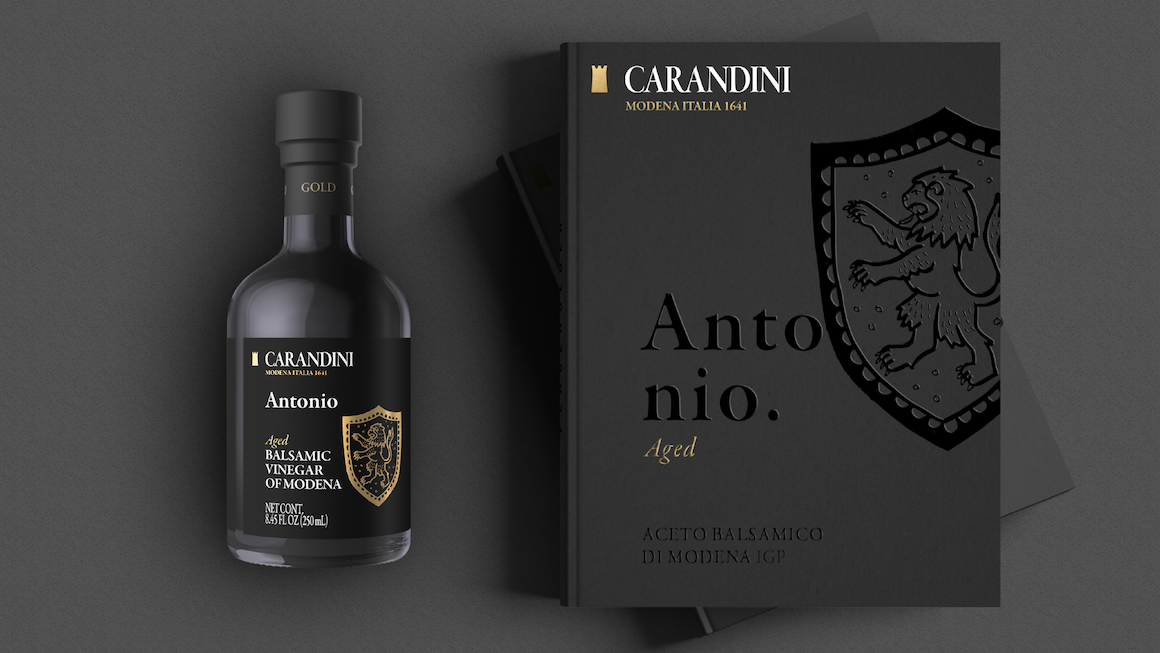