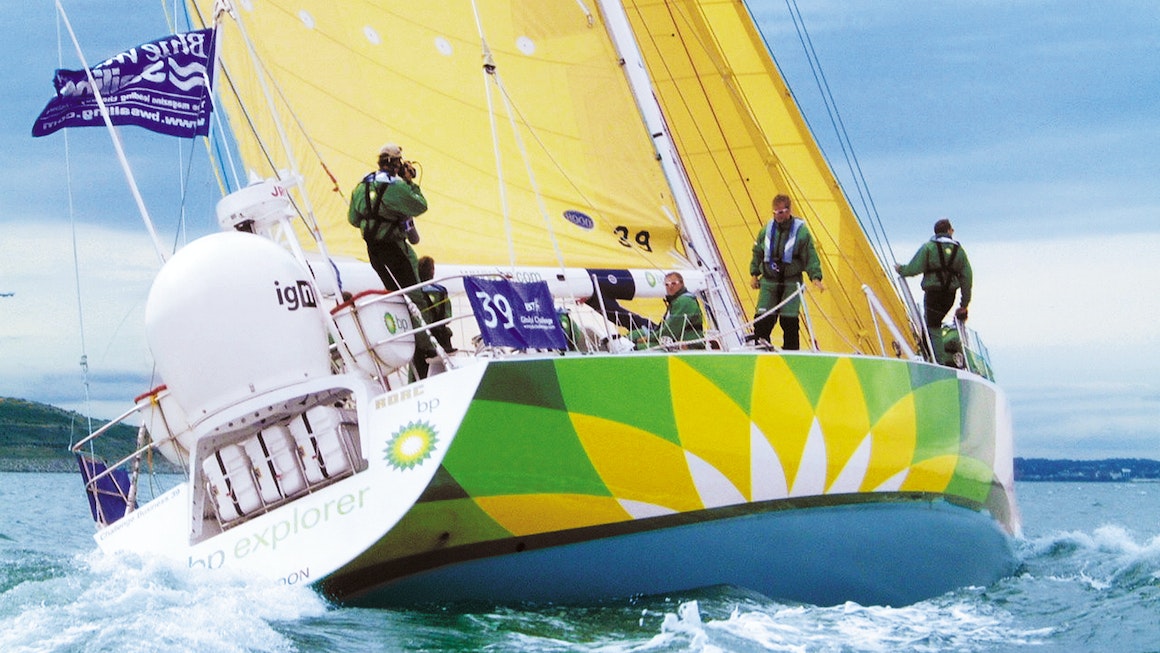 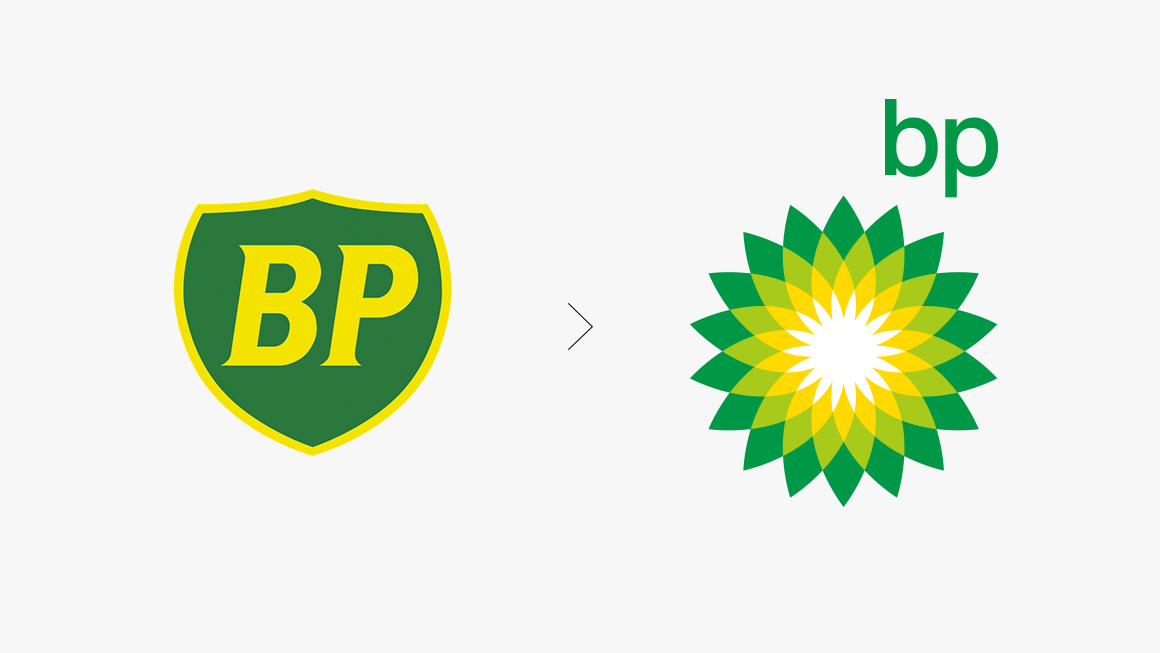 A series of mergers and acquisitions made British Petroleum the third largest oil company in the world. CEO Lord John Browne seized the opportunity to look past the balance sheet. In 1997, he publicly committed to reduce BP’s greenhouse gas emissions by 10 percent by 2010. This led to investments in solar power and alternative energy and partnering with automakers to improve engine efficiency. To broadcast the new face of BP to the world, Browne came to Landor for a new brand.

“Ladies and gentlemen, climate change is a reality and we are partly responsible.” 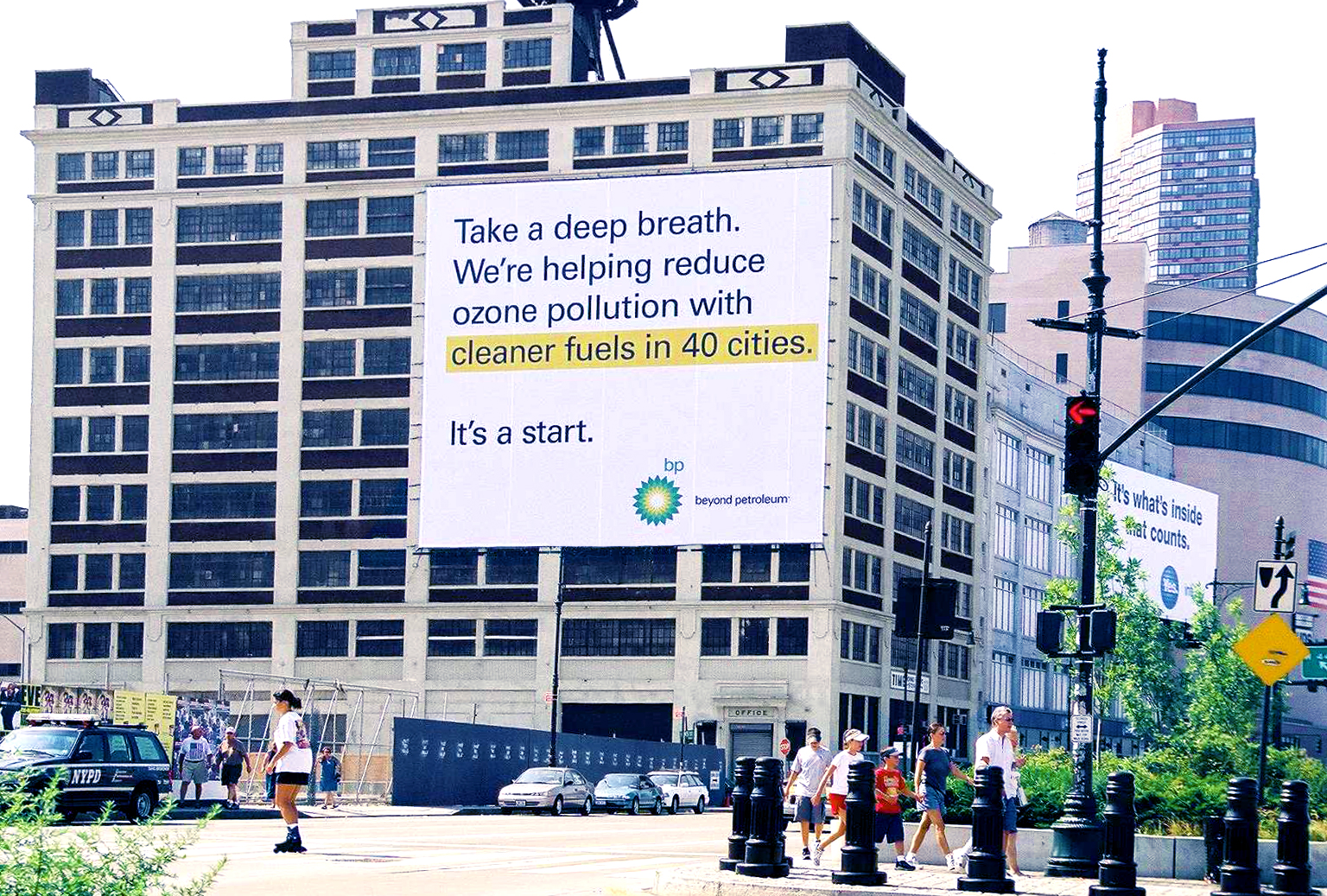 Beyond petroleum became a rallying cry for BP’s new vision and strategy. Together with the brand values innovation, performance, progressiveness, and respect for the environment, the concept created a platform for internal initiatives and external campaigns—all aimed at delivering the promise of Beyond petroleum. 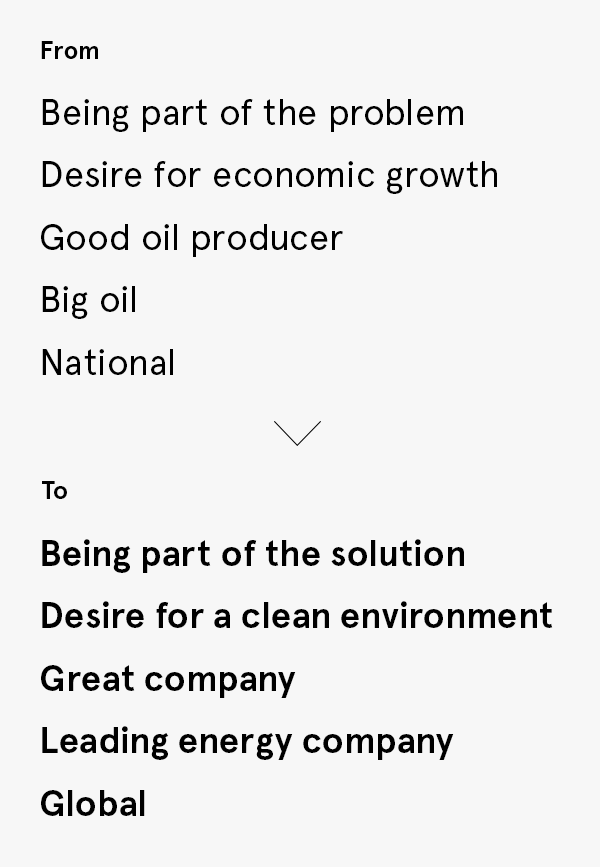 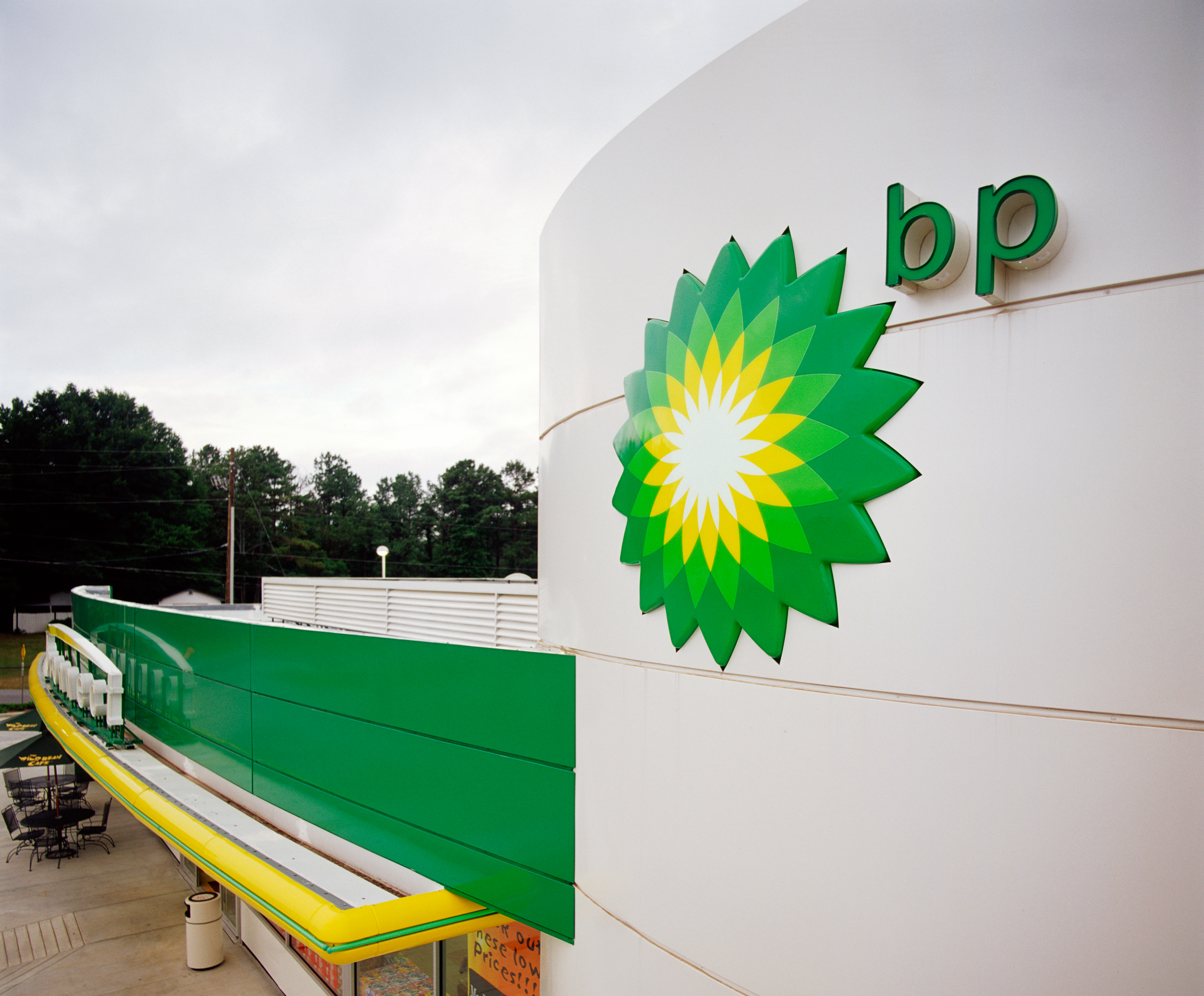 A mark of change

The Helios identity created by Landor captured BP’s aspirations. A stylized sunflower symbolizes the sun’s energy, while the color green reflects the brand’s environmental sensitivity. With this simple shift in identity, BP staked its claim as a leading provider of energy solutions. 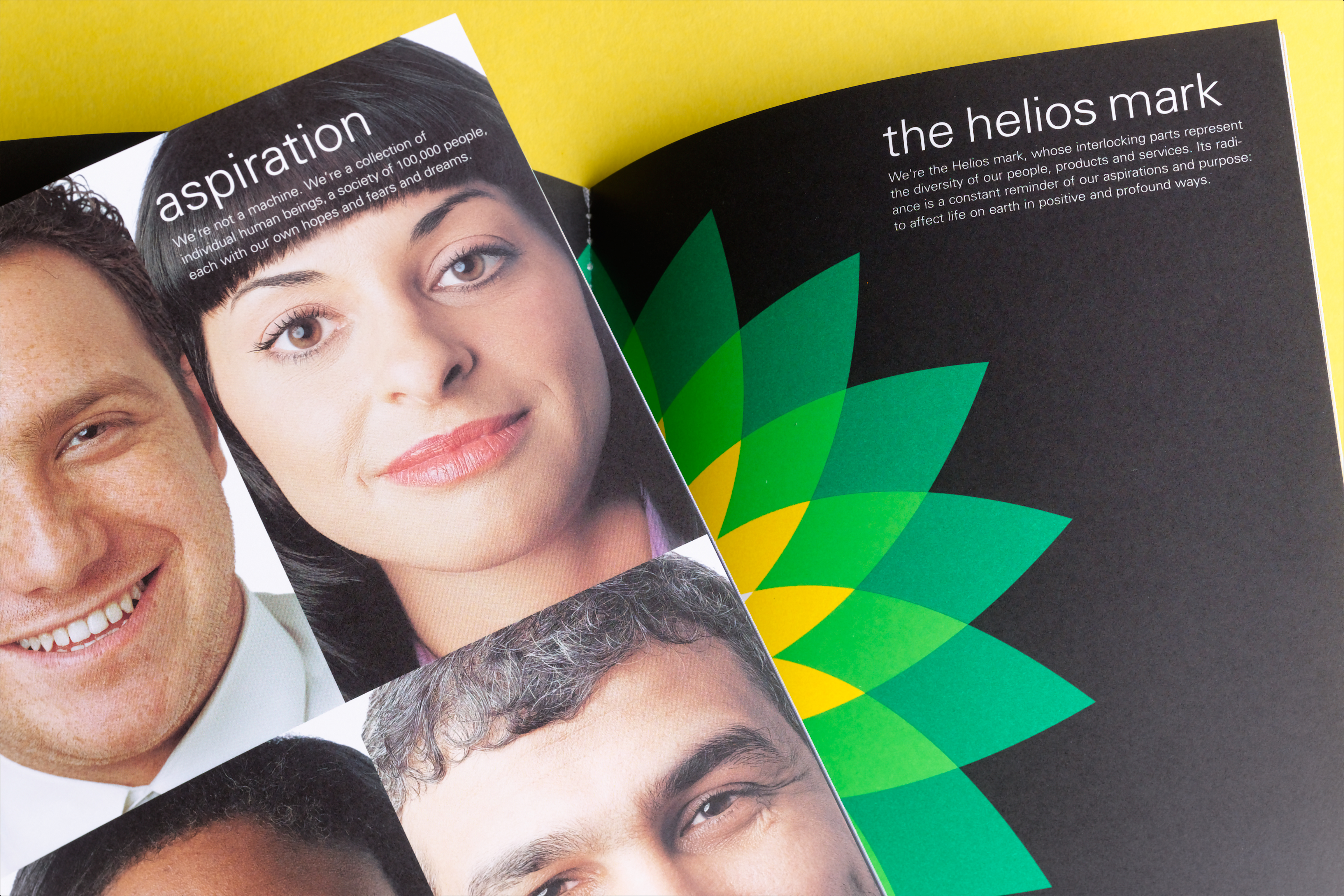 Creating a network of champions

The internal launch raised excitement about the new brand and its possibilities. Landor trained more than 1,400 brand champions in 19 countries around the promise of Beyond petroleum. These champions then spread the word among remaining staff with the aid of websites, brand films, newsletters, and more.

Nine months after launch, 97 percent of BP employees were aware of the brand idea, and 9 out of 10 agreed that BP was heading in the right direction. 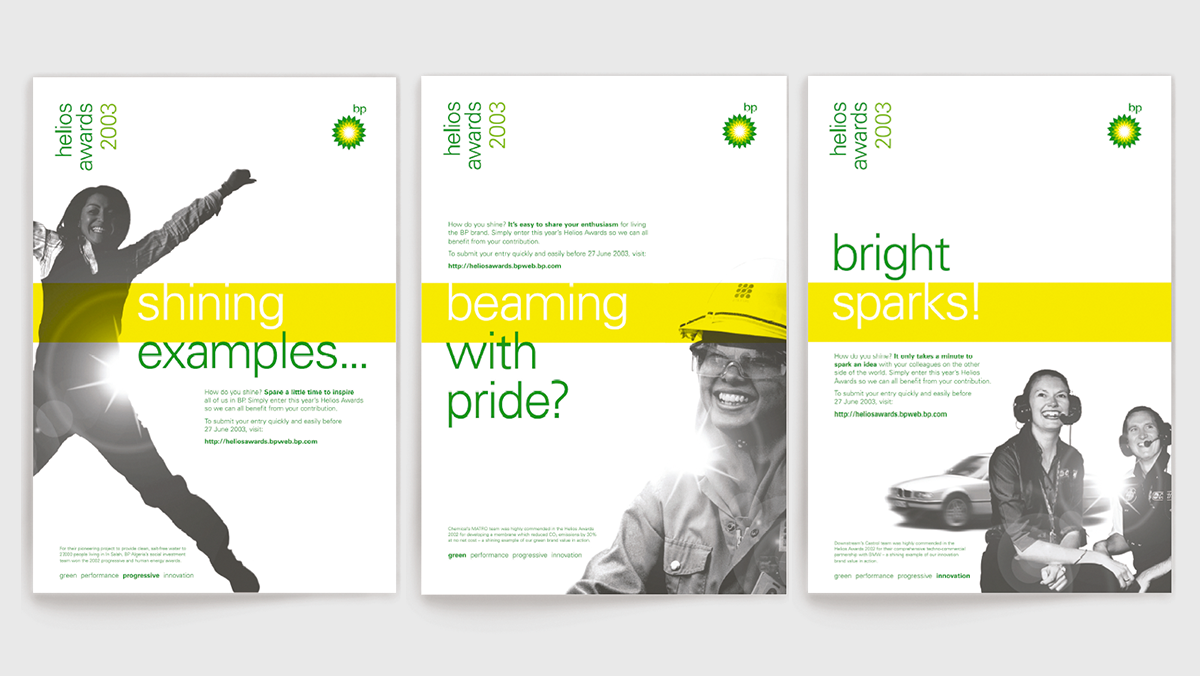 Teams were given toolkits with activities to help them remain true to Beyond petroleum. Annual Helios Awards honored employees whose on-brand actions had an impact on the company or the wider community—reinforcing BP’s commitment to Beyond petroleum as a way of doing business. 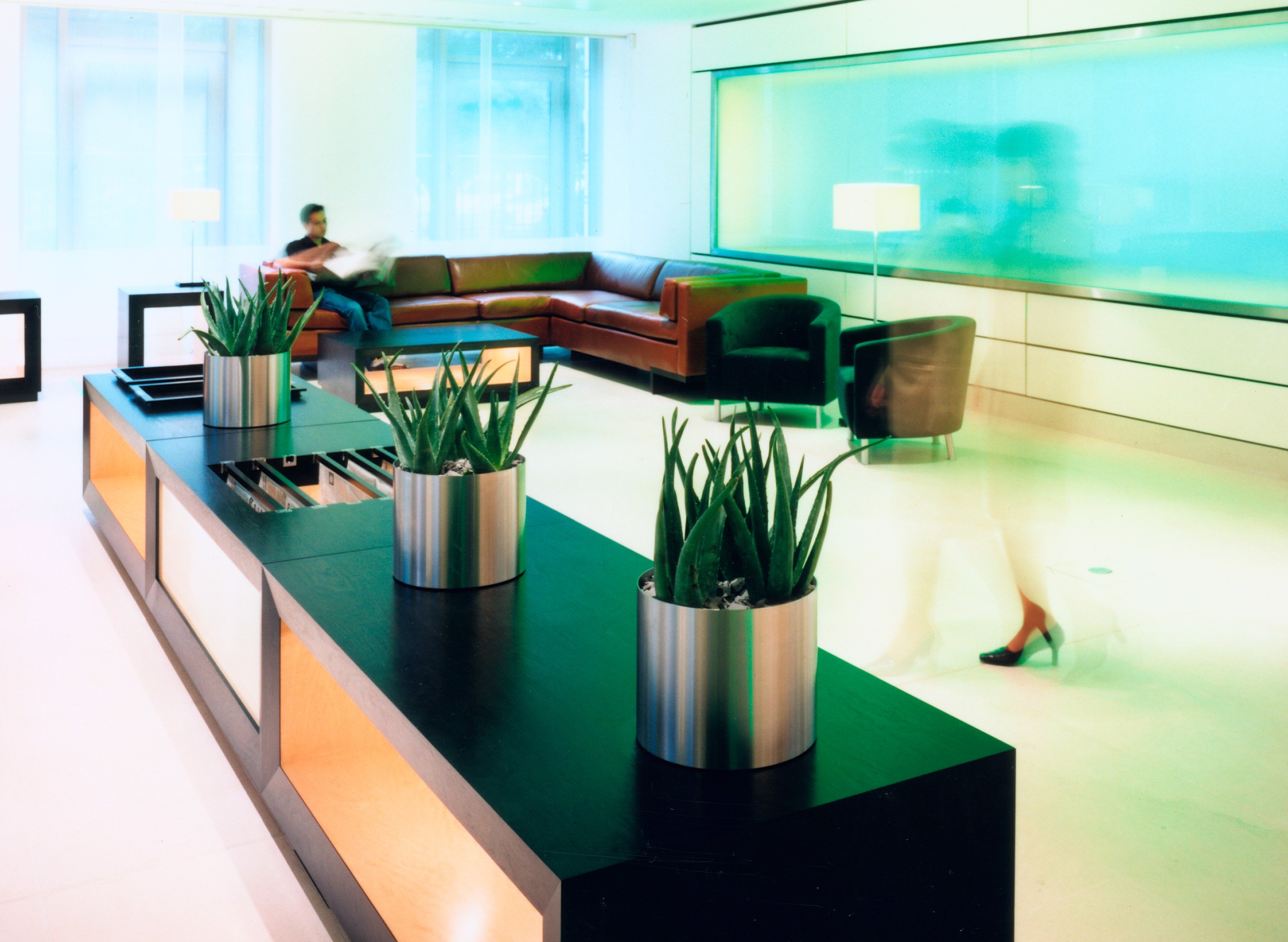 We redesigned BP’s physical environments right down to the plants—starting with its brand story the minute you stepped in the door. Aloe plants, the most efficient plant producers of oxygen, became fixtures in every office. For employees, they were inspiring. For visitors, they were conversation starters. 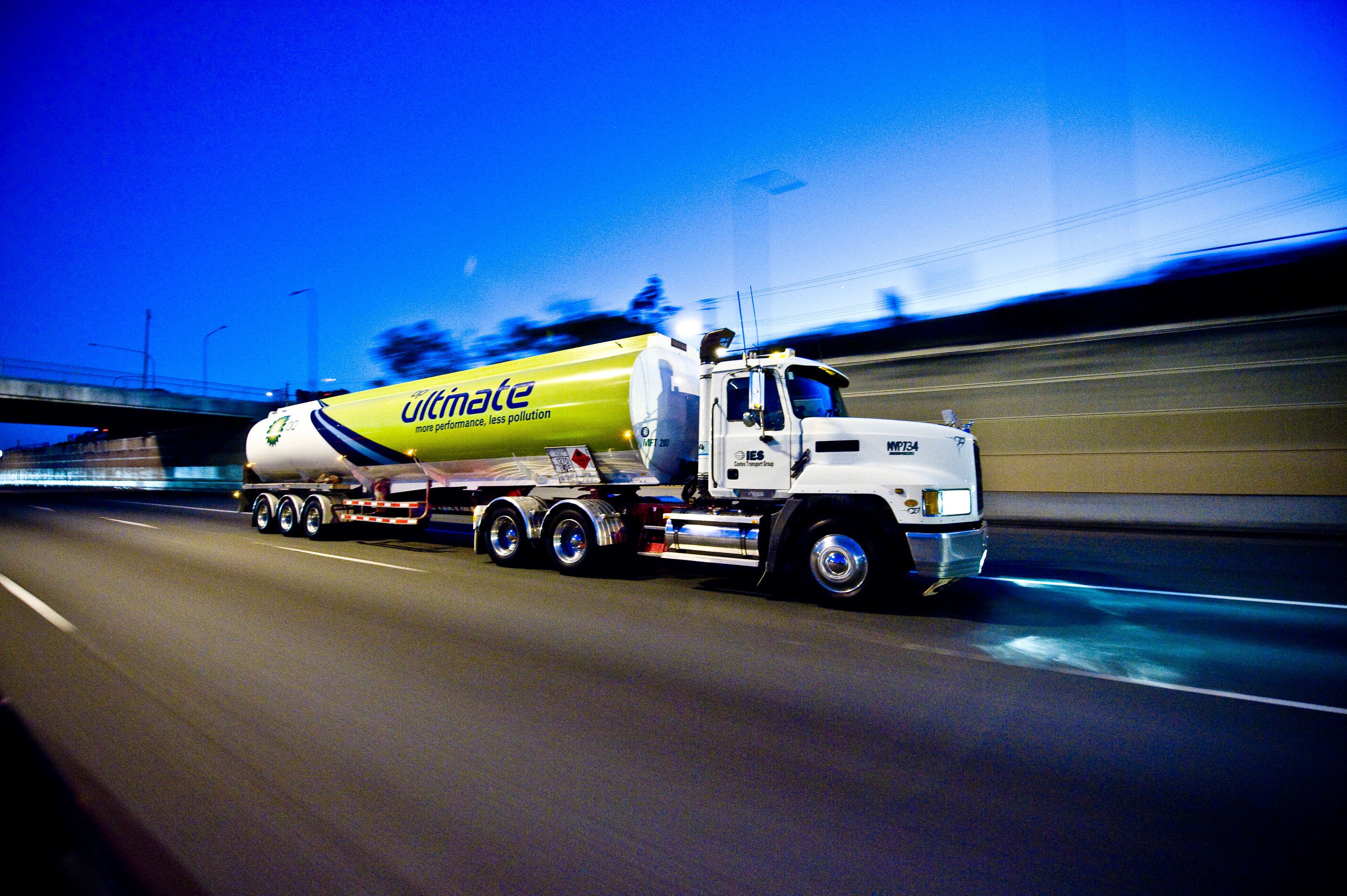 Investing in the future

BP began to invest in alternative energy partnerships and develop cleaner solutions. For six years, Landor was there every step of the way to help make Beyond petroleum a reality.

BP was forced to divest many of its alternative energy ventures to compensate victims of the Deepwater Horizon accident, and took action to redefine its brand. A new Brand Driver, Providing energy in better ways, signaled a shift back to its core business and a renewed emphasis on operational safety. 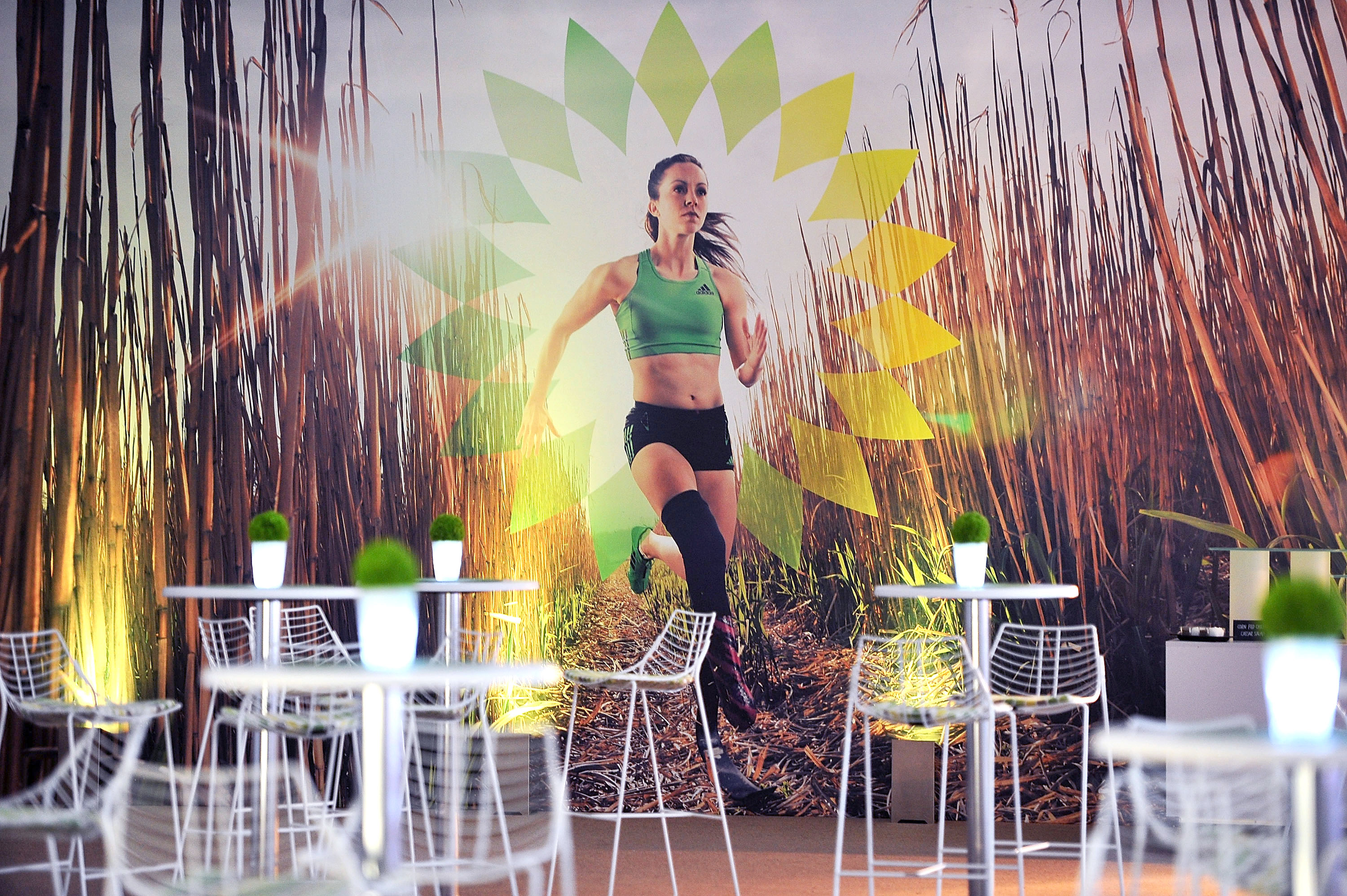 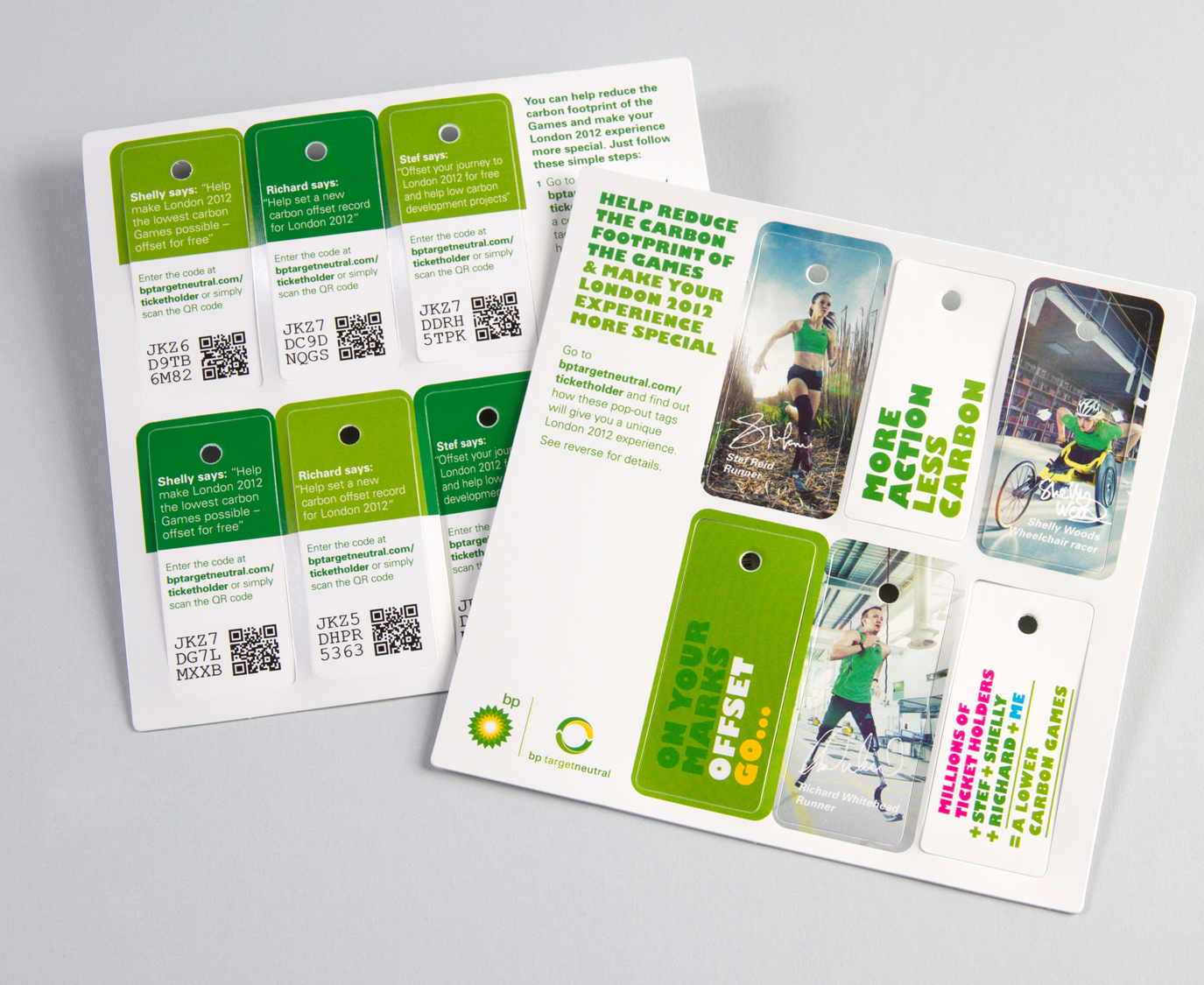 The London Olympics was the perfect opportunity to show the world that BP was concerned about the safety and respect of the community. By sponsoring athletes, supporting the Olympic infrastructure, and offsetting spectators’ travel emissions, BP showed the world it was working to make things right.

BrandAsset Valuator (BAV), Landor’s proprietary database of consumer brand perceptions, shows that although the Deepwater Horizon disaster caused dramatic drops in BP’s relevance and esteem, its strong brand foundation and its willingness to respond—and respond quickly—enabled the brand to begin a recovery. 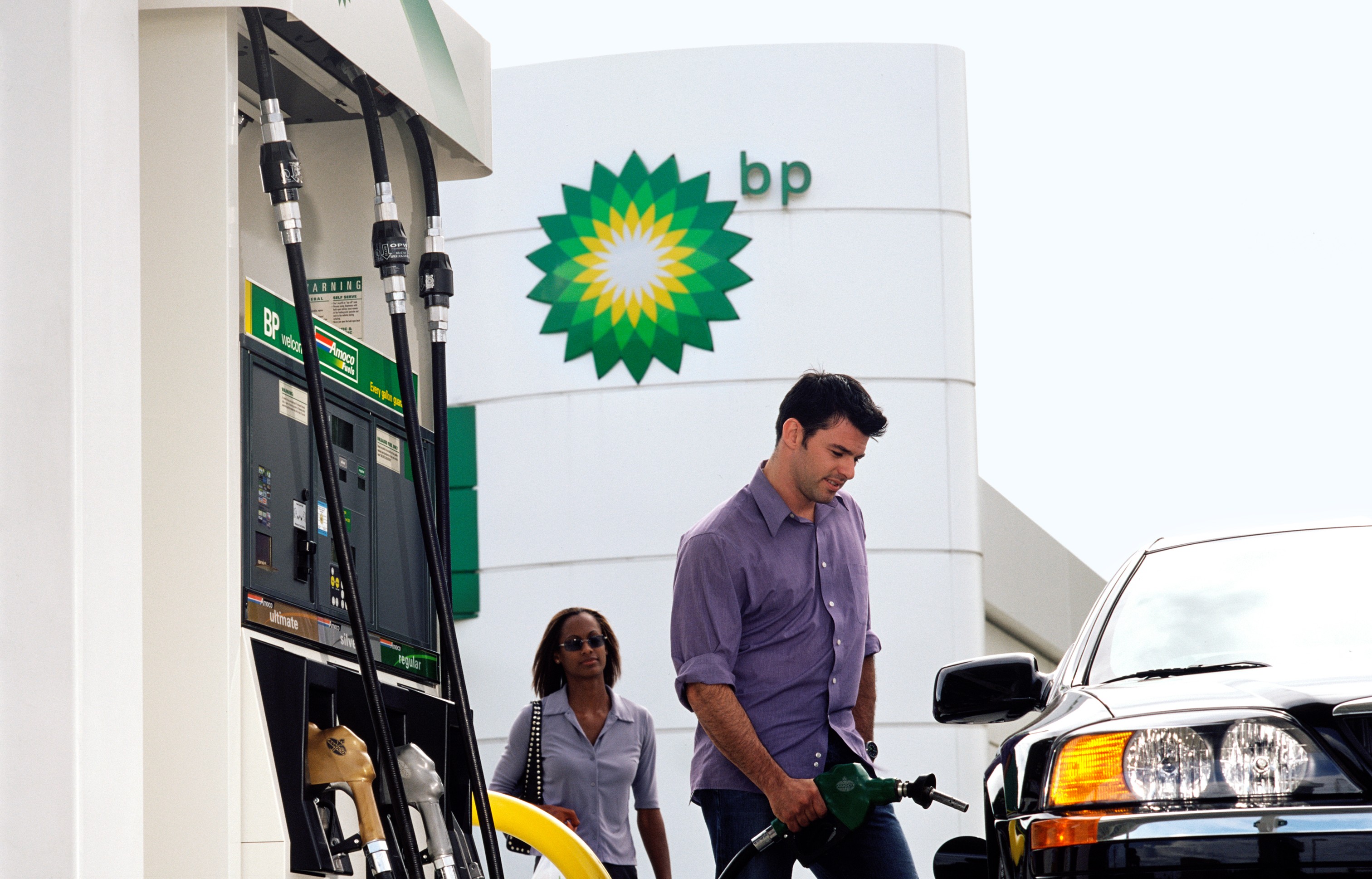 The challenge of the global brand: How BP and Panasonic have built their brands around the world

Establishing a brand successfully across geographies and cultures is less about rules and more about fundamental understanding of the brand idea. >

Every now and again a brand comes along with an agile mindset that challenges industry paradigms and creates its own niche. >