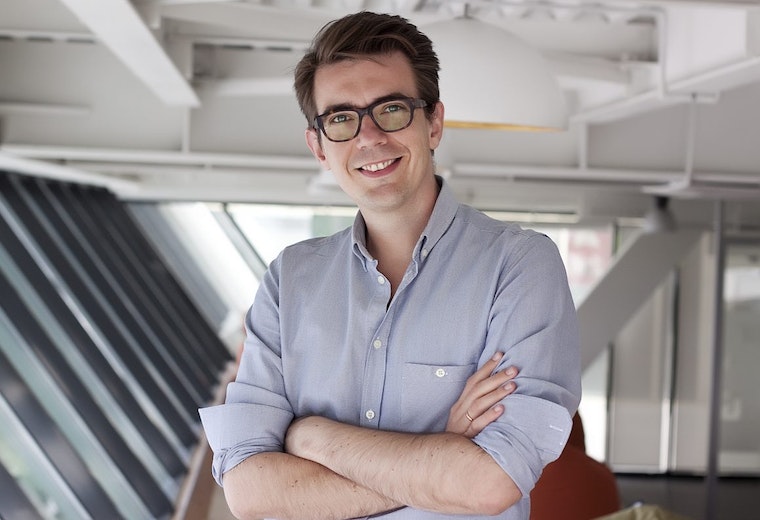 The possibilities of technology open up a wide field for experimentation, especially for designers. Visual solutions are not limited only by 2-D screen space: The transition of consumers to a digital sphere, the technologies of virtual and augmented reality, the ability of a computer to conduct multivariate data analysis in real-time and change the visualization of results—all these things give unlimited space for creativity.

In the beginning there was an idea

To go beyond the usual and offer something completely unexpected is the natural desire of every designer. With new technologies in our arsenal, many of us would like to immediately put them into practice. But there is a big risk: not every tool can add value to a visual identity.

The main axiom of branding is that visual identity never exists on its own. The task of branding is to express the core values ​​and essence of a brand and provide the visual assets that ensure its recognition. So if the brand is conservative, then not every technological “chip” will be suitable for its image. Does this mean that brands acting as guardians of tradition should be satisfied only with vintage and a “flat” design? Not at all. Let’s look at two giants that have been competing with each other for years: Pepsi and Coca-Cola.

Pepsi is the drink of today, rediscovering itself with each new generation of consumers. Every few years, the brand boldly updates its visual assets and uses the tools of popular mass culture—from music to technology—to remain relevant for modern youth.

Against this background, Coca-Cola may look a bit old-fashioned. The brand’s legendary elements, such as its logo, red color and bottle shape, have not changed since 1969. But this does not prevent the brand from remaining modern and using technology in its advertising communications. Keeping a commitment to its brand code, declaring values ​​such as joy and pleasure of taste, . I think everyone remembers the Coca-Cola cans with the names of customers and the hype in stores and social networks when everyone wanted to find a package with their name on it.

Technology at the service of the brand

The task of a visual identity is to tell the consumer about the brand and what distinguishes it from its competitors in a straightforward and catchy design language. To do this with a simple logo is a virtuoso task, and technology can help solve it in a nontrivial and elegant way. For example, when worked on the Volleyball Nations League brand, we created a logo with the abbreviation VNL that expresses the essence of the game. Using motion cameras, we recorded the trajectory of the team’s players moving across the field, and then implemented those movements in letters of the alphabet. The energy of the stadium and the emotions of the fans and athletes were all conveyed in the visual identity of VNL.

Another example is our work for Brute, the wine producer in Hamburg. Together with programmer Patrick Hubner, we created a dynamic brand for the company: Each bottle of wine receives a unique label that tells its birth story, which is based on an algorithm that collects real-time data on the weather conditions in which the grapes are grown. So the brand identity gets another level of meaning, which is appreciated by both wine lovers and experts for whom the soil condition, weather and the potential of a given harvest have the same important characteristics as the name of the wine.

Technologies reinforced by powerful design can clearly illustrate ideas that might be difficult to understand or are too big for analysis. Working with the global organization of women leaders, Women Leaders Global Forum, we used the capabilities of semantic analysis to visualize real-time conversations about women in leadership. A dynamic graphic design, changing shape every second, shows what people are talking about right now in a simple visual form.

To be first or to be sincere?

The development of digital technology and the emergence of new virtual environments give designers the opportunity to open new doors for brands. Today, the arsenal of a branding expert goes beyond visual tools. For example, a brand can gain a voice or influence a person’s tactile perception. And the one who will be the first to successfully apply new technologies in branding has a good chance to stand out in a highly competitive environment. Nevertheless, the use of 3-D technologies, flexible design, integration with voice assistants and VR-environments are becoming more common, which means that technology will not surprise anyone. These are all effective technologies to implement a dialogue between the brand and the consumer, and to reinforce the main idea a brand brings to people—and which we designers are expressing in ways that are available to us today.

Nicolas Zeuss is director of design at Landor and is based in Moscow.

This article was first published on adindex.ru.