We find ourselves in a place where on the one hand we have more toilet paper in our homes than ever, but on the other, we have no live sport to watch! Who would ever have seen this coming? Certainly not the sports industry which has seen its annual calendar virtually wiped out.

How can firms even think about growth at a time where their primary product, live sport, is no longer available for fans? History and data have taught us that when brands act effectively in a time of crisis, they emerge far stronger than competitors after the event. So, what can sports brands do to remain relevant when disappearing is not an option?

Sport is fortunate to have a lot of alternatives to offer at this time. We’ve seen it lead the way to tackle global crises and issues on many other occasions and, as Nelson Mandela noted, “Sport has the power to change the world. It has the power to inspire. It has the power to unite people in a way that little else does.” It has been the stage for fighting against racial injustice, women’s rights, and even mental health. A rugby player proudly announcing they’re a member of the LGBTQ community has become far more powerful in creating change than any politician.

In fact, it was sports governing bodies that led the way on banning mass gatherings before our governments did. Our sports men and women were the first to publicly announce and discuss what it is like to have the virus.

Consumers are also asking brands to get involved, with 93% of US consumers saying brands need to stand up and help (Mindshare US, 17 Mar). It seems now more than ever that sports brands must use their unique power to galvanize and unite communities. During a time of isolation with little person-to-person interaction, it’s important to be more creative than ever.

First and foremost, you need to know what your brand stands for. What is at your very core and why is it that fans love you and follow you. Use this as a lens for all your communication and decision making on what activities to pursue. To help get you started, we at Landor, have put our heads together and identified four areas we feel sports brands can look at to release creative solutions to keep their fans and the world engaged.

With games, matches, and competitions now void, some of the largest spaces are left empty. We’ve seen Chelsea Football Club and Gary Neville offer up their hotels to key medical staff. We’ve seen Wembley Stadium light up its iconic arch in NHS blue. But what can we do with the actual grounds? If you’re a brand that puts your community at its heart you may want to consider some of the following:

We’re now in a time of ‘e-everything’ with many brands using online channels to engage supporters and customers. John Legend and Chris Martin have done e-concerts’ from their homes and many zoos and aquariums are live-streaming their enclosures and tanks.

Sports brands have an incredible opportunity to leverage their star power to attract and engage fans. This is your time to use players, who’ll now have unexpected down time, to educate and inspire. If you’re looking to grow brand loyalty and closeness with your fans you may want to consider connecting with them in a more intimate way:

Sport is, of course, one of the greatest forms of entertainment in the world, so the loss of competitions, games, and matches has been breaking fans’ hearts across the world—at a time where they’re craving distraction. With the country at home, people are searching for entertainment more than ever. 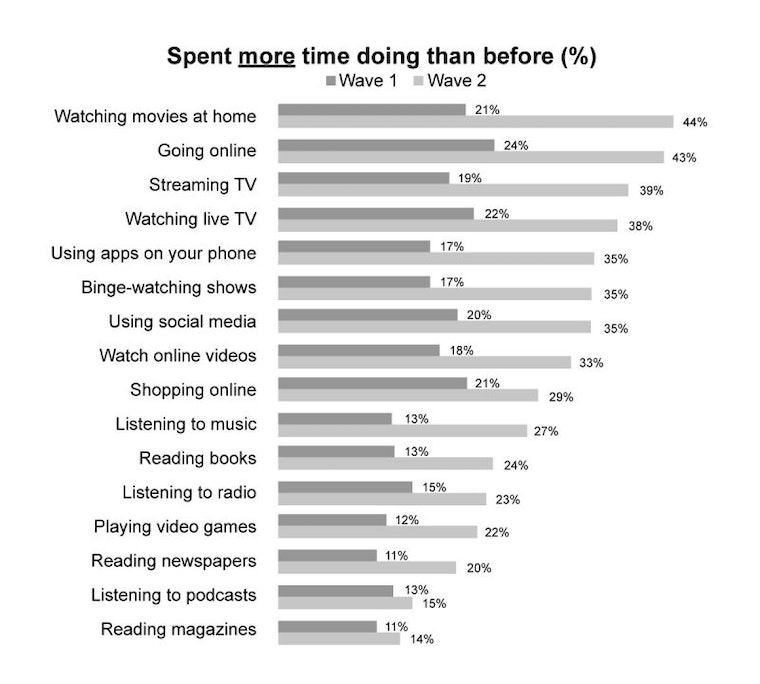 Sports brands need to be thinking differently and creating new ways to interest fans without their usual product. Brands with innovation and forward-thinking at their heart may want to harness technological advancement, here are some ways to remain relevant and provide entertainment:

Coca Cola, P&G, Barclays, and Intel Corp are all major sponsors of tournaments that have been suspended or postponed due to the pandemic. Those that have plugged almost £500 million this year,(and $4 billion in the last three) into creating the Tokyo 2020 Olympics have found themselves losing their core platform for 2020 that all brand and marketing campaigns had been planned around. With months until the Premier League is even in a position to kick-off again, over a year until we see the Tokyo Olympics and of course the delay of Euros 2020, how can these loyal sponsors stay relevant when the event noise has gone silent?