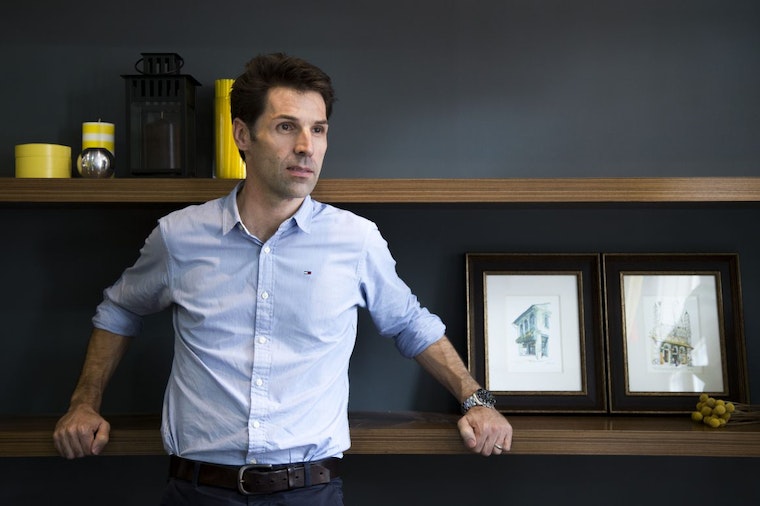 George Calombaris has tarnished the MasterChef brand. And his comrades Preston and Mehigan have lost support of him. In order to rebuild the brand it needs to be repositioned and refreshed, argues Nick Foley.

The off-screen lead up to this week’s MasterChef finale has been almost as riveting as the program itself. Last week, it was revealed that one of the show’s celebrity chefs, George Calombaris, underpaid his employees to the tune of $7.8m.

The unfortunate distraction from the MasterChef main course didn’t end there. Tourism WA unceremoniously dumped Calombaris from its latest campaign. Then, just before the grand finale aired, Network Ten announced its three hosts would not be part of the franchise in 2020.

Weighing into the discussion, Prime Minister Scott Morrison has committed to criminalizing wage theft, while former ACCC chairman Allan Fels stated: “There should be the real prospect of jail sentences…” in instances of wage theft.

The Twittersphere lit up this week over the drama, but one tweet from the Victorian Trades Hall stood out from the rest: 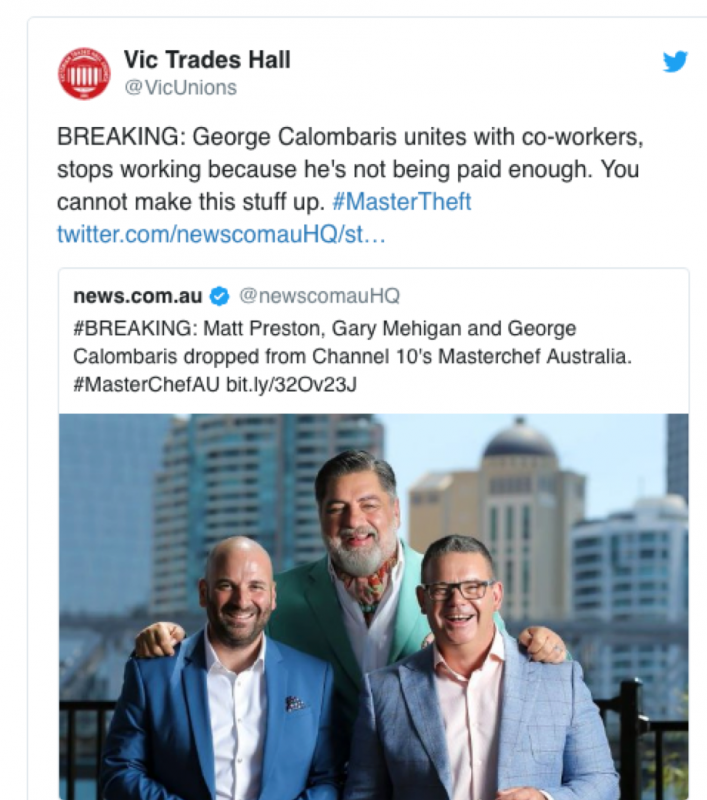 It does seem a bit rich for the show’s three smiling hosts to purport to champion young and upcoming Aussie chefs, when one of them is guilty of underpaying his own team, and his two comrades are clumsily trying to step around that fact. Quite shameful, really. And the fact that the three have formed a production company speaks volumes about the judgment of Preston and Mehigan, given that Calombaris is now branded as toxic.

How all of this plays out for Calombaris is anyone’s guess.

The lyrics to the show’s theme song, Katy Perry’s “Hot and Cold,” are proving to be quite prophetic: “Cause you’re hot then you’re cold. You’re in then you’re out, you’re up then you’re down.”

Of course, the thing about celebrityhood is that you can go from rooster to feather duster in the twist of a pepper grinder. The more important question, however, is: What does this mean for the MasterChef brand?

By the transactional standards of reality TV, MasterChef stood out for its high production value, world-renowned guests, slick format and magnificent set. It has also been a master class on how to attract brand endorsement from marketers keen to get their products in all the right places. Like any robust brand, it has stood the test of time, gracing our screens for the past 11 years. That’s no easy feat and says a lot about the show’s production company, Endemol Shine Australia, its core production team, and Network Ten’s commitment to the franchise.

But it’s also been coming off the boil in recent years. Even with the surprise departure of its three celebrity hosts, this week’s MasterChef finale attracted just 831,000 viewers, a long way from its dizzying heights of 3.7 million back in 2009.

Great brands are made of four key ingredients. At the time of a brand’s launch, it’s all about being (1) relevant and (2) standing out from the competition. Over time, it then needs to be (3) trusted and (4) held in high esteem to achieve long-term success. When all four of these variables are performing optimally, a brand is in a formidable state.

Sadly, the recent actions of Calombaris have tarnished the MasterChef name, which in branding terms will deplete consumer trust in that brand. But where to next?

There are only three key choices when it comes to repositioning a brand.

You can create a new position, opt to reposition an existing brand, or take the more risky approach of de-positioning one of your competitors. No doubt the latter option is what Calombaris, Mehigan and Preston will endeavor to do if they can convince a new network that the world really does need another celebrity chef show.

For MasterChef, it’s a useful opportunity to breathe fresh life into the franchise through new brand ambassadors. Network Ten needs to strike the right deal with fresh talent—and rumored new judges Curtis Stone, Maggie Beer and Poh Ling Yeow could be the zing MasterChef needs. And some tweaks to the show’s format could elevate the franchise in a way it hasn’t been the past couple of seasons.

Positioning brands for future success can sometimes appear more complex than it actually is. The focus should always be on creating a brand position that is desirable, distinctive and credible.

As long as the new brand ambassadors treat their own teams with respect and pay them what they’re worth, the MasterChef franchise will quickly restore the trust that took a real hammering this week.

Nick Foley is Landor president, SEAPJ and is based in Sydney, Australia.

This article was first published on mumbrella.com