Ever since the massive success of the Intel Inside initiative, the power and potential of ingredient branding has been well understood.1 As the name implies, ingredient branding means giving a component of a product its own brand identity. It can be a tantalizing proposition for those looking for new ways to differentiate. But ingredient branding is full of hidden dangers and often doesn’t deliver the expected results. To understand some of these dangers, let’s take a look at the animal kingdom and see what we can learn there. Nemo, the clown fish star of his own movie, represents the best case for ingredient branding, living as he does in symbiotic harmony in an anemone for the mutual benefit of both.

But for every clown fish, there are many more animals that are predators or parasites. Take, for example, the cuckoo. The cuckoo lays its eggs in other birds’ nests and its demanding chicks often push out the host birds’ eggs to get more attention and space. What’s true of the animal kingdom turns out to be true in the world of ingredient branding. Many ingredient branding partnerships don’t turn out well for both parties–there’s usually a winner and a loser. The question for those determined to take the ingredient branding path is: Are there any clown fish out there and, if so, how do you find them?

Westin’s Heavenly Bed is one of the greatest ingredient brand success stories. Back in the late 1990s hotels were battling one another over amenities and in-room entertainment. Westin chose another path–it went back to basics developing and branding a better bed. Instant differentiation!

The Heavenly Bed had all the elements for a perfect ingredient brand initiative:  It gave Westin ownership of something critically important to guests (a good night’s sleep).

Westin was the first mover in this type of amenity, and competitors could not easily follow (they could match the quality of the bed but they could not use the brand name). The impression of Westin’s hotel rooms was altered by the bed. Because of their perception of the bed, guests gave higher ratings to the rooms in terms of other criteria (such as cleanliness), and these better scores translated into better occupancy rates. All this has equaled great success. To date, 30,000 Heavenly Beds have been sold. And 100,000 pillows.

Hemi: Although the hemispherical combustion chamber design had been around since the earliest days of the auto industry, Chrysler was the company that trademarked the name and then used it extensively in advertising its Dodge Ram and other trucks and cars with Hemi engines.

Techron: In a category where consumers often choose a gas station based on how easy it is to get to the pump, Chevron has been able to differentiate its product by using its Techron additive. Consumers may not know what Techron is exactly, but they know enough to associate Chevron with a better, cleaner gas.

Geek Squad: Faced with increasing competition and pricing pressure from Walmart, Best Buy reinforced its service credentials by acquiring Geek Squad and its in-store, in-home, and online customer service and support, and its more than 18,000 “agents.”

Intel Inside: An ingredient brand eats its hosts

If ingredient branding brings this kind of success, what’s there to worry about? Let’s take a look at some sinister examples where ingredient brands, if not eating up their hosts entirely, then at least took a large bite out of them. The Intel Inside initiative, the most famous of all ingredient brand programs, is a cautionary tale worth examining. Launched in 1991, Intel Inside followed a model that chemical companies had successfully used to promote their patented products further along the value chain. DuPont was a pioneer of this idea and had used it to establish the Lycra, Kevlar, Teflon, and rayon ingredient brands. These brands provided enhanced credibility for the host company and proof of specific and important benefits (for example, Teflon equates with nonstick). 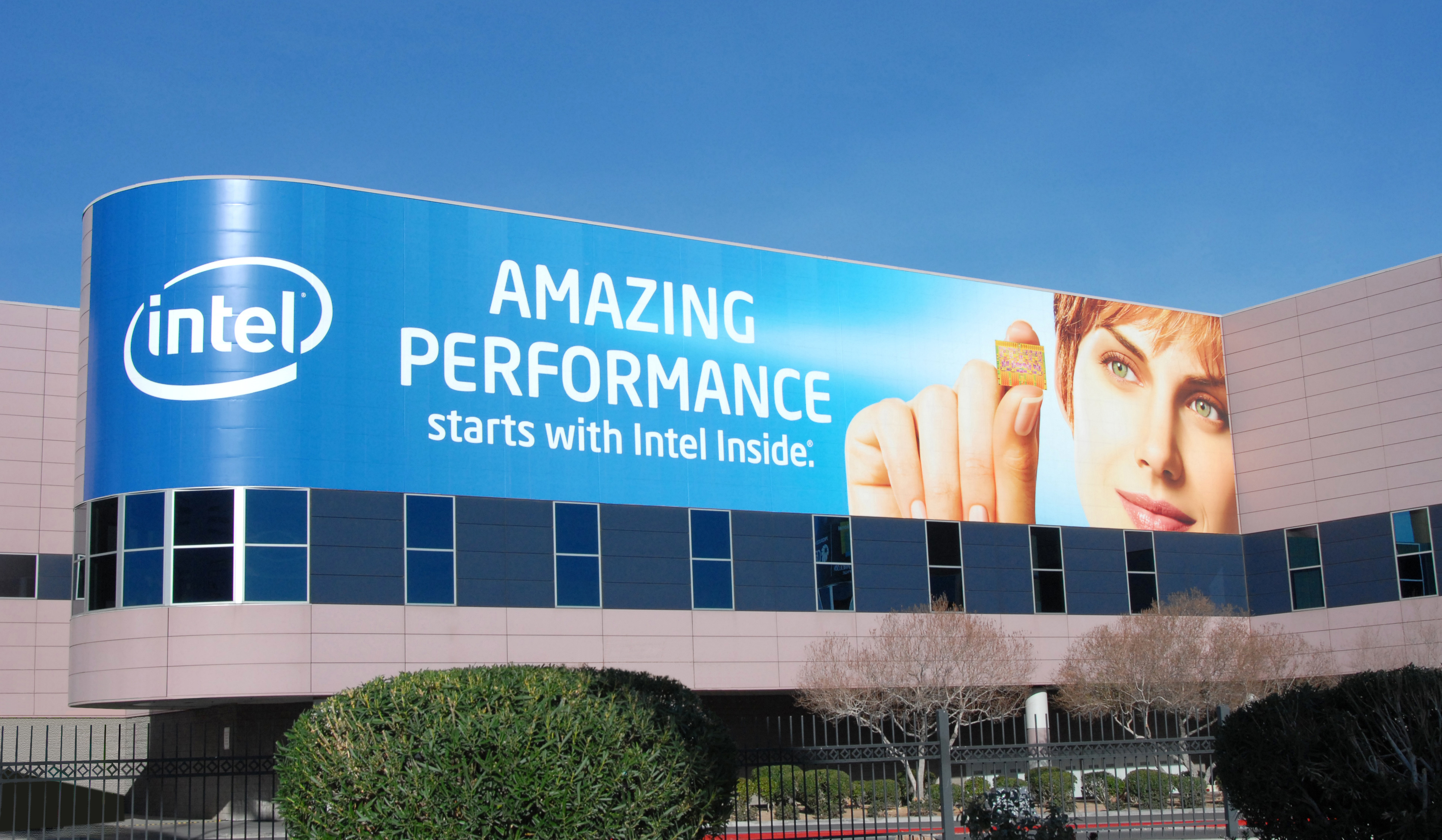 But Intel took this approach to a whole new galactic level. The company negotiated deals with all the leading original equipment manufacturers (OEMs) and supported the Intel Inside launch with significant marketing dollars both directly to the consumer and indirectly through advertising subsidies to its OEM partners.

As the program gathered momentum, Intel was transformed from a component supplier to a marketing and branding powerhouse. Recognizing what they had unleashed, some leading OEMs (IBM and Compaq) tried to pull out of the program. But it was too late. The OEMs were addicted to the money, and consumers had been trained to look for the Intel mark as the most important seal of quality.

The Intel Inside ingredient brand initiative worked out extremely well for Intel but not so well for the OEMs. Intel’s brand value went into orbit (it consistently ranks as a top 10 global brand) while the OEMs gave up important ground on differentiation because they were all using the same Intel chips.

Other ingredient brands that appropriated their host brands’ equity

Kevlar: Just one product from DuPont’s stable of ingredient brands, Kevlar was developed in 1965 and originally used as a replacement for steel in racing tires. It’s been used for body armor since the 1980s. Do you know who makes a Kevlar vest? No? Whoever the manufacturer is, these vests are always known as Kevlar vests. 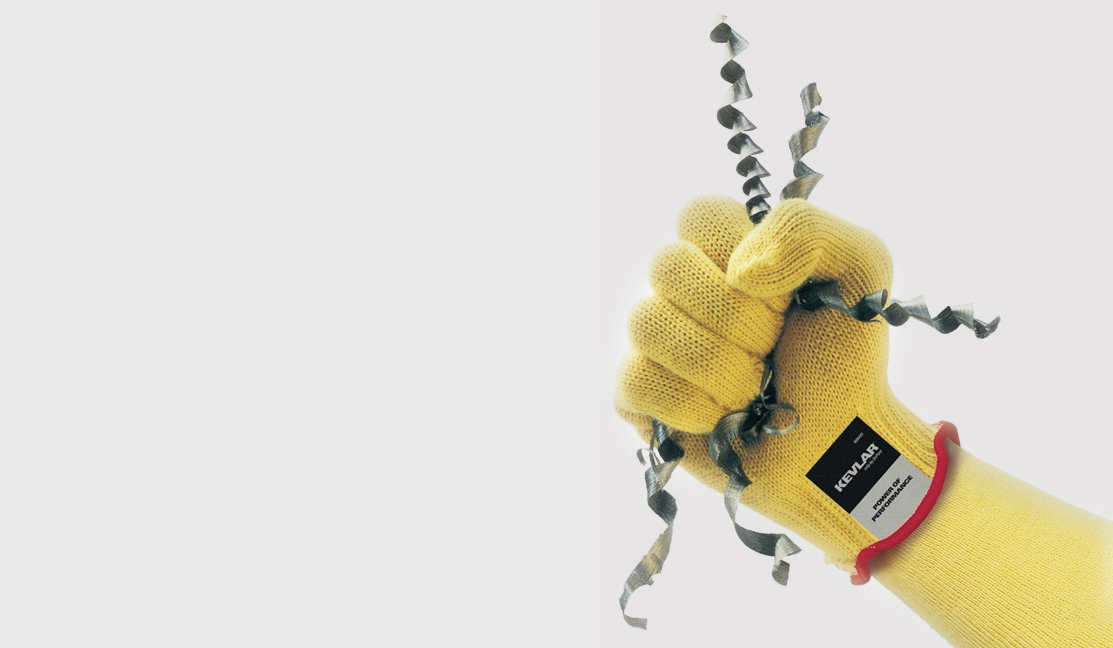 Gore-Tex, Juan Valdez, and NutraSweet: There are so many more examples. The Gore-Tex website lists 85 brand partners from Adidas to Spyder that use Gore-Tex fabric technology. For years, Juan Valdez, the icon for Columbian coffee, has been helping promote this coffee’s quality on all the cans of the major brands. As for NutraSweet, even Coca-Cola put the ingredient label on its Diet Coke cans (at least until Monsanto’s patent expired). Getting access to quality credentials, technology, or innovation has driven many host brands to consider ingredient branding solutions. But, as Marlin, Nemo’s dad, would say: “With fronds like these, who needs anemones?”

Are there any clown fish out there?

After reading these examples, you may conclude that (1) as a host brand, you need to develop ingredient brands yourself, otherwise you will get locked into a partnership that sucks the equity right out of you; (2) as a component manufacturer, you must find a way to bamboozle a host brand just so you can, in fact, hook it into such an equity-sucking program.

The chances for a mutually beneficial partnership seem remote. After all, both the host company and the component manufacturer want the same thing: to build up their brands and business. What the host company wants out of an ingredient partnership is exclusivity and supplier choice, whereas the component manufacturer wants the exact opposite: multiple partnerships with exclusive (that is, no other supplier) arrangements. Can opportunities for win-win partnerships exist? Here are some clown fish contenders:

Starbucks/Barnes & Noble: Barnes & Noble has an exclusive partnership with Starbucks to run its in-store coffee shops.

Why this partnership works: Even though coffee shops are a vital part of the business model in terms of competing against Amazon, these in-store coffee shops are still a complementary service for Barnes & Noble. The bookstore does not need to prove its own credentials by selling coffee and can safely outsource to Starbucks, which has the proven expertise.

Tetra Pak/juice and other beverage manufacturers: With a long history of packaging innovation, Tetra Pak supplies complete solutions for processing, packaging, and distributing food and beverages. Manufacturers, rather than try to develop packaging solutions for themselves, typically prefer to partner with Tetra Pak.

Why this partnership works: Tetra Pak does the packaging and the manufacturers do the product–they are complementary activities (just like the Starbucks/Barnes & Noble partnership). However, the sameness of beverage packaging structures presents a differentiation opportunity. In a sea of Tetra packages, anyone who chooses a different supplier will stand out from the crowd.

Oreo McFlurry/McDonald’s: The McFlurry is McDonald’s vanilla ice cream dessert with pieces of candy or cookies mixed in. Oreo is one of the varieties. (There’s an M&M’s version as well). 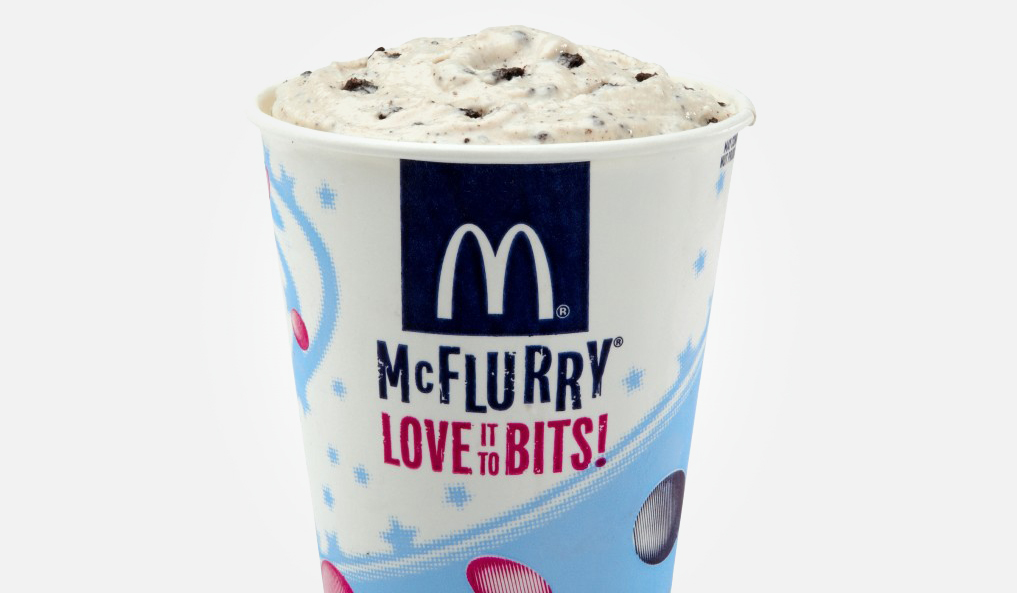 Why this partnership works: This is not an exclusive partnership (Dairy Queen has its own version of this product-the Dairy Queen Oreo Blizzard), but the few times that McDonald’s allows other companies to brand their products in its restaurants aren’t going to undermine its brand. This is one area where McDonald’s can afford to be generous. Don’t expect to see anything like this with McDonald’s hamburgers, though.

Woolmark/clothing manufacturers: Australian Wool Innovation established the Woolmark logo in 1964 to help promote the Australian wool industry. Its label has become one of the most widely recognized quality seals throughout the world and is seen on over 50 million new products a year. 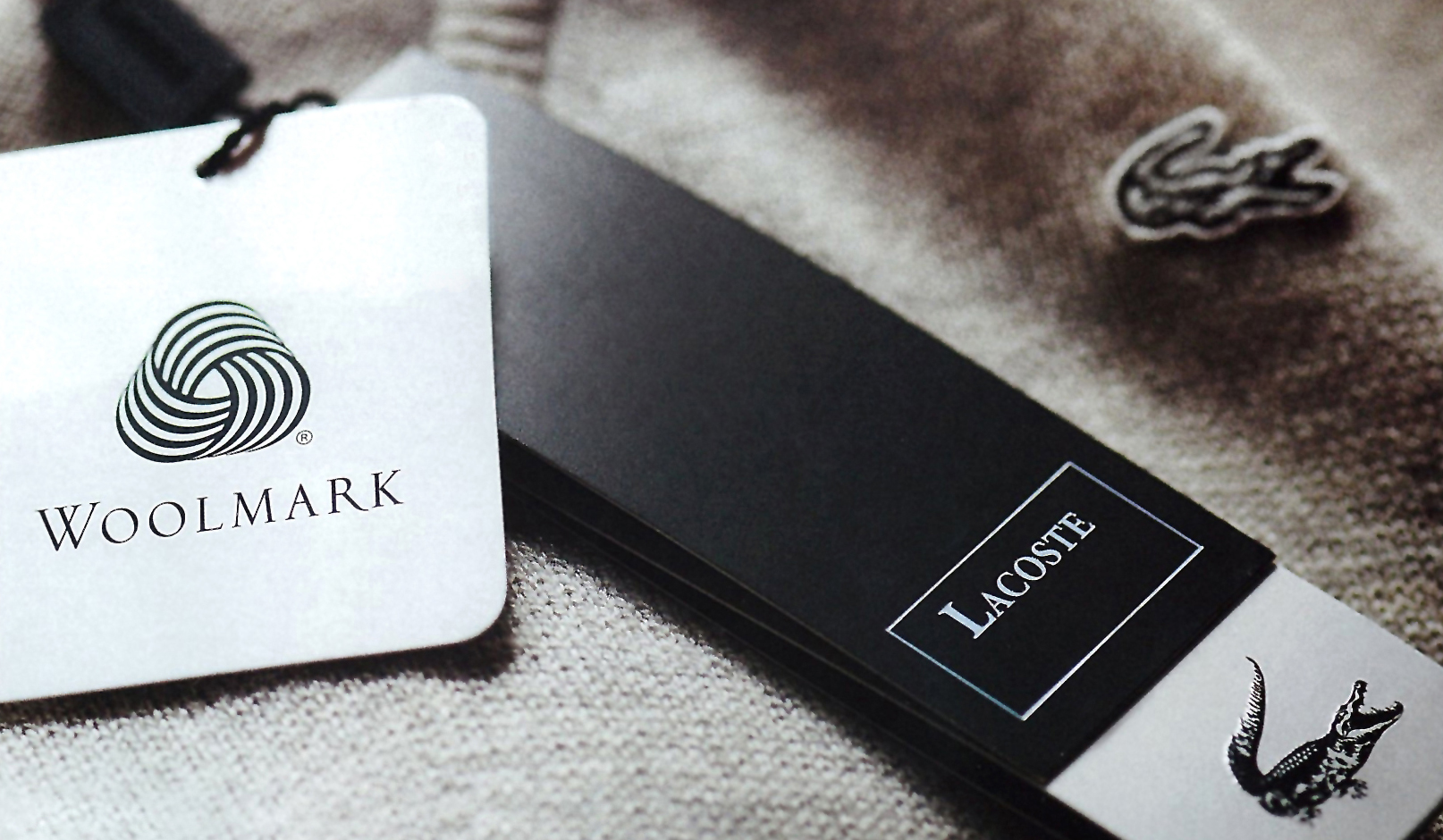 Why this partnership works: Unlike the Intel example, this is a case where the use of an ingredient brand as a seal of quality is less risky. The Woolmark logo gives all of those who use it a quality assurance benefit. But there’s plenty of room left for differentiation in clothing type and styles.

Five key questions to help determine if ingredient branding is right for you:

1. Do you need it? In a study to determine the benefits of ingredient branding, Research International found that the use of a premium brand of chocolate chips added value to a middle-of-the-road cookie brand (Nabisco) but actually detracted from the value of the category leader, Pepperidge Farm. Consumers already expected Pepperidge Farm to have the best ingredients, so branding these ingredients generated consumer skepticism. If you are already perceived by consumers to be differentiated, ingredient branding may be unnecessary and even counterproductive.

2. Can you do it yourself? The examples of Intel Inside, Kevlar, and others should warn you that ingredient deal partnerships are risky. Sure, a partnership gives you access to the equity of brands that already have some strength. But when a host brand and an ingredient brand partner are both trying to build their business and brand, it’s often a zero-sum game and only one will come out ahead.

3. When should you stop? Even the introduction of a single ingredient brand will take attention from the host brand. Sometimes (for example, Westin’s Heavenly Bed), branding an ingredient can help you establish ownership of an important and differentiating benefit. But often it’s one more piece of unnecessary information. Have you ever read a sales brochure from a technology company that presents a blizzard of trademarked features that fight each other for your attention? In branding, less is often more.

4. What should you brand? By branding an ingredient, you are drawing attention to it, over and above all the other features that are not branded. You are telling consumers that this particular thing is particularly important. Pick carefully. It’s risky to brand something that’s core to your main brand (think of the risk McDonald’s would have if it ingredient-branded its hamburgers), and irrelevant to brand things that consumers don’t care about. Important but not critical seems about right.

5. Can you find your Nemo? There are times when ingredient brands can lead to harmonious and mutually beneficial relationships if you look and evaluate carefully. But it’s definitely a challenge to find a partner that can make a real and impactful difference to your business and won’t eat away at your brand.

This article first appeared as “Finding Your Nemo: How to Survive the Dangerous Waters of Ingredient Branding” on chiefexecutive.net (March 2010).
© 2010 Chief Executive Group, LLC. All rights reserved.

Increase your odds of M&A success with brand architecture

A well-defined brand architecture strategy during an M&A deal improves a company’s chance of success. >

How do you know if you have a weak corporate brand? Six tips for assessing your brand. >