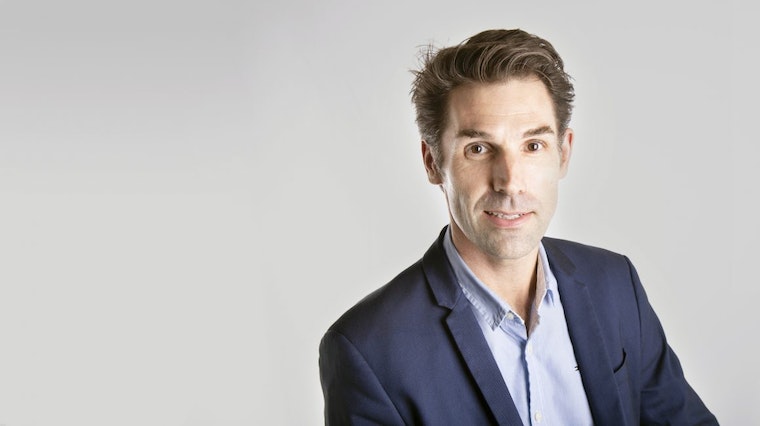 Making a feature film with two well-known automobile brands in the title could be perceived as shifting product placement to an entirely new level. Interestingly, director James Mangold’s take on two industry rivals back in the 1960’s is not the first-time brands have featured prominently on the big screen. Back in the 1990’s, Harley Davidson and the Marlboro Man proved to be a savvy approach to navigating the ever-increasing restrictions placed on tobacco brands by many governments around the world.

Although, this paled into insignificance when compared with a movie starring plastic figurines trying to save the world. Yep, that’s right, here was a movie, featuring a popular Danish brand, that cost US$65 million to make and has since notched up US$468 million in box office sales since its release. What’s more, the brand managed to get moviegoers to buy a ticket and sit in a cinema to watch what was effectively a 100-minute long advertisement for Lego. Not bad going considering most marketers struggle to hold their target audience’s attention for 30 seconds!

Of course, this isn’t the first time we’ve seen a car brand partner up with Hollywood and it probably won’t be the last. A 1969 tale about a gang of English robbers aiming to steal a ton of gold bullion right from beneath the mafia’s nose provided an excellent backdrop to the agility of the original Mini Cooper S. In-fact, the Italian Job, starring a young Michael Caine, did so well that it was remade by Paramount Pictures in 2003. Although, this time starring Charlize Theron, Mark Wahlberg and BMW’s shiny new acquisition – The (Bigger) Mini Cooper.

Aston Martin is yet another famous marque that has benefited handsomely from capturing the attention of Hollywood’s elite. A variety of Astons have had an on-again, off-again love affair with the best-known spy of them all; James Bond. In the years when MI6’s most renowned agent, 007, wasn’t pursuing evil villain’s in a silver Aston, both Lotus and BMW were only too willing to step in and be Bond’s car of choice.

Somewhere around the time when a buff Daniel Craig agreed to play the first blonde Bond, the marketing team at Ford – at the time the parent company of Aston Martin – rediscovered the power of favorable product association. As Craig made his debut as a rugged 007 in Casino Royale in 2006, the Aston Martin DBS V12 roared back into moviegoers’ lives by delivering one of the most spectacular barrel-rolls any stunt team has ever pulled off. Craig’s performance as a rugged, no-nonsense Bond skewed the movie franchise toward a much younger demographic and Ford’s marketing team realized they’d backed a winner by bringing the Aston back to life through its association with Ian Fleming’s super-suave spy.

In 2007, Ford parted ways with a number of car brands as it set about rationalizing its portfolio to reflect a more monolithic structure – with significantly less diversity. Whilst Aston Martin is now owned by a consortium of British investors, it still shares the stage with the debonair 007 whose penchant for tuxedos, shaken martinis, and exotic cars shows no signs of abating. As for the brand of the blue oval with popular product brands like the F100 and Mustang, perhaps its brand custodians were keen to reignite the company’s relationship with Hollywood through the release of Ford Vs Ferrari. 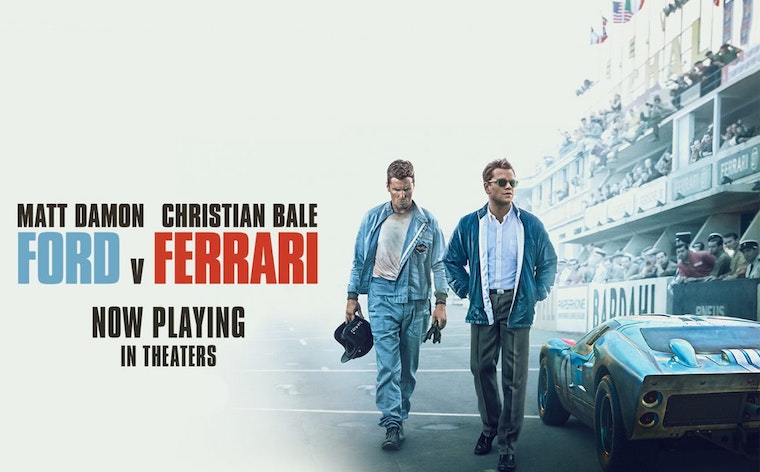 Interestingly, Ford Vs Ferrari is less about the cars themselves and more a story of a seasoned race car driver seeking to reignite his career. Set in the early sixties, it centers around Carroll Shelby (Matt Damon) who has to suddenly quit the racing scene due to his health. Realizing his days as a driver is behind him, Shelby moves into designing cars and so begins a working relationship with Ken Miles (Christian Bale).

Somewhere in the midst of this petrolhead bromance between Shelby and Miles, the story switches to Detroit, Michigan, where marketing execs at the Ford Motor Company realize they need something special to change the way in which their brand is perceived. The brand team net out on a plan to breathe relevance back into the Ford franchise by building the type of car that can take on the likes of Ferrari in the 24-hour race at LeMans. The catch on Ford’s deal with Shelby is that he can have all the resources he wants to build a supercar, however, he has to have something on the circuit in ninety days.

If the movie was purely about two car brands thrashing it out on the racing circuit of Le Mans, then one may have cause to level the accusation of product placement at the film’s producers. The good news for moviegoers, though, is that you don’t need to be a car aficionado to enjoy the thrills and spills of human behavior that underpins the Ford Vs Ferrari storyline. On the race team, there’s Shelby and Miles committed to building the Ford GT 40. On the other side are the Ford execs in Michigan hellbent on changing how the brand of the blue oval is perceived and being quite unreasonable in the process. It makes for a good plot, although, takes a while to shift into top gear.

Unlike some movies in which the level of paid product placement is palpable, Ford Vs Ferrari doesn’t have that sense. Both the Ford GT 40 and Scuderia Ferrari feel a natural part of the storyline and are logical co-stars for the tale unraveling. In no way shape or form does the inclusion of either vehicle in the movie feel forced in the manner of Pepsi in Back to the Future, Rayban in Top Gun, FedEx in Castaway nor Manolo Blahnik in Sex and the City. Indeed, this may just be one of the best subtle slides of some big-name brands into a movie that Hollywood has ever pulled off.

This article was first published on marketing-interactive.com.