Welcome to Landor’s esports series! In the coming weeks, we will dig under the skin of the industry, discover more about its meteoric rise in popularity and why, we believe, it will continue to flourish. In later posts, we will share how and why brands are pivotal to this story, with an emphasis on authentic engagement and investment, but today we want to focus on the basics.

The 2021 Summer Olympics will be different for many, obvious, reasons. One exciting new feature will be the first-ever IOC-endorsed, international esports tournament (the largest of its kind) held in parallel to the Games in Japan.

It’s the biggest signal yet that esports is worth taking seriously, having perceptually trailed behind traditional sports franchises for the last 20 years. Out of the limelight, slowly but surely, e-leagues have built a mammoth international fanbase. The moniker of the nerdy kid in his parents’ basement has vanished. Elite esports players are multi-millionaires, representing the biggest brands in the world and role-models to millions of young, affluent gaming enthusiasts. 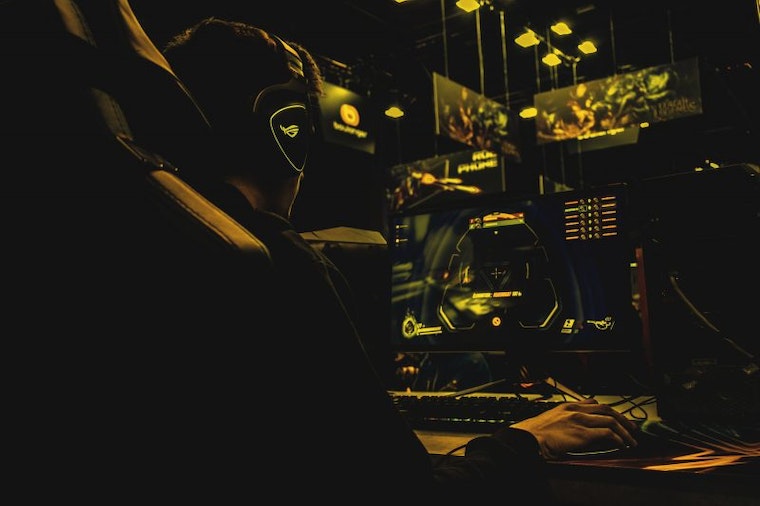 But, truthfully, how much do we actually know about esports? It’s a topic that has appeared in every leading sports publication and discussed extensively within marketing circles, but definitions and opinions vary. And where ignorance lies, stereotypes follow – particularly in Western countries – where esports has received a patchy reception.

Despite this, we believe there is plenty to be optimistic about. Newzoo (a leading esports insights platform) defines esports as “professional competitive gaming” where a tournament is organised and a prize is available – and the number of tournaments has dramatically increased in 2020.

With this in mind, we wanted to dispel some of the age-old myths surrounding esports. Knowledge is power and we want to arm brands with as much information as possible (assuming no prior research or understanding) so they can take advantage of what the industry has to offer. 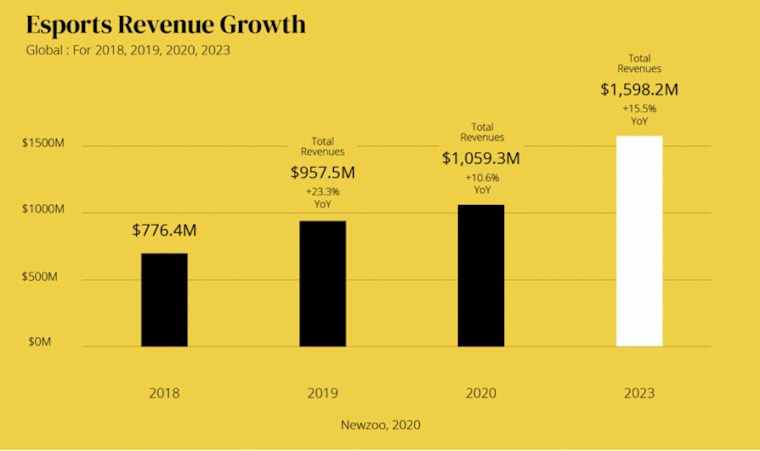 “It’s a fad. In a year’s time, it will all blow over”
This year, 1 in 4 people (2bn) will be aware of what esSports is and revenue will grow to $1bn, growing 15% year-on-year, despite COVID-19. Today, it makes more money than Major League Soccer, NASCAR and the EFL Championship.

The top two markets are China and the United States, so it bridges East and West. And whilst relatively small in audience in comparison to traditional sports, it has only existed in its current form for about 20 years. In this time, it has grown at a rate of knots and with its current trajectory, we predict it will become one of the biggest sports in the world.

“Esports is niche – it’ll never become mainstream”
When watched, adults are twice as likely to believe esports are real, and much more likely to play the game. (YouGov, 2017). Brands looking to enter the market need to tackle awareness of esports first. It is the single biggest barrier to esports adoption in Western Europe especially.

“It’s just playing sport online, right?”
Not quite. It is a common misconception that esports, referred to in these contexts as electronic sports, are just that. While the name is born from this, the industry, its players and enthusiasts are so much more.

Surprisingly, FIFA (the most popular online sport game in Europe) actually ranks 18th on the list of most played esports globally. The majority of the top 10 (League of Legends, Overwatch, Fortnite) have nothing to do with traditional sport. Themes range from strategy to fantasy to first-person shooter games.

“It’s only for geeky guy gamers”
All you need to become an esports player (other than talent) is an internet connection and a device – a PC, console or increasingly a mobile. It doesn’t matter what age, ethnicity, gender you are. This isn’t always the case for traditional sports, especially where there is a split between men and women.

“You’re just alone in your underwear”
Amazon Twitch, the largest streaming platform for gamers and esports enthusiasts, estimates over 100M unique views per month – as well as a number of sell-out IRL (in real life) events and tournaments.

With increased player endorsements and the involvement of global brands, there has been a huge shift from the virtual screen to the live stadium – and more and more fans are meeting for the first time.

It’s clear why esports is such an attractive proposition. A growing industry with a scope that spans the globe, a young, digitally-native audience and a level-playing field unlike many traditional sports. For us, it’s the perfect time to get involved.

We hope that this has been illuminating to demystify what esports really is, and if you are looking to go deeper, we hope that you’ll join us on this journey.

In the next installment of this series, we’ll discuss how brands have and can get more involved, particularly within the realms of sponsorship and investment.