Westfield USA considered everyone who shopped in its malls an important customer, from the 16-year-old “skate rat” to the 60-year-old grandmother.

In one sense, it was right.

Westfield’s patrons were like those of every mall in America–a random mix of teenagers hanging out, seniors shopping for grandchildren, office workers having lunch, moms running errands, and every other type of person you might imagine. 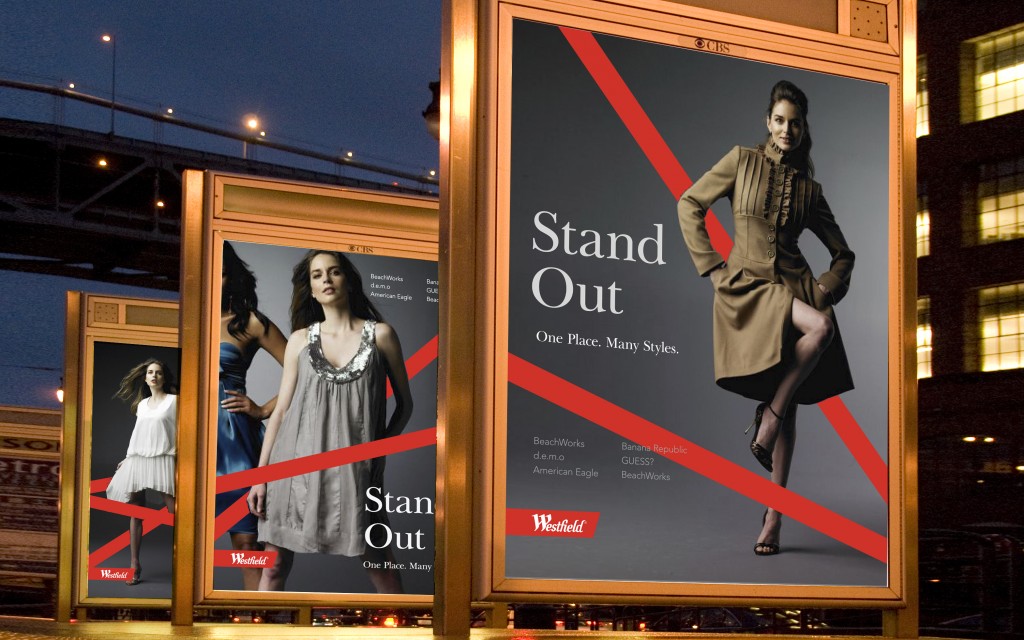 The surprise was that Westfield’s smallest group of customers actually turned out to be the strongest foundation for its brand identity and business. And it took the industry’s first-ever segmentation of mall shoppers to uncover that insight.

Searching for the core shopper

Landor started with a thorough quantitative and qualitative research study that examined both the demographic and psychographic drivers of propensity to shop. This allowed us to uncover the deeper motivations of Westfield’s shoppers so the segments could be prioritized.

Every segmentation study begins with empathy for all imaginable groups that might exist in a category. We developed a total of 11 segments, from what we called the Roaming Tribesmen (who need to shop with others to validate their choices and themselves) to the Multitaskers (who spend very little time in malls but hit multiple stores with strategic precision to optimize effort and time).

From these hypothetical segments we derived the key measures needed to understand these shoppers and determine their relevance to the future of Westfield’s brand identity.

We then formulated a questionnaire that would speak to a multitude of complex attitudes and needs. This narrowed down the segments to a more manageable number and eventually led us to our ultimate target shopper.

By now, we knew this was likely to be a person who loved shopping and who spent more money–and more time–shopping rather than less. What we couldn’t predict was how these characteristics would interact with the target customer’s focus, sense of self, confidence in purchases, or general behavior both in and out of shopping centers.

A total of 1,800 online questionnaires were completed in Westfield’s key zip codes. We asked people whether they shopped alone or in groups, size of group, average amount spent, shopping frequency, types of shopping venues preferred, desired experience, influence over others, level of enjoyment, hobbies and interests, and role of brand.

Based on the responses, we discovered seven distinct segments. It might seem logical to target the largest of these groups, but we chose a different approach.

Instead, we went back to the four factors we had identified as most important: loving to shop, being receptive while shopping, shopping frequently, and spending a lot while shopping. When we applied these criteria, only two segments remained: people who were influencers, motivated by curiosity, need, and passion; and those who looked to others for inspiration.

These two target segments were identified by the quantitative research based on our key indicators, but we needed more in-depth emotional and behavioral profiles to truly understand each segment and communicate effectively with them. Which segment would be the one core customer? Would the two segments require separate communication strategies, or was there a way to speak to both of them at once?

Our next step was to conduct intensive ethnographic research. Using an algorithm derived from the segmentation survey, we recruited men and women who met the chosen criteria. Those who fell in the influencer category, curious and motivated by need and passion, evolved into what we named Navigators, while those who looked to others for validation and guidance were called Social Seekers.

To get at the heart and soul of these segments, we conducted in-depth interviews with 16 people who fit the Navigator and Social Seeker profiles.

We not only spoke with them, but toured their homes, met their families, drove with them around their neighborhoods, and went shopping with them, both at various Westfield centers and at its competitors. What we learned about the two segments by spending time with them allowed us to grasp more fully how and why they differed from each other on a psychological level. This understanding encouraged us to reanalyze the quantitative findings to develop more complete profiles of these segments, which in turn would direct the focus of Westfield’s customer messaging.

First, we discovered certain compelling similarities between the two segments.

Although their love of shopping is similar, the two segments are very different in other ways. Navigators are organized, highly independent, and inwardly directed, driven by their own impulses and creativity. When Julie, a Navigator, was walking through the mall, she was constantly being pulled toward things that intrigued her–a woman dipping strawberries into chocolate, a wisp of Latin guitar being played on another floor. Navigators were also the early adopters of the mall culture and everyone–including Social Seekers–looks to them for leadership.

Social Seekers, by contrast, are significantly less confident, need approval from others, and are always reaching out for companionship. Denise, a Social Seeker, continually engaged with other people at the mall–the saleswoman who knew her by name, a woman at the food court–wanting to get their opinion of a lamp she bought for her daughter’s room, ask how something looked on her, or just chat about life in general. Social Seekers prefer strong customer service messages that will guide their choices.

This information allowed us to identify the key attributes that should be communicated at a Westfield mall: a sense of security and consistency; respect for shopping expertise; the feeling of being an insider or ahead of the curve; the potential for enabled discovery; rewards for Westfield loyalty; and the opportunity to shop alone and feel unrestrained.

By choosing the Navigator as its core target, Westfield could adopt the tone of an “expert mall” speaking to an “expert shopper.” The mall’s role would be to inspire the shopping journey, not to direct it. This would be a natural message for the Navigator to accept and a uniquely complimentary one for the Social Seeker to hear.

Armed with this new insight into the attitudes and behaviors of its key shoppers, Westfield USA became empowered to make smarter, on-brand business decisions that now drive how the organization operates internally and how it communicates with customers.

Westfield applies the algorithm from Landor’s segmentation work to its loyalty program questionnaire so that program members can be identified as Navigators, Social Seekers, and Others. Each group then receives appropriately targeted follow-up communications.

The Westfield leasing team also uses the segmentation in presentations to current and prospective retailers–Westfield’s primary clients. Investing time and energy in a robust customer segmentation has strengthened Westfield’s relationship with key clients such as Macy’s and the Gap. Retailers have been particularly impressed with Westfield’s efforts to understand their customers’ needs and preferences. In their eyes, Westfield has become a true business partner rather than simply a realtor leasing floor space.

Now only a few months into implementing strategies based on the research findings, Westfield has laid a strong brand foundation and has positioned itself as a leader in creating relevant differentiation in the largely uncharted world of shopping center brands.

Brick-and-mortar malls become destinations, thanks to 1,000 ideas from Landor that create a joyful experience for shoppers. >

To increase its chances of success in India, a luxury brand needs to take a holistic view of the customer journey. >