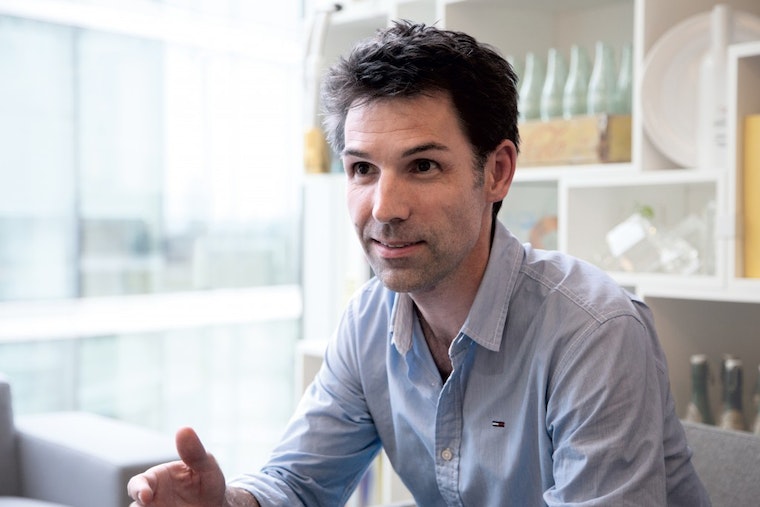 From many aspects, brands are just like people. In the same way that our minds subconsciously select values and attributes in those we want to be friends with, a similar process occurs when deciding which brands to engage with.

With this in mind, Landor was curious to determine which brands voters most associated the two political leaders with at the recent Australian election. The research commissioned by Landor assessed 10 different categories.

With the primary data collected, Landor then overlaid it with global research from its proprietary research tool, BAV (BrandAsset® Valuator). BAV measures brands across a range of metrics that determine the brand value of an entity. It considers brands through the lens of relevance, differentiation, esteem and knowledge and tracks over 56,000 brands in over 50 markets around the world.

The results of the study provided a useful insight into how each leader was perceived based on the brands the two politicians were associated with. One of the hot topics in the 2019 election was climate change.

The majority of respondents in the survey attributed the prime minister with the Ford brand, while Labor leader Bill Shorten was linked to Tesla. The BAV data paints a mixed picture for the government. BAV data reveals that Tesla ranks much higher on differentiation and is held in higher esteem than Ford due to its cleaner carbon footprint. Conversely, Ford has a much higher relevance among consumers who also have more knowledge of Ford than they do of Tesla.

The correlations between the two political rivals are not only interesting, but valuable when one considers how voters often make a link between policy and personality. As well as looking at car brands the study assessed the leaders across a range of other product categories.

With regards to tech brands, it’s not quite a case of Scott Morrison being a PC and Bill Shorten being a Mac, but it’s close. The links with Microsoft and Huawei aren’t anything negative; however, it does indicate that the prime minister enjoys broad appeal when seen in the context of a power brand like Microsoft. Huawei is still a relatively new brand in Australia and is seen as a “different brand” with strong links to China.

The benefit of overlaying the Landor Australian research with the BAV brand data was that it provided a unique insight into where each politician may be leading and where they could be lagging. Using the BAV construct, brands with leading attributes are marked high on relevance and differentiation. Whereas brands scoring high on esteem and knowledge are typically well-established brands that are often in a mature phase of the product lifecycle and benefit from higher levels of trust.

The Landor brand study of Australian voters just prior to the recent election revealed that the prime minister enjoyed a high affiliation with brands like Ford, Microsoft, R.M.Williams and XXXX Gold. For the Liberal party, this suggests that Scott Morrison had a broad appeal with voters and was widely trusted by the electorate.

The Landor study also considered fast food, sport, fashion, airlines, telcos, banks and media companies. In the majority of responses, we saw a difference between Morrison and Shorten. According to the research, the opposition leader is a Victoria Bitter sort of a bloke while the prime minister is more an XXXX Gold kind of a guy. If the prime minister was a fast-food brand it would be Grill’d, while the opposition leader would be Macca’s.

The two leaders were most similar in the bank, telco and airline categories—which is not entirely surprising. It wasn’t that long ago that the Australian government-owned Qantas, the Commonwealth Bank and Telstra.

If either the Liberal party or the Labor party were looking for any signs from this research, it would be this: Great brands stand for something while never standing still. They are nimble to risk and responsive to opportunity. To succeed in the long term, great brands are designed for change. Future-focused. Ever evolving. Such brands connect at a higher level and evoke emotion rather than reiterating facts. Striking the balance between relevance, differentiation, esteem and knowledge requires a deft touch.

Attributing brands to the prime minister and the opposition leader indicate that Morrison is held in reasonable esteem and has the appropriate level of relevance. These factors are less apparent for Shorten. However, Shorten’s connection to brands that are different and new aligns with a persona that is restless and looking to move the agenda forward.

In the recent Australian election, the leaders were personal brands; the results agree with the BAV comparisons: Brand Shorten was less understood but appeared to be the more exciting brand to know. Brand Morrison was seen as fairly established, a known quantity—ultimately, voters elected someone they trusted and had a solid knowledge of.

Nick Foley is Landor president, SEAPJ and is based in Sydney, Australia.