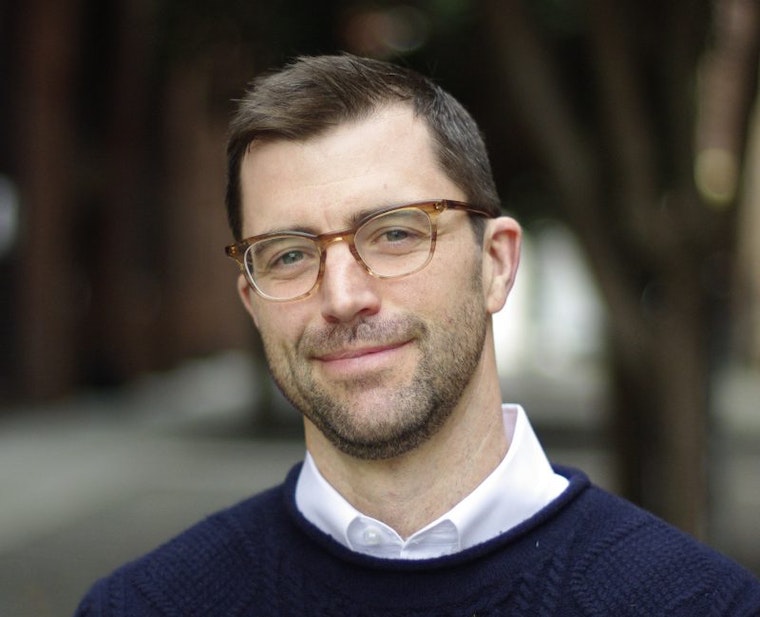 Last month, 180,000 people (including representatives of 4,500 brands and me) traveled to the annual Consumer Electronics Show in Las Vegas to get a first look at new gadgets and technology. Of all that I saw—augmented and virtual reality, wearables, toys, and games, next-generation processors and so much else—what was most interesting were the brands using AI to deliver better customer experiences. These brands are making the benefits of cutting-edge AI relevant to end users and using those benefits to strengthen brand relationships.

The “kitchen of the future” has been promised to us for years, and I’ve been patiently waiting for the day my fridge would tell me when my milk has spoiled. So it was with great pleasure that this year I saw firsthand how AI-enabled kitchens can reinvent cooking and dining for the busy household.

Two years ago, Whirlpool, the home appliance maker founded back in 1911, acquired Yummly, a “visual and semantic recipe search engine and aggregator.” As a stand-alone app, Yummly built a loyal user base of more than 20 million by providing personalized recipe recommendations, creating corresponding shopping lists, and even (in some markets) ordering the food and equipment for delivery to make the meal. At CES, Whirlpool revealed how it is using the Yummly app to power a new generation of connected appliances that “reimagine mealtime.”

The Yummly app’s ingredient recognition tool uses your phone’s camera—coupled with advanced image recognition technology—to detect ingredients you have in your kitchen and provide recipe inspiration. Point your device’s camera inside your cupboard and the app will answer the question “What’s for dinner?”

Yummly’s immersive, step-by-step video recipe tutorials educate and reduce the complexity of the cooking process. The app can send most of these recipes directly to select Whirlpool brand smart ovens and ranges to set and change temperatures, settings and cook time. The user, who also has remote control of these Whirlpool appliances, receives real-time notifications for each step. Rather than trying to make food preparation “frictionless” (a fully automated process, comparable to having your meals delivered fully cooked), the Yummly app enables a memorable and interactive cooking experience.

Technology on the farm

As I wandered the CES floor, I was surrounded by connected home gadgets, autonomous vehicles, VR demos and I even found a smart treadmill for overweight cats. But it was when I stumbled upon the John Deere booth that I knew AI technology had made its way to rural America. Appearing at CES for the very first time, Deere was showing off its AI-enabled agricultural solutions.

Deere’s stated purpose is “committed to those linked to the land” and the company touts innovation as one of its core values. In marketing its new AI solutions as part of “precision agriculture,” a steady stream of newly engineered features useful to farmers, John Deere is underscoring the company’s promise through its dedication to advancing the category.

For example, pesticides are a primary ingredient of big agriculture. But they also carry inherent hazards and financial costs to farmers. So there are plenty of good reasons these pesticides should be used as efficiently as possible. In 2017, John Deere acquired the cutting-edge See & Spray technology, which a new generation of tractors are now deploying. The See and Spray AI detects the difference between a weed and a desirable plant (such as cotton) and armed with this technology, Deere tractors can pick out the weeds and shoot them with a precise dose of herbicide. The biggest advantages are a huge reduction in the use and cost of herbicide—90 percent to 95 percent—and the elimination of herbicide-tolerant crop (another huge saving in seed costs).

At CES, John Deere also featured an AI-enabled combine. It uses AI, cameras and other sensors to track the terrain and quality of grain coming into the machine, automatically adjusting its settings. For instance, it precisely compensates for changing conditions like wet straw and weeds that even the driver can’t see. The results are greater crop yields and a corresponding reduction in fuel and environmental costs.

As with any new technology, AI can bring along considerable brand risks as well as opportunities, and the wisest brand stewards need to manage those risks.

One topic that was new this year at CES was “bias in AI.” Sadly, the existence of such bias is now well documented. During one session I attended, panelists noted that some facial recognition software is biased toward white men, and that Amazon had to scrap its AI recruiting tool because it was biased against women. Part of the problem with Amazon’s recruiting technology was that it relied on a data set of résumés from a 10-year period in which men were hired more often than women.

One of the experts on the bias panel, Priyanka Jain of Pymetric (which builds machine-learning algorithms), discussed how her company is addressing these sorts of problems head-on. To avoid bias, the engineers have developed a program called Audit AI that is deployed prior to the release of an algorithm and then monitors those algorithms. Last year Pymetric open-sourced Audit AI so it could be used as widely as possible.

I think matters about bias will be linked to concerns about transparency, which is a particular challenge for AI given the “black box” character of algorithms. Empowered by more choice and more information, customers have greater and greater expectations—and demands—for transparency. It is already a value for many brands and may become more important.

For many customers, transparency is a leading indicator of a brand they can trust. That trust is a scarce asset online these days, especially with the backlash against using consumer data to enable AI. A recent Recode survey found that consumers don’t entirely trust most major brands with their personal data. Facebook, which relies heavily on AI, ranks dead last on Recode’s survey trust index. And according to a survey from Gallup, 55 percent of Facebook users are very concerned about personal data being sold, with a majority of Google users similarly concerned. Tim Cook, in a recent speech on privacy, dubbed our current era as the “data industrial complex” and warned that “our own information, from the everyday to the deeply personal, is being weaponized against us with military efficiency.”

In that speech, Cook clearly targeted Google, Facebook and Amazon. But all brands that utilize AI have a responsibility to consider issues of bias, transparency and privacy. More and more brands may be at risk as consumers make choices based on these concerns. Conversely, openly addressing these issues can have near- and long-term benefits. A company’s brand can be seen as an honest and trustworthy partner in the customer’s exciting AI-enabled journeys.

Over the next several years, many brands that embrace AI may get burned as consumer attitudes toward these emerging technologies plunge into a Trough of Disillusionment. Brand crises for Facebook and other Silicon Valley companies may “poison the well” for others that also use AI. As with any new technology, brands are advised to proceed with caution.

I am always optimistic of tech’s future. Each year at CES, we see the new gadgets, play with the new toys and hear about the future. This year, with Whirlpool, John Deere and others, it started to feel like the future is today, as a wider variety of brands use AI to anticipate and deliver on what their customers want and need. Often before they know it themselves.