Artificial intelligence (AI) has well and truly arrived. A technology that 10 years ago provided the basis for unnerving sci-fi films, AI is now integrated into our lives, present in our pockets—and in our living rooms—all around the world. The transition has been surprisingly quick. But while brands have spent considerable time and effort optimizing customer experience on-screen, it seems they could be blindsided by AI brand voice, the thread that will likely hold together branding and the technology of tomorrow.

The importance of voice

Cast your mind back to the introduction of satellite navigation. Whether you had a TomTom or a Garmin, what immediately springs to mind is an oft-parodied caricature of a stubborn American voice barking out directions. Even with this early iteration of voice interaction, consumers had strong opinions about what they wanted to hear, and they made companies aware of it. The same is true of the dreaded call center. In a bid to improve customer experience, many United Kingdom–based companies moved their centers to Scotland to capitalize on the finding that customers considered Scottish voices more reassuring.

In a digital world where we interact with brands through an endless number of screens, there are progressively fewer human touchpoints between brands and consumers. In this landscape, voice becomes fundamental to creating a genuine and valuable emotional connection between brand and consumer.

Given that voice has long been acknowledged as an important tool for driving positive customer engagement, some branding considerations will remain unchanged in the face of AI.

AI can and should be thought of as a distinct brand touchpoint. As a result, tone and lexicon should be at the forefront of any AI branding exercise. The tone will be informed by the manner in which you want your brand to communicate with your consumer: Are you charming like Alexa or sassy like Siri? Lexicon goes hand in hand with tone. Brands should consider whether they want to communicate in the Queen’s English or if a more personable regional dialect or colloquial style suits them better.

In engineering a distinct AI brand voice, brands will have to revisit questions about the essence of their brand and determine how their identity should be represented auditorily. They must also bear in mind that the voice they create for their brand may eventually operate on its own without direct oversight from a brand team. AI is a tool that aids a brand’s overall identity, but it’s not a brand in itself. For a major lesson in what not to do, brand managers can refer to Microsoft’s AI public relations disaster with Tay, the bot that developed Nazi sympathies and a love of kittens while becoming decidedly off-brand for Microsoft.

When voice and interface combine

Where AI changes the game for brands is by acting as a point of intersection. This raises questions brands haven’t had to address—until now. One such point is between the vocal branding of AI and the physical branding of the interface housing it. I find Amazon’s Alexa to have quite a pleasant voice, but it isn’t well suited to the Darth Vader meets Bang & Olufsen interface that houses it.

Conquering the task of creating a voice that reflects your brand is almost pointless if it doesn’t work in harmony with its physical surroundings. Consider the interface you would want to interact with in a bank, for example, in contrast with that in a hotel. In a bank, you might look for AI to indicate authority and resolve; trust needs to be established. Meanwhile, the AI brand voice for a hotel would ideally complement the ambience and help create a mood of relaxation. It would be incongruent for the same voice to emanate from both the bank and the hotel. It’s important for brands to ensure that their vocal branding is fit for purpose and reinforces the physical branding around it.

At CES this year we saw Amazon’s Alexa integrated into everything from refrigerators to cars. The same voice, and therefore by implication the same Amazon brand, crossed into Ford, LG, and Huawei products—among many others.

What impact could this extensive brand integration have on the companies that chose to embed Alexa into their own interfaces? The pessimistic marketer could see this integration as ceding brand control—allowing another voice to characterize your products, muscling in on the connection with your consumers. But this is a narrow view, and one that fails to consider consumers’ needs.

Instead, think about who is best to play “host” in any given scenario. In a plane, for instance, you would likely prefer your meal to be provided by The Ivy (or some other well-known restaurant), as opposed to the carrier’s in-house chef. While Michelin-star airline food may be wishful thinking, the larger concept has already been put into practice. Just last year British Airways announced that it would be ditching free in-flight food for recognizable and reassuring fare from Marks and Spencer. 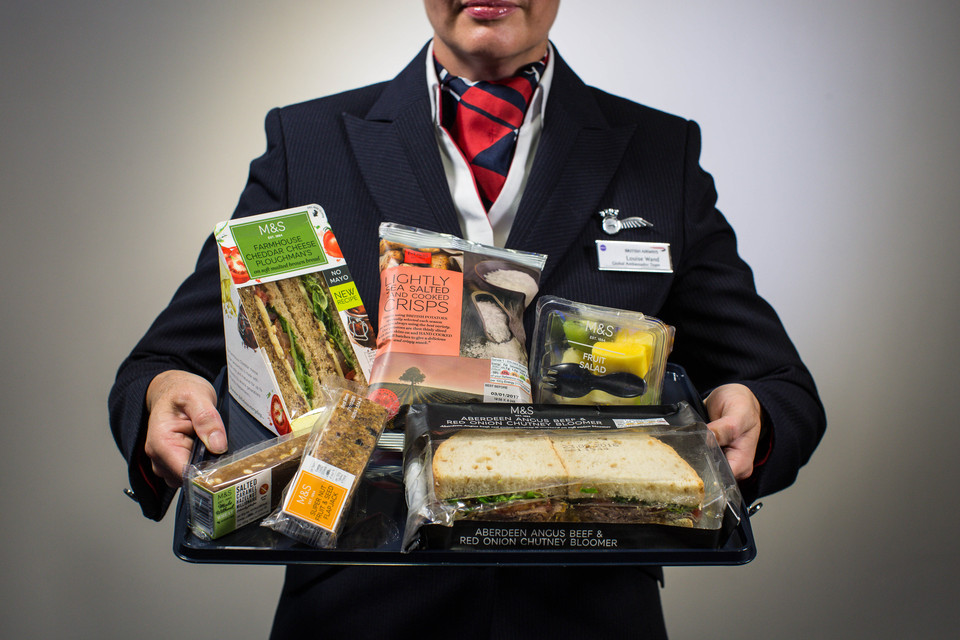 Apply this to AI integration, and it suddenly becomes clear that, in a car, for example, the consumer’s preference may well be for German engineering, but with GPS directions provided by Alexa. When hosting is considered as catering to specific elements of the customer experience, brand managers will realize that they are not ceding control at all. Rather, they are simply responding intelligently to their customers’ preferences in a way that will hopefully have a positive impact on their perception of the brand.

This question of who should host the consumer also applies to AI on a more complex level. Brands should consider which “mode” of the AI’s personality is most appropriate for the individual demands of its users. Mattel’s new AI for children, Aristotle, is an example of a brand that has already started to think in these terms. The toy company has devised an AI that will, for all intents and purposes, act as a nanny for your child. It currently has the voice of a young, energetic nursery teacher. Mattel says that the AI will be able to teach your child manners by requiring them to say please before certain commands, as well as help them with their homework. The company will need to consider which tone the AI should take for each specific task—friendly, authoritative, disciplinary—as it looks to develop Aristotle into less of a bot and more of a companion.

In terms of gender, Mattel seems to have already decided that a female voice is better equipped to act as a surrogate parent with kids. This, too, is another crucial question that brands haven’t had to ask themselves until now—making a definitive choice about their brand’s gender identity.

Ultimately, the diverse needs of humans will have to be matched as accurately as possible by the diverse delivery of AI. The points above should act as initial questions for brands looking to tap into the rapid rise of AI, but they are by no means an exhaustive list. As we experience the development of this emerging technology, the possibilities from a branding perspective will only increase, bringing along even more questions for companies and consumers alike.

This piece was originally published as “The ‘voice’ sounds quite important to brands thinking AI” on CMO.com (10 February 2017). Republished with permission.

Since the days of the Terminator and the Jetsons, artificial intelligence has been a long-predicted invention. With day-to-day use of AI on the rise, Thomas Sauvage weighs in on what’s to come with the future of branding and AI. >

To celebrate Landor’s 75th anniversary, we'll be posing futuristic “What if...?” questions throughout the year. Peter Knapp kicks things off with a conversation about artificial intelligence. >